Why does Todd Starnes still have a platform? Oh right, because millions of deplorables still eat up his Christian persecution, anti-Muslim, anti-atheist, homophobic, transphobic, “everyone is bad but old fat Christian white guys” rhetoric. 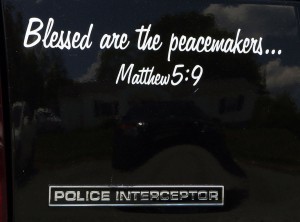 On Friday, he published a post on FoxNews and his website called, “Sheriff Ordered to Remove ‘Blessed are the Peacemakers’ Decals.” The post covered the story in which Montgomery County, Virginia police officers were told to remove decals from their patrol cars that said, “Blessed are the peacemakers…Matthew 5:9.” The order came from the board of supervisors after consulting their attorneys. Not surprising — there have been similar cases throughout the US recently where police departments have been forced to take down other religious decals from their vehicles.

Todd Starnes, however, can’t accept such a, as he put it, “detestable order.” Not only does he disagree with the need to remove religious decals from government decals, but he also challenged the aptitude of the lawyers who advised Montgomery County to remove the stickers.

It sounds to me like the Montgomery County Board of Supervisors is in desperate need of an attorney who understands the law.

Correct me if I’m wrong, but I’m not aware of Todd Starnes’s law degree or body of work as a constitutional law attorney. I am aware, however, of his repeated claims of persecution every time someone who is favoring Christianity in the public square gets challenged and loses. I’ve taken several law classes and I follow constitutional law cases closely. I’m no expert by any means, but this one is easy. So easy, that no one even had to be sued for the police department to act on it. The first agency to ask about the decals and their legality was a local newspaper, the Roanoke Times.

But instead of trying to understand the Constitution and related legal precedent, what does Todd Starnes do? Why, vilify the opposition, of course!

Well, there you have it, folks. This is why people don’t like newspaper reporters. They stir up a stink when there’s no stink to stir.

Right. Like when investigative reporters expose decades of abuse in churches. Nothing to see there either, right?

Ok, so Todd Starnes is an idiot.  We got it. Well, it turns out his readers are even worse. Check out some of the comments on his article:

Remember when Obama was in office and we were all forced to become Muslims? Yeah, me neither. 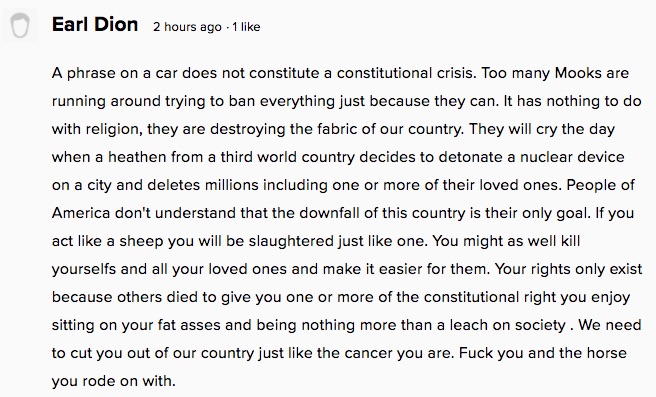 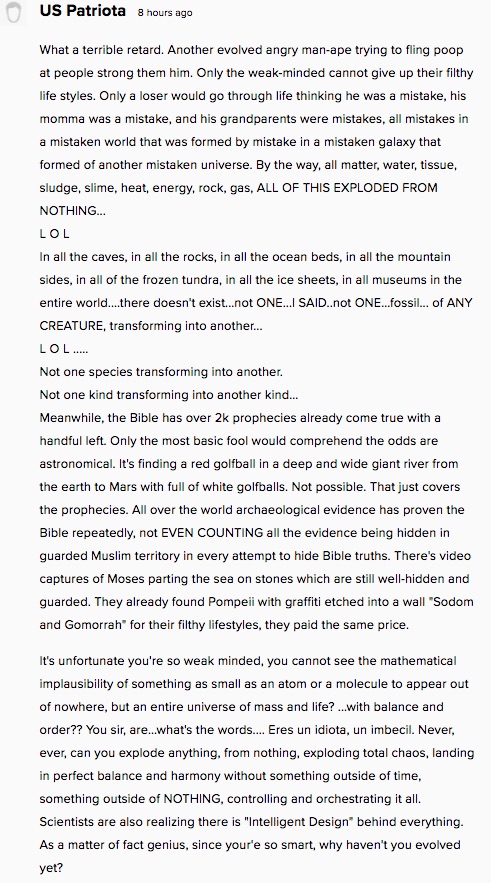 More of these comments are being added to Starnes’s article every few minutes. This is just a very small sample.

The echo chamber Todd Starnes has created and continues to foster is the real problem here. Ignorance of the law, ignorance of science, and ignorance of history — all wrapped up in a tight package, stamped with a cross, and sold as knowledge to the gullible, poorly educated, and bigoted.  And then, sadly, they vote.

May 16, 2017
Christians Lose Their Minds After Local Good News Club is Reported
Next Post 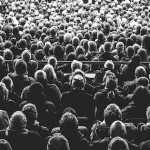 May 23, 2017 Four Reasons Our Populace is Screwed -- In One Facebook Thread
Recent Comments
3 Comments | Leave a Comment
Browse Our Archives
get the latest from
Nonreligious
Sign up for our newsletter
POPULAR AT PATHEOS Nonreligious
1