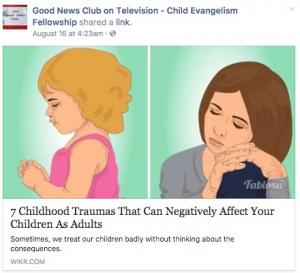 Displaying of a total lack of self-awareness, the Facebook page for the “Good News Club on Television” (yes, that’s a thing) posted an article last week from Wikr, a clickbait-factory website, titled, “7 Childhood Traumas That Can Negatively Affect Your Children As Adults.”

The article doesn’t cite any specific study, but mentions “a group of researchers from McLean Hospital in Belmont, Massachusetts.” I’ve done some homework to try to nail down what study is being referred to here, but it’s unclear, since McLean Hospital participates in many of them in reference to this topic. So for this example, let’s just assume the article is legit (a stretch), because that’s not the real issue here.

The issue is that the Good News Club, a predatory evangelical organization who relies on deceiving parents and threatens little kids with eternal damnation, is trying to tell us how to avoid childhood traumas that affect us as adults. You’ve got to be kidding me. Considering the dozens of people I’ve talked to personally who have had to seek therapy to undo the damage the Good News Club and similar organizations have done to them, their complete lack of self-awareness is appalling but not surprising.  After all, if you ask them, volunteers for the GNC are doing God’s work and threatening kids with hell is completely justified.

Let’s run through the seven traumas and see where the Good News Club fits in.

Want to avoid this trauma? Don’t send your kids to the Good News Club. Send them to a group that’s more inclusive and doesn’t have an unspoken “saved kids club.” The goal of Good News Club volunteers is to convince kids to meet 1-on-1 with a “teacher” to commit their lives to Christ and say a prayer of salvation. This will secure them a spot in heaven with their other saved friends and family. But if they don’t elect this path, well, they’ll be abandoned in “a dark place called hell” for eternity.

Want to avoid this trauma? Don’t send your kids to the Good News Club. Similar to the first trauma, kids could feel humiliated if they apply just a little bit of critical thinking and they’re not convinced of all the “God loves you but he’ll still send you to hell” talk and they decline to go through the salvation process. Since the GNC encourages kids to proselytize to their “unchurched” friends, that often materializes as teasing about going to hell. Yes, kids can be cruel.

Want to avoid this trauma? Don’t send your kids to the Good News Club. I don’t even think I need to explain this one. Attendees of the GNC will feel pressure from the volunteers as well as other kids to become “saved” or else suffer their loving God’s wrath.

Want to avoid this trauma? Don’t send your kids to the Good News Club. This one may come later. When you fill a kid’s head with a bunch of myths and fables and sell them as the truth, you’re flirting with danger. When many of these kids get older, they realize none of the crap that was crammed down their throats in Good News Club is real, and that will certainly bring about a feeling of betrayal… betrayal by the GNC volunteers, and betrayal by their parents who sent them to that predatory place.

Want to avoid this trauma? Don’t send your kids to the Good News Club. One of the first things kids in the Good News Club will learn is that they’re inherently flawed. There were born sinners, and there’s nothing they could have done to avoid it. They are punished this way because of the mistakes of Adam and Eve in the garden. Being told this news may feel like an injustice to kids, since they didn’t personally do anything to deserve hell.  They’re also told that anything they “think, say or do” that displeases God is a sin.  So if you just think about sin, you go to hell. They’re convinced that sin is like a disease. The only cure is to commit your life to Jesus.

Want to avoid this trauma? Don’t send your kids to the Good News Club. I think we’ve covered this one. There’s not much more invalidating than telling little kids they’re deeply flawed and that despite being a happy child before they walked in the door, there’s something very wrong with them. It’s possible that everything in their lives that made them happy before is wrong and goes against God because it’s not glorifying their deity. The music they listen to, the TV shows they watch, the games they play… all meaningless without Jesus (and very possibly riddled with sin).

Want to avoid this trauma? Don’t send your kids to the Good News Club. Kids who attend the Good News Club are faced with the ultimate rejection — rejection by God. If they don’t go through the salvation process and rid themselves of their sinful natures, the creator of the universe will personally reject them when they die and send them to eternal punishment and darkness, away from all of their family and friends.

So yeah, when the Good News Club shares an article about preventing childhood trauma, we’ve reached the pinnacle of irony.

One last item to note:  It’s that time of year again — back to school. Good News Clubs will be on the hunt to recruit kids to join their clubs.  Be vigilant in your local school districts. If you see a violation of church/state separation in respect to the Good News Club, ie. schools promoting or endorsing the GNC, notify a church/state watchdog group, or better yet, send it to me at contact@secularvoices.org and I’ll follow up. 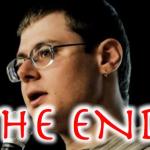 August 14, 2017
On Gleb Tsipursky's Attacks: My Final Response
Next Post 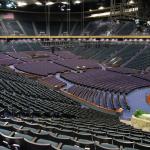