Anxiety Alert: My Secular Son Is Starting First Grade in a Christian Town

For atheists and other nonreligious people, raising your children without the influence of religion sounds pretty easy on paper. Don’t bring them to church. Don’t send them to Sunday School. Don’t pray before meals. In a nutshell, don’t expose them to religious indoctrination. That sounds pretty easy… if you’re not living in a tiny rural-suburban village with more church pews than people. 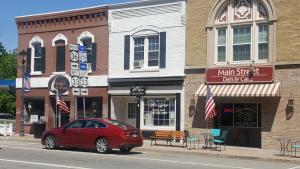 I live in a small village in upstate NY called Churchville. If you haven’t figured it out by the name, it’s a conservative Christian nook with a couple traffic lights, a quaint Main Street made up of mom-and-pop restaurants and services, what seems to be an alarmingly high concentration of homeschooled children, and a nearby Christian college that nearly everyone I encounter has some affiliation with, including the local public schools (from what I hear). Despite its tiny size, Churchville hosts a number of Christian churches and even has a Christian food pantry. Religious references are difficult to escape in this area. There’s even a Bible verse on the wall in the karate dojo my 6-year-old son Ryan attends classes in.

As most of my readers are aware, I’ve previously been active in fighting back against religious overreach in Churchville by challenging the local Good News Club and launching Young Skeptics.  Tomorrow, I begin a different kind of involvement in Churchville public schools when Ryan starts first grade. Now it gets real.

With this milestone comes an intense feeling of anxiety for me. Ryan is leaving the purely secular private Montessori school he attended for preschool and kindergarten, and he’s entering public school in a district that hosts a Good News Club and whose residents are overwhelmingly Christian conservatives. That means his classmates will also be Christian, and he’s lost his “secularism buffer,” being me and my wife. Although we’ve had some conversations about God and religion, the topic will undoubtedly come up in school with his friends (and hopefully not his teachers) in a way that presupposes God’s existence as fact. Being a protective atheist parent, I want to be there to cut off those conversations and help Ryan understand what those other kids are talking about. I know I can’t be, and that’s where my anxiety is coming from.

It’s my goal to prevent my children from being indoctrinated into any particular religious ideology, whether it’s by family, teachers, or peers. And no, I’m not convincing them to be atheists either. I’ve told Ryan, and I’ll explain to Grayson when he understands, that he and his brother will be able to choose or reject religious belief when they’re old enough to understand what it means, and that me and his mom feel that such decisions aren’t appropriate for children to consider or make. When he has questions about the universe, I answer them in scientific ways, passing on the facts and knowledge that humanity has discovered so far, and telling him “no one really knows” or asking what he thinks when he has a question about the unexplained.

So for now, I’ll be vigilant. I’ll be involved in the parents’ association, attend curriculum nights and other events, and do what I can to stay informed of what Ryan encounters in his day. I can’t do much about the conversations Ryan will have with his classmates, but I can keep a watchful eye on the interactions he has with teachers, staff, and outside groups. Hopefully, his school has a good understanding of the First Amendment, equal access, and what they’re allowed and prohibited to do or say. And you can be certain I’ll be keeping the predatory and abusive Good News Club far away from my kids. I think I’ve done what I can to prepare him for this, and I hope I’m getting worked up over nothing. For now, I’m fighting off my anxiety by focusing on Ryan’s excitement about his new “big school” and sharing in that as much as I can.

Have you been in a similar situation? I’d love to hear your thoughts in the comments! 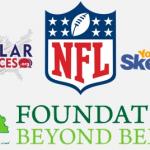 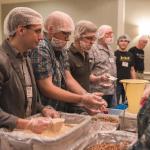 October 13, 2017 Humanism and Activism Will Rightfully Be on Display at PAStAHCon This Weekend
Recent Comments
124 Comments | Leave a Comment
Browse Our Archives
get the latest from
Nonreligious
Sign up for our newsletter
POPULAR AT PATHEOS Nonreligious
1