Attention Secular Groups: This Atheist Wants to Report You

This morning, while reading through emails, a curious message popped up on my screen through Facebook. Immediately, I recognized the name it came from but couldn’t remember from where. I clicked on the message and read it. It was directed to the Atheist Community of Rochester (ACoR), my local secular meetup group in Western NY, where I’m a board member and help out with social media accounts.

The message was from someone in California named Lauren Ell. Thinking I recognized the name through the secular community (in a favorable way), I responded quickly and told her that ACoR is not a 501(c)3 but we’ve discussed moving in that direction. I asked her why she was asking and she didn’t respond.

Just a few minutes later, a member of ACoR posted this screenshot that he found in one of his Facebook groups. He’s a right-leaning atheist, so I imagine he’s in several Republican/Libertarian groups and saw it there, although he didn’t say.

And then it all came back to me. I knew who she was.

Lauren Ell is the founder and head of a two-person board that runs an organization called Republican Atheists. You may remember Lauren from a rather heated exchange I had with her on the SecularVoices Facebook page back in October, or even from an episode of the Cognitive Dissonance podcast where she was promptly hung up on about 10 minutes into her interview. The hosts just couldn’t take any more of her nonsense. I don’t blame them.

After Lauren didn’t like what I had to say to her on the SecularVoices page, she then attempted to doxx me on the Republican Atheists homepage and Facebook page, as well as in several secular Facebook groups, while making an effort to trash the Young Skeptics program as well.

…As if it were a secret that I run Young Skeptics. I’m still not sure where she was going with that, but it’s an illustration of her vindictive behavior and lack of common sense.

Today, it appears she’s trying new type of attack, and your local group might be an unwitting target. This time her attention is apparently directed at all secular groups who don’t happen to be right-leaning. While not busy counting the membership numbers on her fingers at Republican Atheists, it appears Lauren is trolling around Facebook, looking for secular groups who share political posts that she might disagree with. Then she’s contacting them to find out if they’re a 501(c)3 or searching their online info to find out, and then either reporting the “offending” groups to the IRS or attempting to blow the whistle on them some other way — through social media or her own blog post, etc.

The hilarious thing about this is that the party she affiliates with doesn’t support the Johnson Amendment, the law that makes it illegal for a 501(c)3 to campaign for a candidate. I guess they only like it when they can use it in their favor. But I digress.

So for any of you who may be running a local secular group, you might want to just go ahead and block the profile below and save yourself the annoyance. If Lauren Ell is directing a group called Republican Atheists and taking aim at atheist groups at the same time, she’s not going to go very far. Alienating your own demographic is political suicide.

Pro tip, Lauren: Just drop the “Atheists” from the name of your org and find another niche on your way to fame and fortune. This one’s not going to work out, and you’re really bad at “internetting.” What a surprise it must have been when you realized that your underhanded attack on a random secular group fell right in my lap. 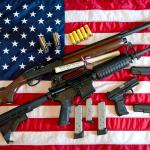 February 19, 2018
Gun Apologists Use the Worst Analogies
Next Post 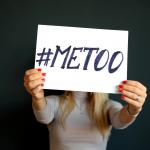 March 11, 2018 On Sexual Misconduct and Due Process in the Secular Community
Recent Comments
21 Comments | Leave a Comment
Browse Our Archives
Follow Us!