Lauren Ell, the president of the fledgling organization Republican Atheists (an oxymoron in most people’s minds) and admin of its Facebook page, posted a photo over the weekend accompanied by a resentful rant about Ana Kasparian receiving the Humanist Media Award at AHACon. After being challenged by one of the page’s followers, things spiraled a bit, culminating in a profanity-laced caps-lock response from Ell — surely unbecoming of anyone in political leadership… well, until American politics imploded two years ago that is.

If you recall, Ell and I have had a few run-ins over the past year. Our fantastic relationship began last November when she commented on the SecularVoices Facebook page, criticizing an article I wrote about TX kids attaching Christian flags to their pickup trucks, then inviting me to check out her organization (because that seems like a logical sequence of events). When I refused, she attempted to doxx me as the Exec Director of Young Skeptics (despite it being so public it’s on Wikipedia), and then posting in various FB groups how Young Skeptics is somehow indoctrinating children to be leftists (despite admitting she didn’t look at its publicly available curriculum). Months later, she embarrassed herself again by getting busted trying to report secular groups for violating the Johnson Amendment.

On to Lauren Ell’s most recent debacle. Here’s what she posted yesterday. Please excuse the profanity… 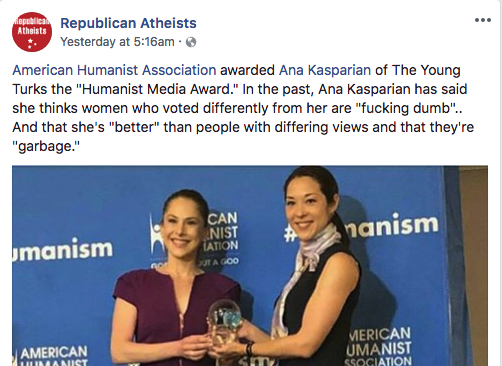 A little while later, one of the page’s followers (who apparently happens to be a SecularVoices reader) responded to Ell which let to a bit of a heated exchange: 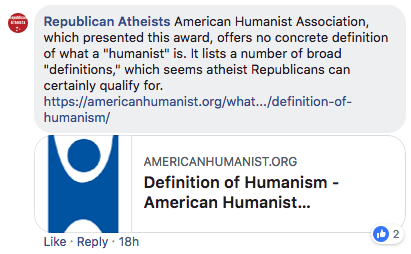 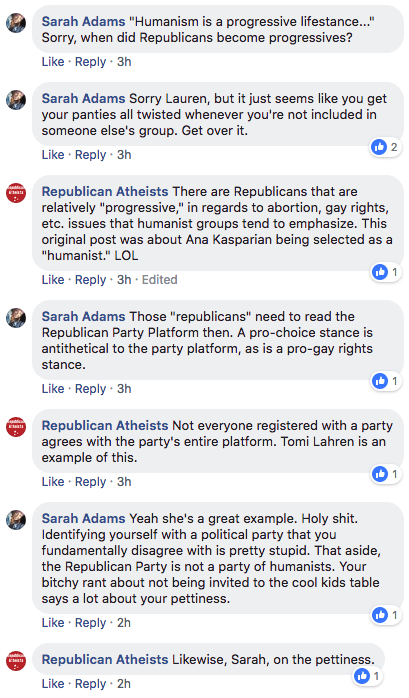 And now, the moment you’ve been waiting for. #triggered 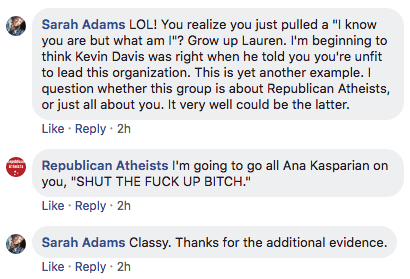 To be fair, it’s unclear whether Ell’s trigger was the mention of me being right, or the criticism about Ell being unfit to lead, or the reference to Ell’s repeated narcissism (I was told by Sarah in a private message that Ell often posts about herself under RA’s title, shares her personal blog posts on the RA page, and blogs about herself in the third person on RA’s website). Nonetheless, the leader of this republican organization seems to be bitter that no one is giving her a trophy, and certainly doesn’t respond well to confrontation, as evidenced by her final post as well as the interactions I’ve had with her. It’s very likely that she’ll even repost this article on RA’s page with some insane reference to “all publicity is good publicity,” like she has every other time she’s been mentioned by SecularVoices.

(h/t to Sarah for the link and entertainment) 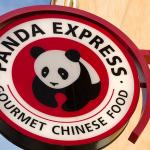 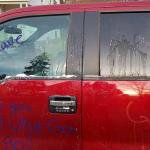