A Response to Jackson Wu’s Conclusion of What Causes Atheism

A Response to Jackson Wu’s Conclusion of What Causes Atheism October 4, 2018 Kevin Davis

“Few people are atheists for intellectual reasons. They might find reasons to justify their (non-)belief, but people rarely become atheists because they have methodically considered all the options and evidence before concluding, ‘God does not exist.'”

This is how Jackson Wu, of his self-titled Patheos Evangelical column, began a piece published yesterday titled, “A Leading Cause of Atheism? Not Allowing Dialogue and Disagreements.” In this article, Wu suggests that one of the biggest causes of people leaving religion for atheism is this: “Christians do not allow disagreement and dialogue.”

What he means by this is that when confronted with questions or doubt about the tenets of Christianity, Christian leaders, as well as fellow Christians, often reject those who question, driving them away from the church and into the waiting arms of atheism. He uses an anecdote from a story in Relevant magazine about a Christian musician who left (or was kicked out of) the church for expressing doubt about passages in Genesis. According to his wife, the subject of the interview, this made him become an atheist (but shockingly still had a sense of morality!).

That’s great and all, but let this atheist shed some light in response to your strawman/anecdotal argument, Jackson. Atheists don’t become atheists because their churches have wronged them or refused to listen to their questions. As an atheist who has dozens of atheist friends, has met thousands of atheists as an active member of the secular community, has written a book called Understanding an Atheist, and was once a Catholic-turned-Evangelical, I can tell you without a doubt that the majority of atheists who were raised religious became atheists through education, not scorn. That is to say, while many have had negative experiences in their religious communities — abuse, ostracism, brainwashing, etc. — they became atheists after venturing outside their respective religious bubbles and investigating other explanations to the universe and its contents.  While bad experiences may lead individuals to leave their particular churches or communities, those bad experiences don’t necessarily cause people to abandon deep-rooted beliefs. In many cases, for example, a gay Christian who has been ostracized by his conservative church and its followers might leave that church and find a more liberal and welcoming sect of Christianity.

Contrary to your opening statement, Jackson, supernatural beliefs and dependence on deities for joy and meaning do indeed get cast aside through intellectual pursuits — researching scientific explanations to origins of man and our surroundings, looking at religion and its effects on the world from the outside, realizations that we are just a speck in the vast universe… you get the point. Leaving the church may be the first step to broadening horizons and inviting that information in, but again, the negative experience at church isn’t the reason for a switch to atheism — it’s just the wake-up call.

It’s the opening of the door to reason and critical thinking that dispels the myth inside all of us.

I’m going to take a wild guess here and assume you haven’t sat down to discuss this hypothesis with many atheists. Because if you had, you would be more informed and would not have written this horribly unfounded strawman-based article constructed solely from one person’s anecdotal account of her husband’s deconversion.

As one commenter on your article, Olivia Altman, noted, it’s much more likely that your opening statement applies to theists, rather than atheists. Since the vast majority of religious people are taught their religions from an early age, when they’re most impressionable and still believe in magic, if we turn your statement around we get something much more accurate:

“Few people are religious for intellectual reasons. They might find reasons to justify their belief, but people rarely become religious because they have methodically considered all the options and evidence before concluding, ‘God exists.’ 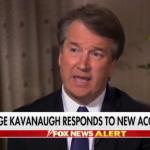 September 25, 2018
Was Brett Kavanaugh an 'Incel' Before It Was a Thing?
Next Post 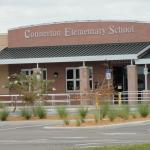 October 9, 2018 Another School Promotes Good News Club and Hides from Criticism
Recent Comments
96 Comments | Leave a Comment
Browse Our Archives
get the latest from
Nonreligious
Sign up for our newsletter
POPULAR AT PATHEOS Nonreligious
1