I Doubt Therefore I Am (a scientist) 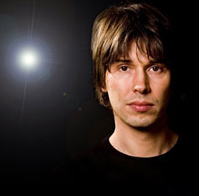 The truth is, we don’t know the answers to the ‘big questions’. That is why, in 2011, when I finally stopped working in education, I set up a website called Doubters’ Club. The hosting company went out of business but I did print it out before it disappeared from the internet. I wanted to show that doubt is ok, good even.

I’ve just watched Professor Brian Cox on the Andrew Marr show. Like many of us during lockdown, he is trying to homeschool his ten year old son and admits he is not finding it easy. Even more than most of us, children want simple, definite answers. That’s why they are such cannon fodder for priests, pastors and mullahs who claim to know.

Cox junior asked his dad what the Milky Way is made of. The layman’s answer would be, “Stars”, but the truth is only about 5% of a galaxy is stars, the rest is a mystery which has been given the name ‘Dark Matter’. That’s not a very satisfactory answer and is much more difficult to explain to a ten year old. Children expect their father to know everything; they cannot appreciate that daddy might be an expert in Quantum Physics and Cosmology and that good parents want to tell their kids the truth.

Brian referred to that great scientist, Richard Feynman, who wrote in a 1955 essay called The Value of Science, that the most valuable thing about science is it teaches us to embrace doubt and uncertainty.

We desperately need to normalize doubt, to point out that it’s honest, humble and honourable to admit ignorance. The only sort of ignorance that is shameful, is wilful ignorance, such as putting your fingers in your ears and going “La la la” to drown out information that you don’t like.

Meanwhile, what is actually dishonourable, is pretending to know things that no-one really knows and punishing the people who challenge you or your doctrine.

That’s deception and should be a crime.

May 3, 2020 Quebec's Secularism Law under threat
Browse Our Archives
Follow Us!

“John Lewis: Good Trouble” Is a Timely Biography...
From sharecropper’s son to civil rights activist to US Congressman, this is...
view all Nonreligious blogs
Copyright 2008-2020, Patheos. All rights reserved.