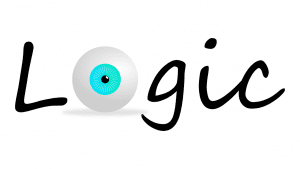 There is a philosophical problem with the concept of ‘knowledge’. Only deductive logic yields a definite outcome, so everything else is deemed to be dubious. In fact, deduction mainly (only?) succeeds when the premises are definitions, so we learn nothing from it apart from the meanings of words that people have previously fabricated and added to the lexicon. According to inductive logic, unless the propositions meet the impossible target of being 100% certain, the inference cannot be considered to be fully known, to be ‘knowledge’ and can, therefore, only be a matter for belief. Think what this means…

Since we have not observed every instance of a person jumping off a roof yet, we cannot be absolutely certain that the next incident will result in falling. That’s the ridiculous philosophical position. Taken to its logical conclusion, there is no such thing as true knowledge.

That’s obviously nonsense in every practical sense. What we actually do is make reasonable assumptions and, given the evidence, it would be crazy to jump off a roof expecting to fly. This is Bayesian epistemology – the taking into account of prior knowledge. That’s very different from believing: belief is a useless category because it includes propositions that are found to be false. A person’s attitude towards a notion shouldn’t be considered to have value should it? What’s the use of untrue ‘knowledge’?

However, that silly objection of “You can’t be sure” can be levied against any claim of knowing. It can even be applied to an argument in the form of, “Your argument is self-defeating”, just because a proposer can’t hit the fictional bullseye of certainty!

So what do we need to do?

We need to leave the ivory towers of philosophy and come down to Earth.

Why do I say that? Because certainty means absoluteness and we have never discovered anything absolute in the observable universe, nor have we been able to make any absolute condition experimentally. This shouldn’t be a surprise since the Cosmos is constantly changing and every property is relative to the current status of all the other phenomena.

In the Natural Realm we may never be in the position of knowing that we have a complete data set, so there is no certainty. Therefore, we should stop using this impossible criterion as the hurdle for knowledge to scramble over. Certainty is just conceptual. Imaginary. It’s one of the thoughts made inside heads, in the Conceptual Realm, which have no necessary or essential correspondence with nature. Accept it: observations trump ideas.

Meanwhile, items of unfalsified evidential information and model explanations of phenomena, as obtained by scientific investigation, are testable by anyone with sufficient inclination, and they are shared – they become common knowledge, which facilitates the development of all manner of technological wonders. That is inarguable.

So, let’s reconcile ourselves to the fact that humans understand and agree that ‘highly probable to be correct’ is the only useful way of defining ‘true knowledge’. Now, you can safely (!) jump off that roof expecting to fall…

Don’t we already know this?

Way back in the Renaissance, philosophers realized that we can’t reliably just ‘think our way’ to explaining all mysteries. That’s why they came up with Natural Philosophy: the idea of testing thoughts against observations. Today, we call it Science. It may be uncertain but, for goodness sake, it works!

May 16, 2020 Authority: does it deserve worship?
Browse Our Archives
get the latest from
Secular World by AAI
Sign up for our newsletter
POPULAR AT PATHEOS Nonreligious
1

John Ortberg: The Scandal That Just...
Roll to Disbelieve
Related posts from Secular World by AAI

Nonreligious
Anyone for Abiogenesis?
Secular World by AAI