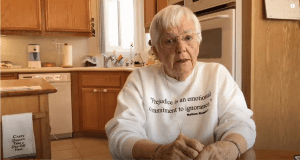 Dividing society is never a good idea, it eventually leads to conflict between factions and people get killed. Social division is even worse when it is unnecessary. What do I mean?

Well, there are some causes of social division that are based on opinion rather than fact. We are witnessing one such event at the moment.  The population of the USA is acting as if there are two different types of American – whites and blacks.

There is no biological basis for this. In fact, genetic diversity within the ‘two groups’ is greater than the differences between them. The evidence tells us that we are one species – Homo sapiens, with no races; see this, from National Geographic, written by Simon Worrall on October 14th 2017:

There is, for instance, more genetic diversity within Africa than in the rest of the world put together. If you take someone from Ethiopia and someone from the Sudan, they are more likely to be more genetically different from each other than either one of those people is to anyone else on the planet!

Nevertheless, one of the predilections of humanity is a liking for simplicity, and an obvious visible difference is skin color. And, regrettably, we are tribal, we love to hate those whom we perceive as different. Even small differences can be a good enough excuse, such as having ginger hair.

School teacher Jane Elliott did an interesting experiment with her all-white class of six year olds in the 1960s. She divided them on eye-color. In a few hours, the ‘superior’ blue eyed group were performing better academically and victimising the ‘inferior’ group. The next day she reversed their status and got the same result, but now the brown eyes were on top.

The fact is, we shouldn’t be sorting people by trivial superficial features such as the amount of melanin we possess. If you must classify people, there are far more important characteristics to make judgements on – how about behavior towards others, attitude and effort?

Another unnecessary cause of division is religion. Since there is no evidence for any god, there is no reason for us to divide up and worship different ones. It’s just a bad excuse for needless disagreement.

It’s not as if we don’t have enough real differences to fight over: there’s unequal distribution of wealth, unfair access to water, food and health care, differences in the availability of opportunity, even alternative football teams to support!

Shouldn’t we stop perpetuating social division based on falsehood?

Jane Elliot interviewed on One Icon media – A World of Difference https://www.youtube.com/watch?v=m7-y8MNzJKI

June 9, 2020 Is argument evidence?
Browse Our Archives
get the latest from
Secular World by AAI
Sign up for our newsletter
POPULAR AT PATHEOS Nonreligious
1

Would You Rather Be Proven Right or Wrong?
Most of the knowledge in our heads could be obsolete in generations....
view all Nonreligious blogs
Copyright 2008-2020, Patheos. All rights reserved.