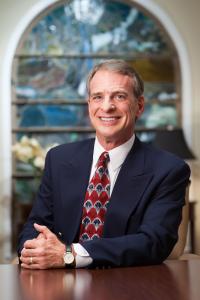 I respond to his eight reasons below.

1. God is the best explanation why anything at all exists.

That’s just an assertion. The truth is we have no answer to that question. In fact, the ‘why question’ is not just a question – it is an opinion that there must be a purpose or meaning. I could ask, “Why do you think that?”!

That’s just an assertion. The truth is we have no answer to that question. We have some hypotheses but none of them are supported by repeatable observations yet (and may never be).

Maths doesn’t really apply to the real world. According to maths, time can go backwards and temperatures below absolute zero can exist. Maths appears to apply to the real world because we have modified our equations until they are a close match to observations. Newton’s equations are pretty good, Einstein’s are better. Maths is a fabricated modelling system – a sort of lego for the intellect.

‘Fine tuning’ is a fabrication – 99.99% of the universe is hostile to all life. Given the size of the cosmos, it is unsurprising that a few corners are habitable. Granted the parameters permit life but that’s not a reason to suppose they are intentional. If they were intentional – they are an abject failure in statistical terms!

That’s just an assertion. In fact we can observe a progression of increasing intellectual sophistication and complexity throughout the ‘tree of life’.

That’s just an assertion. In fact we can observe a progression of increasing socially cooperative behaviours throughout the ‘tree of life’.

ROFL! You can say the same for Humpty Dumpty.

The fact is, we now know how to make a ‘best explanation’. It consists of gathering repeatable, shareable, observations and formulating a theory that models phenomena.

June 13, 2020 Evolution explains everything!
Browse Our Archives
get the latest from
Secular World by AAI
Sign up for our newsletter
POPULAR AT PATHEOS Nonreligious
1