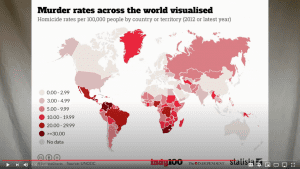 A Christian fellow on Facebook recently insulted me by claiming that I had no morals because I didn’t believe in his god and ‘that’s where morality comes from’. He claimed that he had absolute morals because he was a believer, but I could only act on my desires! That is rude and wrong in so many ways.

Let’s start by addressing the word ‘morality’. It’s not useful. It means different things to different people. Take the age of sexual consent – it’s 14 in Brazil and 21 in Bahrein. Prior to those ages, sex is ‘immoral’. Well, which is it? The United States can’t even agree within itself – it’s 16, 17 or 18 depending which state you are in!

Or take capital punishment, it’s banned in Europe, Canada and Australia but practiced in China, India, Saudi Arabia and Libya. Once again, the USA can’t decide on a national basis – Texas, Virginia, Oklahoma and Florida execute people but California and Oregon don’t.

So, a more realistic term, from biology, is ‘socially beneficial behavior’. We have evolved that; several other animals have it too. We can observe empathic behavior occurring between members of other species, even across class divisions – swans have been seen feeding fish!

Of course, evolution being what it is, there is variation. Occasionally a sociopath or psychopath is born. Nevertheless, in all populations, whatever the local religion or even if there is none, as seems to be the case with the Piraha tribe of the Amazon, killing a human is taboo – a ‘moral universal’.

We can measure socially beneficial behavior – if it’s successful, a population will grow in size and may colonise more territories. Humans do that rather well: we must be ‘moral’ then! While we are on the subject of evidence, it’s the least religious countries that are the most well socialised, if you measure by the murder rate.

Then, there is nothing absolute, least of all morals… Everything is relative and contingent.

Yes, I know sophists will say, “Are you absolutely sure of that?” Here’s my response: I am dealing with the Natural Realm where nothing absolute has been observed, but you are thinking in the Conceptual Realm where Humpty Dumpty can also be found. Observation trumps thought.

Finally, have you read the Bible? It exemplifies and condones every horrendous action imaginable, from slavery to rape, and stoning to death.

The Christian God is a former genocidal maniac who drowned the entire population apart from Noah’s family, allegedly. He would be locked up today.

July 22, 2020 Are the miracles evidence for Jesus?
Browse Our Archives
get the latest from
Secular World by AAI
Sign up for our newsletter
POPULAR AT PATHEOS Nonreligious
1

A Patriarchal Blogger, Nakedness, and the Goddess Hera
I Peter 3:3 does not say don't put clothes on. It says don't...
view all Nonreligious blogs
Copyright 2008-2020, Patheos. All rights reserved.