As I said in my blog a couple of days ago, many theists claim to ‘know’ that they are right.

They are dogmatic about it. Dogmatism is divisive. It entrenches disagreement.

Throughout my life, with a few exceptions, I’ve watched the human population gradually divide up into smaller and smaller fractions.

I remember, in my childhood, the Nazis had just been beaten and the world was celebrating. Hitler had united us in the effort to defeat him. Adversity unites.

The British Empire, the USA, and the liberated nations of Europe had been comrades in arms and were the best of friends. You could go hitchhiking around Europe with a Union Jack on your rucksack and be welcomed everywhere. No more war. The future was rosy.

That mood continued for a while, culminating in the 1967 Summer of Love; Rock and roll, hippies and smoking weed.

Since then, it has slowly leaked away… we have got to the stage where the United Kingdom now has devolved governments for Scotland, Wales and Northern Ireland, and the major cities of Manchester, Liverpool, Nottingham and York are flexing their muscles…

Technology, that double edged sword, has contributed. The jumbo jet made intercontinental travel affordable to many, and different cultures, formerly geographically separated, began to meet up. This is where dogmatism comes in. Particularly religious dogmatism.

Yes, I know we have clashed heads over political differences and made war over territorial disagreements, but those things are unavoidable because they have real causes.

It’s religious conflict and terrorism that we could easily stop. Religions are based on non-evidential gods. They are only based on feelings, the feeling of ‘knowing’ that they are right: dogmatism. We could stop arguing over them tomorrow.

We just have to work out some way to counter dogmatism.

Or find another Hitler…

November 1, 2020 A British Nigerian Talks to Me
Browse Our Archives
get the latest from
Secular World by AAI
Sign up for our newsletter
POPULAR AT PATHEOS Nonreligious
1

Nonreligious
Want to be an Insider?
Secular World by AAI 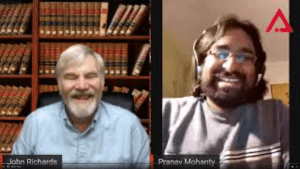 Nonreligious
We Have Some GREAT Volunteers!
Secular World by AAI 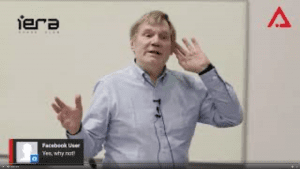 Nonreligious
Is There Life Elsewhere?
Secular World by AAI 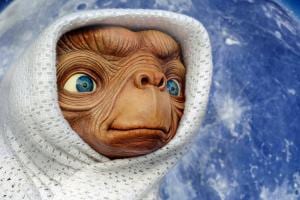