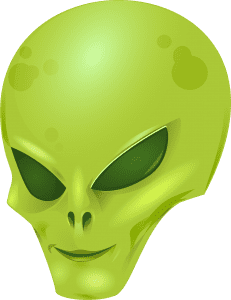 It’s a human tendency to want to think that somebody is behind everything. Someone responsible whom we can praise or blame. (Mostly blame! Many of us are not generous with praise.) While there often is a culprit, people like to invent imaginary agents – somebodies who supposedly did whatever it was. Invisible men…

In Biology this would be called ‘anthropomorphism’ – imagining non-human entities have human characteristics. It’s the sort of thinking that casts aliens, or gods, as humanoid; we see it on our screens all the time…

We’ve been guilty of this mind-set throughout history. Early humans imagined that there was an angry god in the volcano, a big one up the mountain and another in charge of the seas. Such agents were deemed to have power over the harvest, the weather, plagues and stillbirths.

Sacrifices could be conducted in ceremonies to beseech them to be kind, dances could be performed to persuade them to make rain and so on… Significant life events, such as marriage or naming a child, were considered better done in the ‘presence’ of the heavenly entity. In Victorian times a popular parlour activity was trying to contact those in ‘the spirit world’ by means of a ouija board.

This mentality hasn’t gone away. President Trump labels COVID-19 the ‘China Virus’ because he wants a ‘somebody’ to blame and the Rev Lucy Winkett, who recently presented Thought for Today, referred to the virus as being “ruthless in its threat to crush our creativity and destroy our hopes”. https://www.bbc.co.uk/sounds/play/p08vdn7m

Does she really think that a virus can be ruthless, can have intentions?

Lucy went on to refer to “paradox, creativity and mystery” as “the soul’s native language, it’s mother tongue”.

The ‘soul’? Do we have an invisible man, an imaginary agent, inside us?

Where’s that clip of spooky music?

October 18, 2020 Jesuisprof
Browse Our Archives
get the latest from
Secular World by AAI
Sign up for our newsletter
POPULAR AT PATHEOS Nonreligious
1

Nonreligious
An Ex-Creationist on FB said...
Secular World by AAI