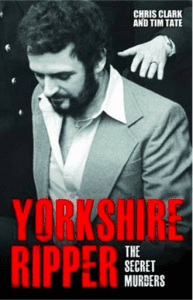 The ‘Yorkshire Ripper’, Peter Sutcliffe, died yesterday after thirty nine years in prison. No tears will be shed.

He was an English serial killer who was convicted of murdering thirteen women and attempting to murder seven others. Sutcliffe had regularly used the services of prostitutes in Leeds and Bradford and most of his victims were sex workers. When interviewed by the authorities he claimed that the voice of God had sent him on a mission to kill prostitutes. Sutcliffe became a Jehovah’s Witness some time ago so, presumably, he has been forgiven and is in heaven now!

The murders were brutal and the man was obviously a deluded psychopath, but we are entitled to wonder whether he was inspired by religion or was using it as a justification or excuse for his actions.

Most of the mentions are in the Old Testament, but there are twelve unflattering uses of ‘prostitute’ in the New Testament; see two examples here:

The Qur’an is even more proscriptive about female sexuality and, thanks to camera phones and social media, we can view horrible incidents of female adulterers being stoned to death by mobs even in this day and age. How much better are those stoners than the Yorkshire Ripper?

November 14, 2020 Thought for the Day: Lingual Indoctrination
Browse Our Archives
get the latest from
Secular World by AAI
Sign up for our newsletter
POPULAR AT PATHEOS Nonreligious
1