Trust in Our Transparency 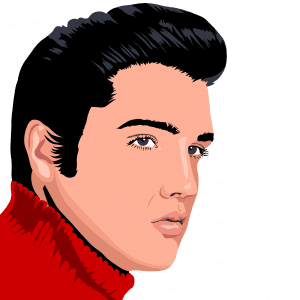 We live in an age of suspicion. People don’t believe authoritative sources of information like they used to when broadcasting was under the control of a few responsible organisations. Fake news, ‘alternative facts’, as if there could be such a thing, has decimated trust. The accounts of Kennedy’s assassination, Elvis’ death and the moon landing are all questioned.

Since anyone with an internet connected laptop can livestream from anywhere now, social media has effectively given equal access to any viewpoint, claim or propaganda.

Ex-president Barack Obama recently spoke about this when he referred to the nonsense of ‘birtherism’, and Hillary Clinton allegedly being connected with a pedophile ring located in the basement of a restaurant that turned out not to have a basement!

Mr Obama said that online echo chambers contribute to the spread of conspiracy theories and strained notions of reality.

Sadly, Atheist Alliance International has been the victim of wild accusations by the ‘woke’ crowd in the recent past. So, what are we doing about it?

Firstly, we applied to GuideStar, the global charity rating service, completed their assessment process, and got promoted from Gold to Platinum. That’s the highest possible rating.

Secondly, we decided that wasn’t good enough and set up our own initiative to be as transparent and trustworthy as possible by publishing all our campaign accounts on our website!

It’s a world class transparency page. You can’t set the bar higher than that! We are now at Platinum with knobs on!

And, in case you are wondering how much I and the other Directors get paid for our efforts to combat religious harm, I will tell you: it’s nothing!

Absolutely nothing to hide here…

Take it away Elvis!  https://youtu.be/m5iRZidRn9A

November 17, 2020
Fossils Are Not Evidence of Change Happening
Next Post

November 19, 2020 Is Everything in the Bible True?
Browse Our Archives
get the latest from
Secular World by AAI
Sign up for our newsletter
POPULAR AT PATHEOS Nonreligious
1