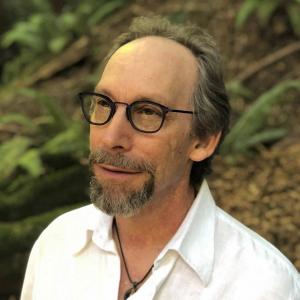 I am very pleased to announce that eminent Cosmologist/Physicist Dr Lawrence Krauss has accepted our invitation to join the Advisory Council of Atheist Alliance International.

Lawrence has been an active atheist for decades. He was a personal friend of Christopher Hitchens, who sadly died nine years and three days ago (there’s been talk about designating December 15th “Hitchmas”) and he was an advisor to the defense team at the Kitzmiller vs Dover Area School District trial of Intelligent Design*.

Additionally, his reach is, like AAI’s, truly global – he debated and lectured worldwide in pre COVID-19 days. There are a great many videos featuring him here  https://www.youtube.com/results?search_query=Lawrence+Krauss

You can see him guesting on my show here  https://youtu.be/NOgeWNDbOm0

Our Executive Director, Michael Sherlock, has personally welcomed Lawrence onto our Council of worthy Advisors in the knowledge that he was an early victim of the woke movement (see Wednesday’s blog). Please note that no charges have ever been brought against Dr Krauss.

When asked about the potential blowback from those who have propagated and uncritically believed the unsubstantiated allegations made against Dr Krauss in the past, Sherlock stated,

“After examining the claims made against Dr Krauss, and finding no merit therein, I made a decision to position AAI firmly against the cancel culture that has infected the atheist and secular movement, particularly in the USA. As skeptics, it is important that we lead the way in practicing evidence-based thinking and behaviors and not give in to the fatuous and harmful aspects of a relatively new social and political phenomenon that holds allegations as conclusions by mere virtue of the existence of the allegations themselves.” Sherlock added: “I am extremely enthusiastic about working with Dr Krauss and believe that he will add immense value to AAI’s efforts around the globe”.

See the other members of our Advisory Council here https://www.atheistalliance.org/our-advisory-council/

* The judge determined that Intelligent Design was simply rebadged Creationism and therefore it was illegal, under USA Federal Law, to teach it as science.

December 19, 2020 Is Your God Immaterial?
Browse Our Archives
get the latest from
Nonreligious
Sign up for our newsletter
POPULAR AT PATHEOS Nonreligious
1