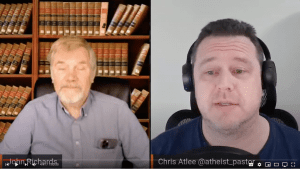 I’ve witnessed a gradual change in the willingness of people to read over the last half a century. When I was a boy there was no television, and books opened my mind to the wonders of science, to historic times and foreign places, to the imaginations of authors. We couldn’t afford to buy them, but the library was a walk away. Good readers used to get lost in books, we would hide under the sheets reading with a torch in the same way that today’s teenagers have to have their tablets prised away from them at bedtime.

As a retired teacher, I’ve had a long relationship with the printed word and part of my job was to explain the difficult polysyllabic terms of science. Indeed, on some occasions, it was to teach reading itself; I taught my daughter to read when she was four years old, which posed the school with a bit of a problem when she started in early years.

Literacy took off with the printing revolution led by Gutenburg in Germany, and Caxton in England. What did they do with the new technology? They used it to spread the Bible to the masses and enhance the grip of religion on society.

However, those days are behind us. This is a video age; I wrote about that the other day here:   https://www.patheos.com/blogs/secularworldbyaai/2020/12/atheist-productions-the-future/

One of the results of this change is that many people have lost interest in the written word. We have watched the attention span of the population diminish to such an extent that we have to announce at the beginning of an article how long a ‘read’ it is! The implication is that, if it is more than a minute or two, they won’t bother to read it.

So the Headline has assumed even greater importance – we have to write ‘click bait’. Sadly, this has encouraged those people who only read the Title and respond as if they know what the whole piece is about; they are the ultimate cherry pickers!

This is not new, cherry picking is a technique that has long been practised by the clergy: they know a thing or two about manipulating an audience!  That’s why so many Christians think that their god is good; they haven’t been told about the unpleasant bits…

And that’s why so many ex-Christians lost their faith as a result of reading the Bible for themselves. Chris Atlee (click image for video interview), one of those Bible reading ex-Christians, will be joining me in our weekly Ask an Atheist show in the New Year.

December 28, 2020 The ‘Void’ Left When Religion Goes...
Browse Our Archives
get the latest from
Nonreligious
Sign up for our newsletter
POPULAR AT PATHEOS Nonreligious
1

Deconversion: Brett McCracken Gets It Completely...
Roll to Disbelieve
Related posts from Secular World by AAI