Is ‘Wokeism’ the New Religion? 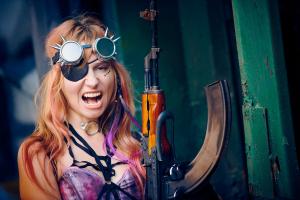 Let’s face it, wokeism and religions have a lot in common!

What started me down this rabbit hole was a tweet by my friend Dr Mark D’Arcy, (see him on my show here:  https://youtu.be/ES4L5B-Kzzg ) He posted:

Religions are all about purity, a sense of righteousness and judging others (even if done with a concerned smile).

Christianity, Islam and the new religion of Woke all fall into this spectrum.

Unsurprisingly, the comments that followed are mostly in disagreement with his proposition.

Anyway, it set me thinking – let’s compare some of the properties of religions and wokeism…

The ‘Congregations’ are predominantly female. They are about purity and judgmentalism. They exhibit disapproval of whatever they deem to be unacceptable and they show intolerance of those who have different standards. This is the typically ‘polarising’ mentality that I wrote about a few days ago.  https://admin.patheos.com/blogs/secularworldbyaai/wp-admin/post.php?

In summary, it’s a ‘Holier than thou’ attitude.

In wokeism, all the greys are gone. A person is guilty from the moment they are accused. It’s, “We have no time for the cumbersome processes of jurisprudence.” And the accused are immediately sentenced by being cancelled! Their associates are punished too!

What does this remind you of? Oh, yes! Witch Hunts! Jim Crow Laws!

And who are, by far, the most common victims?

Now, I would be the last person to claim that all men are perfect, but denying the accused access to the jurisprudence that we have taken centuries to construct since the dawn of civilization, is not the way forward.

Allow me to point out that if accusations were an indication of guilt, we would have had no President Obama, since he was accused of not being born in the USA. Also, Presidential Candidate Hillary Clinton would have been locked up because she was accused of leading a pedophile ring located in the basement of a restaurant that turned out not to have a basement!

December 17, 2020 Does Your God Have a Sex?
Browse Our Archives
get the latest from
Nonreligious
Sign up for our newsletter
POPULAR AT PATHEOS Nonreligious
1