Testimony Has No Value 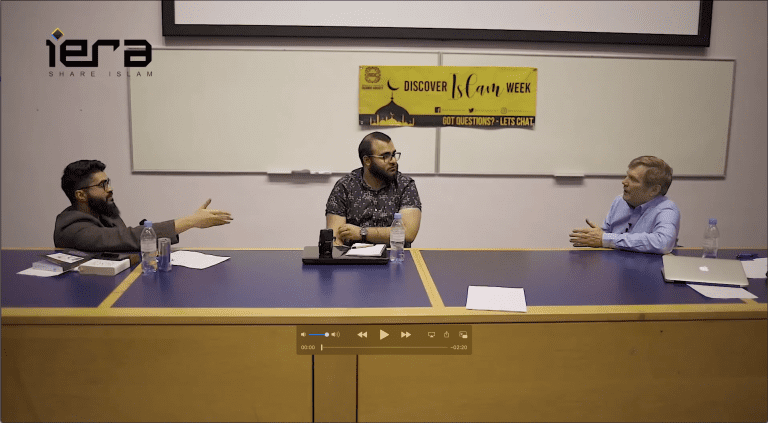 In my opinion, many religious people have an unreasonable willingness to believe what they are told.

This is the mentality that caused some to believe that the US Presidential election was stolen, leading to them storming the Capitol.

Many of these insurgents came from the evangelical wing of Trump’s core support.

It’s the same childlike trust that, back in 2016, enabled some electors to believe that Hillary Clinton led a pedophile gang located in the basement of a restaurant that turned out not to have a basement.

Testimony by itself has very little value, unless you want to take advantage of the gullible…

The picture and two minute video above come from an event last year in which Imran Hussein tried to make out that scientists accept testimony.

In fact, we don’t use the word ‘testimony’ in Science, and we have very stringent rules for writing reports.  We don’t even use the word ‘belief’ about scientific information, we say “The evidence indicates”.  Believing is only applicable when we don’t know.

You can see me explaining where it IS appropriate to use ‘belief’ in science by clicking on the pic or here  https://youtu.be/1y10XSO569k

If you watch the experts talking about COVID-19, you will see them carefully stating what we don’t know about this new disease and describing how we are investigating to find out more.  Neither testimony, nor belief enter into it…

My thanks to the Islamic Education and Research Association for the video.

February 2, 2021
It's Still Viewable If You Missed It!
Next Post

February 4, 2021 Ask an Atheist with British Nigerian ex-Christian Tavian Oladapo
Browse Our Archives
get the latest from
Nonreligious
Sign up for our newsletter
POPULAR AT PATHEOS Nonreligious
1

The 11th Commandment: Be Kind, Don't Own Slaves
Editor’s Note: This post reminds me that we sure could use some...
view all Nonreligious blogs
Copyright 2008-2021, Patheos. All rights reserved.
error: Content is protected !!