What is magic and how does it work?

What is magic and how does it work? April 6, 2013 Yvonne Aburrow

A friend on Facebook asked, how does magic work? My immediate response to this was, it depends what you mean by magic.

The art of causing change in consciousness in accordance with Will

Most modern magical writers from Aleister Crowley onwards have affirmed that the primary purpose of magic is to change the practitioner, rather than the external world. It’s also possible that having worked on the inner self, change will also be effected in the surrounding reality, either directly, or as a result of the change in consciousness of the practitioner, who is now empowered to go out and make the world a better place.

Magic and ritual certainly work to transform the psyche of the practitioner; tried and tested techniques of initiation, meditation, visualisation, and working with archetypes do seem to have a beneficial effect.

Does magic have an effect on the external world?

Everybody has an anecdote where they did a healing and the recipient felt better; or they did a working for a job and got the job; but these are anecdotal evidence, and there’s no way to prove that the ill person wouldn’t have got better anyway, or the job seeker wouldn’t have got the job anyway. However, even if these workings have no effect on external events, they make the participants in the healing or the spell feel better because they have done something to help. Incidentally, an ethical job spell should always include the proviso that if someone else needs the job even more, they should get it.

I went to a workshop on talismans once where the workshop leader pointed out that magic always follows the path of least resistance. So if you make a talisman for pregnancy but you’re not actually having sex, then don’t be too surprised if someone close to you gets pregnant instead. This suggests that caution is necessary in the preparation of talismans, in order to avoid “leakage” into someone else’s life.

The gods help those who help themselves

In order for magic to work, you also need to be putting in effort on the mundane level. If you do a job spell but don’t actually apply for any jobs, you won’t get a job, no matter how good the spell was. Maybe the spell only works to give you extra confidence at the interview, but that is a good thing in itself. There’s a Jewish story about a man who prays every day to God that he might win the lottery. Eventually an exasperated voice booms out from on high, “Meet me half-way already — buy a lottery ticket!”

Another important aspect of magic is not refusing to acknowledge results because they don’t look quite like what you were expecting. I have seen people do spells and then turn down the results because they weren’t quite right — even though they were better than their existing circumstances. There’s a story about a man in the middle of a flood, who prays to God to save him. A boat comes by and offers him a lift, but he turns it down, saying, “No, God will put forth His hand to save me.” Then two more boats come by, and he says the same. Finally a helicopter hovers overhead, but again he refuses help. Eventually he drowns. When he gets to heaven, he asks God, “Why didn’t you save me?” And God replies, “I sent you three boats and a helicopter – what more did you want?”

How does magic work?

So if magic does effect change in external reality, how does it do that? This is usually the point at which people get a bit hand-wavy and start talking about quantum mechanics and “energies”.

We exist within the Earth’s electromagnetic field. Some people and animals are sensitive to fluctuations in this field. So it can affect us; and maybe we can affect it, or interact with it. Magical energy is presumably transmitted either via some hitherto unknown interaction between consciousness and the Earth’s magnetic field; or via one of the seven dimensions that are enfolded within the usual four of space-time. Either way, science has so far mostly failed to verify extra-sensory perception and other psychic powers, so maybe there are no external effects when we do magic.

I was discussing this with a Buddhist friend, and he said that the problem is, the more people try to use science to justify their belief in faeries and energies and the like, the more ridiculous it sounds. Most of the time, it’s just a misuse of the scientific terms (especially if it involves the word quantum). As my Buddhist friend said, it’s one thing to say you saw a faery at the bottom of the garden, and quite another to claim that you have built a device for detecting faeries.

If magic works at all, it should be verifiable by science (though not necessarily by contemporary science, which focuses almost exclusively on the material aspects of reality). However, there are so many variables at play that it would be difficult to envisage a sufficiently objective experiment. Investigations into whether petitionary prayer (asking for stuff) works have pretty much concluded that it doesn’t, so I don’t hold out much hope for scientific confirmation of results magic.

However, whether or not magic affects external reality, magic, meditation, and prayer can work to transform the psyche, and are therefore still worthwhile practices to engage in. Other scientific experiments have shown that engaging in meditation and contemplative prayer changes the brainwave patterns of the practitioner and makes them calmer. 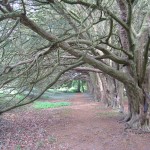 April 8, 2013 Religion and humour
Recent Comments
430 Comments | Leave a Comment
Browse Our Archives
get the latest from
Pagan
Sign up for our newsletter
POPULAR AT PATHEOS Pagan
1