I was not going to wade into the “Wiccanate Privilege” debate, but having read most of the posts on it, it seemed to me that one angle had been missed, and there was potential for misunderstanding.

Some Wiccans seem to have misread or misheard “Wiccanate” as “Wiccan”. As I understand it, the problem as stated is that the Pagan book market is flooded with “Wicca 101” books, which means that a lot of Pagan discourse is couched in the language of Wicca 101 books, and there’s a set of assumptions out there in the public domain about what Pagans do, based on these books – that all Pagans celebrate the festivals of the Wheel of the Year, that all Pagans think the deities are archetypes and expressions of a single underlying divine energy, that all Pagans do magic, and so on. And the complaint is that workshops at events are also based on these assumptions.

Whilst it is true that the market is flooded with these books, and that many people assume that Paganism means Wicca-lite, some of these assumptions are also problematic for Wiccans, especially Wiccans who don’t conform to general expectations and assumptions of what Wicca is about.

These 101 books often contain an assumption that you are a Wiccan if you have read one of these books and you do the rituals in them. If someone wants to identify as a Wiccan, but does not have access to a compatible coven and coven training, then who am I to stop them starting out on their own and doing what they can? That is why, in the UK, we refer to initiatory Wicca to distinguish it from the non-initiatory variety; and in North America, initiatory Wicca is referred to as British Traditional Wicca (this term does not really work in the UK, as various Cochrane-derived traditions are referred to as Traditional Witchcraft). There are also other forms of witchcraft, both initiatory and non-initiatory.

More problematic for me is the fact that books on Wicca often contain an assumption that Wicca is duotheistic; whereas most Wiccans I know are polytheists, pantheists, animists, or non-theists. But because it says in these books that we are duotheist, other polytheists often refuse to believe that a Wiccan can be a polytheist. But many Wiccans regard ‘the Lord and Lady’ as patron deities of the Craft, two among many; and many covens honour a different pair of deities as their coven patrons than the standard two, and honour a multitude of deities alongside them. I would really like never to hear “but you can’t be a polytheist if you’re a Wiccan” again. I have never heard it from a Wiccan, but I have heard it from polytheists.

Another problem is that books on Wicca are often heterocentric, and seem to have forgotten that the ultimate goal of the Wiccan mysteries (and the Hermetic Order of the Golden Dawn before us) used to be seen as spiritual androgyny, or to put it in more Jungian terms, integration. So whilst one may perceive differentiated “male” and female” energies, there are energies of many genders, and (in my opinion) the ultimate divine source, which has no personality, both transcends and includes all genders.

Add to that the fact that these 101 books are often prescriptive about what Wicca involves, and you get the imposition of a set of norms which it is difficult to challenge in our particular culture (“but I saw it in a book so it must be true”) and assumptions from non-Wiccans that that is what Wicca is like. I often get asked by coveners to recommend a book about Wicca. It is really hard, because I disagree with most of the books out there. That is why I am writing one.

So, as a Wiccan and a polytheist, I think we should dismantle Wiccanate privilege as soon as possible. Let diversity flourish. If other Pagan traditions don’t want Wiccans representing them at interfaith events, then show up to interfaith events. Let’s not have Wicca-flavoured ritual at events. Let’s have devotional polytheism, liturgical Paganism, full-on Wiccan ritual, revived Eleusinian mysteries, Heathen blots, Druid rituals etc. And let’s not have assumptions about what Pagans believe – that way lies orthodoxy.

UPDATE: Several people have asked me to define my terms better. The problem is that Wicca and witchcraft are very multivalent, especially in North America, and the terms used in the UK are a bit different. I am not trying to exclude anyone who wants to use the term Wicca.  I was just trying to make a distinction between different types of Wicca and witchcraft and the terms used for them in the UK and North America, not saying that one is better than another. If it works for you, great.

Also, for those who are new to this debate, I did not coin the term “Wiccanate”. John Halstead explains:

“Wiccanate” is a term coined by Johnny Rapture, and it refers to American Neo-Pagan theological ideas and liturgical forms common to large public Pagan gatherings and rituals, which are derived from Wicca, but are perceived to be “generic” or “universal” to Paganism. “Wiccan-Centric” is a related term. “Wiccanate privilege” is a phrase that has been going round in polytheist circles recently. It refers to the ways in which Wicca-inspired ritual and theology are assumed to be normative for Paganism as a whole. 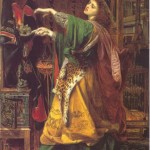 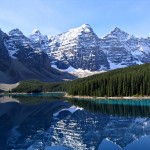 March 11, 2014 Your mountain is not my mountain and that's just fine
Recent Comments
174 Comments | Leave a Comment
"Very well said!"
Ivan Matthews Theology Is Not Religious Studies
"Yes it's very cool that it exists but it's not the only book on the ..."
yewtree Review of Queer Paganism by Jo ..."
"Cool that this exists"
James Review of Queer Paganism by Jo ..."
"Yes, Liz is a friend of mine.I think you need a manual and works of ..."
yewtree Imagining Other Possible Worlds
Browse Our Archives
Related posts from Dowsing for Divinity 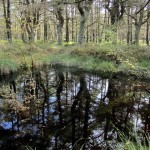