[This is part two of a four-part essay.]

The term “henotheism” was coined by the philologist Max Müller, one of the founders of comparative religious studies. Henotheism refers to a viewpoint between polytheism and monotheism, in which the existence of multiple gods is acknowledged while one God remains supreme.

The late pagan philosophy of Neoplatonism could be considered henotheistic, as the Neoplatonists considered the gods and the material universe to be emanations from the One, which emanates first “Nous” or consciousness and then the World Soul, followed by human souls and finally matter. Later Neoplatonists such as Iamblichus conceived of the One or Monad as emanating a series of realms from Itself like ripples in a pond, including a realm containing all the gods of mythology, and a realm beyond that containing the material world.

Afro-Caribbean religions such as Vodoun and Santeria could be considered henotheistic if we think of the loa of Vodoun and the orisha of Santeria as being equivalent to what a pagan would call a god. However, both of these traditions reserve the word “God” for the Supreme Being, who is considered too remote from human affairs to be helpful with daily problems. Some polytheist writers attribute this theology to the influence of Christianity, but they provide no evidence for the assertion and similar ideas are found in African religions.

Hinduism is such a varied and complex mix of traditions that it includes every imaginable theological perspective, but henotheism is one of the most common — particularly in sectarian Hinduism. Followers of Shaivism consider Shiva to be God; followers of Vaishnavism consider Vishnu to be God and followers of Shaktism consider a goddess such as Kali, Durga or Lalita to be God. Yet most members of these sects acknowledge the existence of the other gods, so they are all forms of henotheism.

In fact, most of them acknowledge that it is equally valid to consider one of the other gods as the supreme God, even though the gods as separate deities remain distinct. Again, polyvalence and divine fluidity are the norm rather than the exception in religions with multiple deities.

Still, henotheism is not identical with monism. You could easily believe in one supreme God and many lesser gods without also believing that the entire universe is nothing but God. To return to the example of Santeria, the orisha or spirits are not seen as aspects of the supreme God — they are simply powerful spirits.

However, many sectarian Hindus also subscribe to Vedanta or similar philosophies, and believe that their chosen deity is ultimately identical with the Brahman, which is what Vedanta monism calls its version of the Source or the Absolute reality. Monist concepts like this can be found in the scriptures of all the major Hindu sects. One says that Vishnu is ultimately identical with the Brahman, another says Shiva, another says Shakti, but the same scriptures tell plenty of stories about plenty of other deities.

Some say that Shiva and Shakti are ultimately identical, which makes sense if they are both identical with the Brahman — yet the same scriptures often include stories where Shiva and some manifestation of Shakti get in a lover’s quarrel, or where she dances on his corpse to display her supreme power, or where he calls for her and she comes running to acknowledge his. So are they identical with each other or are they separate entities? And if they are separate, then is he really the supreme deity who is identical with the Brahman, or is she? The answer, as always, is “all of the above.”

How Old Is Polytheistic Monism?

The oldest religious scripture in any of the Indo-European languages is the Rig Veda, composed sometime between 1700 and 1100 BCE. By contrast, the Homeric Hymns were composed between 600 and 500 BCE. If we were going to use either text as a basis for guessing at the religious ideas of the Proto-Indo-Europeans the Rig Veda would be the much safer bet as it is more than a thousand years older. Yet here is what the Rig Veda has to say about the nature of the gods:

They call him Indra, Mitra, Varu?a, Agni, and he is heavenly nobly-winged Garuda.
To what is One, sages give many a title they call it Agni, Yama, Matarisvan.

Note that this is not monism in the philosophical sense of the term. It doesn’t say that everything in existence is actually one thing such as consciousness or energy or the Brahman or God. It just says that all the separate gods of Vedic polytheism are actually just names for one single God. This is exactly the position some polytheists accuse polytheistic monists of holding and is usually seen as a New Age concept. Unless a text composed at least 3000 years ago can be considered “New Age,” we can now dismiss that viewpoint as counterfactual.

However, this still isn’t a monist theology in the sense in which I am using that term. There are hints at monism as such in the Rig Veda’s Nasadiya Sukta or “Hymn of Creation”:

Then there was neither death nor immortality
nor was there then the torch of night and day.
The One breathed windlessly and self-sustaining.
There was that One then, and there was no other.

A clearly-expressed monist philosophy can be found in the Upanishads, which date to between 1200 and 500 BCE depending on who you ask. Different Upanishads express different theologies, but one of the theologies found in the Upanishads is of an ineffable, impersonal Absolute called the Brahman underlying the multiple phenomena of the universe. This is monism as such, although Hindu philosophical schools developed many different variations on the concept over the centuries. Advaita Vedanta, an extremely influential school of Indian monist philosophy, dates to the medieval period but bases its concepts on the Upanishads and Vedas.

Even if we assume the Upanishads are no older than 600-500 BCE, that still makes them about as old as the Homeric Hymns and only a century or two younger than the Iliad. So monism cannot possibly be a later development from monotheism or a corrupted form of an earlier, purely polytheistic religion.

Some people attribute the monist ideas in Neoplatonism to Indian influence, and that’s certainly possible. Neoplatonism flourished late in pagan antiquity in places like Alexandria where many different religions mingled, debated and shared theological concepts with each other. The Neoplatonist philosophers were definitely aware of the existence of Indian philosophy whether they knew much about its content or not. However, given the ancient origins of Indian monist philosophies, it’s also possible that there were always monist strands of thought in the various religions of Indo-European origin. If some early form of monism was known to the Proto-Indo-Europeans then monist ideas could have persisted (along with many other theological positions) among religious thinkers in the ancient pagan world before emerging within Neoplatonism. 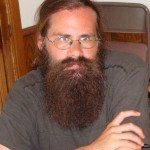 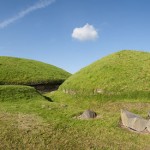 May 19, 2014 Polytheistic Monism: A Guest Post by Christopher Scott Thompson (Part Three)
Recent Comments
152 Comments | Leave a Comment
Browse Our Archives
get the latest from
Pagan
Sign up for our newsletter
POPULAR AT PATHEOS Pagan
1

Moon Magick: What to do, When...
The Fairy Tale Witch
Related posts from Dowsing for Divinity