Why I am a polytheist

I have always been drawn to Pagan deities, even before I knew what they were. When I was a child, my parents told me that some Christians do not celebrate Christmas because it is an overlay on the Winter Solstice, when ancient people would go to the tops of hills and light bonfires as sympathetic magic to make the Sun come back. I wanted to go to those hilltops and dance round those bonfires. I used to have dreams of a king in a cave under a hill. I discovered my own personal goddess, and drew images of her. I read Greek mythology. I talked to trees. I read Puck of Pook’s Hill and loved Pertinax and Parnesius, who built an altar to Pan somewhere in the lowlands of Scotland, and worshipped Mithras by night. I read about witches, and wanted to be a witch.

When I was older and started thinking theologically, I wondered why, if there was a single all-powerful deity, he or she does not intervene in the great and terrible injustices of the world. So it made sense to me to think of many deities, with finite power and spheres of influence. I do not believe that the universe was created by a deity. I believe that the universe is divine, but I do not believe in a single overarching deity. I believe that deities emerged from the unfolding universe, seeds of consciousness blossoming into identities.

When I encountered contemporary Paganism for the first time, I was already a polytheist, and was surprised to encounter duotheism (the idea of a single God and a single Goddess). It makes no sense to me to say “all the gods are one God, and all the goddesses are one Goddess”. How can Bastet be the same as Hera, or Oðinn be the same as Zeus? And what about genderqueer deities?

My polytheism is eclectic. I have relationships with several deities from different pantheons and cultures. Being of mixed ethnicity (Celtic and Saxon, i.e. English), I have never been able to settle on a single ethnic pantheon. I answer the call of the deities that speak to me. This eclecticism is one of the many reasons that I am a Wiccan. Wicca offers a framework within which I can honour many deities.

I am also bisexual and genderqueer, so my practice of Wicca does not focus on the interaction of “male energy” and “female energy”, but on the multiplicity of energies available. The multiplicity of deities, each with a different gender identity, can provide varied models of how to be a human being. My Wheel of the Year does not revolve around a duotheist paradigm, but honours specific individual deities and their stories associated with each festival.

My theory of what deities are is that they are personalities or identities that have emerged from the complexity of different forces interacting. Human contact with deities has also shaped them, just as humans shape each other through social interaction. I also think that deities can evolve and change, as in the story of Indra and the Ants. But I do think that deities are just as much distinct identities as humans are.

Finally, I celebrate biodiversity in the natural world, and diversity among humans, so it makes sense to me to celebrate the glorious multiplicity of deities too. 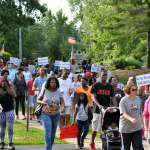