I was sitting in a women’s Torah study years ago with my then-toddler son on my lap when I first saw it. We were studying Parashat Shmot, Chapter 2 to be precise, and suddenly it was clear as crystal, even through my tears. I clutched my boy tighter and said, “Moshe’s mother gave him up twice.” I had been told, of course, that our children are always separating from us, that childbirth is only the first step toward the inevitability of giving them up. But that day it was unthinkable; I wept and wept, and tried to learn. That little boy is in college now, and the lesson never ends.

And she could no longer hide him, so she took an ark of papyrus, and sealed it with asphalt and tar, and she put him in it, the little boy, and she put it in the reeds by the mouth of the River Nile. (Exodus 2:3)

All around me, desperate mothers trying anything to keep their babies alive, to find some way to skirt the decree. We were living amongst the Egyptians and knew all too well we were being targeted, each and every baby boy to be drowned in the great river. This was the second decree, the one that deputized ordinary Egyptians to do what our righteous midwives Shifrah and Pu’ah would not.

Even so, we tried everything we could think of, babies hidden in crawl spaces, families encamped in out-of-the-way caves, boys disguised as girls, given false names to throw Pharaoh’s willing executioners off the scent. Women gave birth to baby after baby, even as we watched them die in our arms or had them taken from us. Our will to outlive them kept us both numb and strong, the callouses on our souls enabling us to persist, even as our families were unraveling.¹

The pressure came from all sides, starting subtly and getting imperceptibly worse. Pharaoh knew how to influence the public without saying a word. First he placed extra taxes on us, then the secret plot with the midwives. Then he enlisted the population at large to drown our children.² Eventually the Egyptians did Pharaoh’s work on their own; his idea became their idea. Pharaoh’s cleverness was in disguising the violence, to allow for his own deniability. By the time we realized how ensnared we were, it was too late to save ourselves, too late to speak up.

Our crowded settlements made the desperate even more desperate. People say Pharaoh engineered the overcrowding. Along with the forced labor under impossible conditions, he made sure we were loaded into cramped, too-tight quarters, to increase our burdens and dull our minds.³

I made the neighborhood think I’d lost the baby at birth. A baby boy was a blessing and a problem. A liability. Better they think he was gone than ask questions. Attempts at consolation: you still have your older son Aaron, and your Miriam. Maybe someday it will be different, and you can try again. Painful words, meant in kindness. Painful not for the usual reason—children are neither replaceable nor interchangeable—but because he was living on borrowed time, as were we all.

He was a perfect baby. When he was born, I looked at him, and I knew. I knew he was special. I knew he was in danger. I knew I would have to give him up.

I waited as long as I could. Made friends with the darkness to hide him until he could no longer be hidden. Three months of heartbreaking sweetness, every moment knowing he would be taken from me, one way or another. And every moment loving him with my whole heart.

That day, I took the basket and covered it over and over with dark tar. It was my only hope; he had discovered his voice and I couldn’t shush him anymore. I followed the letter of the law and placed my cherished baby in the water, with Miriam following close behind, as close as she dared.

And the boy grew, and she brought him to Pharaoh’s daughter, and he became her son instead. And she called him Moshe, for she said, “I drew him out from the water.” (Exodus 2:10)

My heroic Miriam borrowed some time for me, three years to be precise. She saw Pharaoh’s daughter see my son, and she saw an opportunity for me to be with him again. Miriam bravely offered to find the princess an Israelite nurse for the baby. For three glorious years, I raised my own son, half in secret. Of course everyone around me knew I was nursing a baby for Pharaoh’s daughter. What they didn’t know, what I never dared to say, was that the baby was my own. They thought I’d lost the baby, and I let them think so.

Inside my home, though, we were whole again. The violence outside our four walls was getting worse—harsh words, brawling in the streets—but inside, we were together. We watched the little one grow, I held him close, nursed him as long as I could. All that shushing from before had made him shy to speak, but his lively brown eyes, observing everything, told us his substance.

Soon, too soon, he nursed less and less until he stopped completely. Our days of sweet entanglement were ending. His future would unspool without me. It was time to give him up again.

That day, I whispered in his ear, as I had done for each of the thousand days we were together, “You are an Israelite, and your Israelite family will always love you.”

And then I returned him, my borrowed son.

In those thousand precious days, he taught me.

All time is borrowed. All sons are borrowed.

Naomi Gurt Lind is a Shanah Gimel student at the Rabbinical School of Hebrew College, and serves as rabbinic intern with Congregation Shirat Hayam, 2Life Communities, and Congregation Betenu. Naomi sings with the Zamir Chorale of Boston and edits the 70 Faces of Torah blog. Also a sought-after educator, Naomi cultivates a lively classroom with plenty of space for questioning, discovery, and connection. This past summer, she moved her classroom outdoors with a much-praised Pop-up Mishnah Group. Check out her upcoming Open Circle Jewish Learning class here. When she has a free moment, she enjoys solving crossword puzzles (in pencil!), writing divrei Torah on her blog, Jewish Themes, and playing Bananagrams with her spouse and their two genius children. 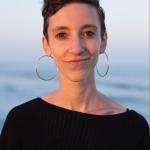 January 17, 2023 Hello, Pharaoh, My Old Friend
Recent Comments
0 | Leave a Comment
""
McChickenboc The Burden of Miracles
"The ‘finger of God’ or Moses writing the 10 commandments on Tablets ... is this ..."
tzatz Revelation, Co-creation, Illumination
"Is that like the time I miraculously had Natalie Portman, Shira Haas and Gal Gadot ..."
James Harbour The End of Miracles
"A symbol is shorthand for the idea it represents. In psychoanalytic theory--it is the product ..."
Karen Silver The Power of Symbols
Browse Our Archives
Related posts from Seventy Faces of Torah 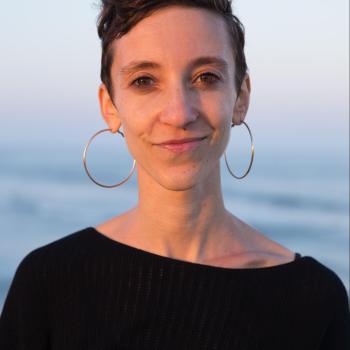 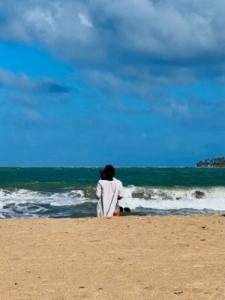