Before I begin, I’d love to know: how many people are familiar with George Holyoake? I’ve mentioned his name before, and I myself am grateful that I have even a bit of knowledge about him. I wouldn’t have any knowledge of him myself if I hadn’t been curious as to where the word “secular” came from. If you google “secularism”, and check out its origins you’ll find yourself reading about a man by the name of George Jacob Holyoake. So who is this somewhat mysterious figure?

This isn’t meant to be a definitive look at the life of one of the first “secularists”. It’s meant to get more people aware of his existence, and interested in him as a figure in the history of free-thought. If people would be interested in someone examining his legacy in the context of history I could perhaps look at his work in length and we could begin a discussion of it from that lense, but for now let’s focus on making sure people have access to information about him. Which is why this post will be fairly short, and like many of my posts contain some links which direct people to his work and to those who’ve analyzed the impact of his words on the world of today.

In the future I’ll talk about what I call a “weaponized Christianity”, but for now just remember that it involves blasphemy. Which is what Holyoake was once charged with. We need to remember our history. Because if we don’t, they won’t. And this doesn’t just affect us. It affects them. Blasphemy laws affect believers, just like they affected Holyoake. These restrictions can and will be weaponized against us and against them if not fought against. For right now this can just be written off as a “tangent”. But if you like my writing, it’s worth taking a note of. Anyway, are you ready to learn about one of the many figures involved with the history of free-thought? Let’s chat about Holyoake, the writer.

Holyoake was many things throughout his life. As a historian (or one in training anyway), I feel like perhaps the single most important and most consistent part of his persona is his writing. He never stopped writing, editing, and speaking. He was an avowed socialist, a “owenite” (follower of the teachings of Robert Owen) and due to that he gained significant experience in public speaking. He also worked as an assistant lecturer at the Birmingham Mechanics’ Institute.

For a decent chunk of his life he wrote. The publications he was associated with (by this I mean he had some position with or was a part of) were: Oracle of Reason, The Movement, The Reasoner, Secular Review, and The English Leader. The books he published were: Rochdale Pioneers, The History of Co-Operation in England, The Co-operative Movement of To-day, Sixty Years of An Agitator’s Life, and Bygones worth Remembering.

His writing is why we have the words “jingoists”, and “secularism”, which are used to mean people who advocate for the use of threats or force as a tool to protect a country’s interests (jingoists), and he used secularism in multiple ways both as a set of principals, and as a movement (including individuals as part of that movement).

The Time Has Come For Reading:

Holyoake is an individual worth knowing and worth studying. He did a lot with his life and it’s vital that he not be forgotten by contemporary freethinkers and nonbelievers. We should remember those who came before us, and those who suffered punishments so that perhaps one day in the future those who came after they did might not have too. Mr. Holyoake and others like him were successful in their struggles against the suffocating influence of religion, even if they didn’t get to see the sorts of societies they believed might one day come about as a result of their struggle. Obviously they haven’t completed succeeded, but now it is our turn. Now it is on us to continue to fight not against religions themselves, but the sort of control that certain religions deem themselves worthy of having on the world. In remembering those who came before, we must be energized and we must dream and speak of a world that is better than the one we inhabit. Where our fellow freethinkers are not punished for skepticism in the Middle-East. Where Latin-American believers are accepting of their non-believing friends and family. Where people don’t call us delusional for not accepting their beliefs as sacred and untouchable.

Let’s work to remember our history. Do you know any of figures crucial to the history of free-thought you’d love to see mentioned in my posts talking about our history? Let me know in the comments down below!

If you’re wondering about the blasphemy thing I mentioned before, G.H. was charged with blasphemy following a lecture he gave. I’ll probably talk about it at a letter time in more detail because it’s pretty neat. 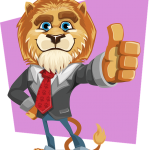 August 6, 2016 Non-Christian Latinxs Need To Work Together
Recent Comments
0 | Leave a Comment
Browse Our Archives
get the latest from
Nonreligious
Sign up for our newsletter
POPULAR AT PATHEOS Nonreligious
1