A Desire To Begin A Conversation; Responding To Henry Karlson

A Desire To Begin A Conversation; Responding To Henry Karlson October 2, 2016 Luciano Gonzalez

Hello everyone! This post is a bit unusual, because writing direct responses to other Patheos bloggers isn’t usually my style. I wanted to respond to a post that I saw while looking at some of the works of my fellow writers here at Patheos. One that struck my eye was a post by a writer named Henry Karlson from the Catholic Channel. He wrote a post earlier this week in which he discusses his perspective on atheism. I highly advise that anyone interested in this post check out his post entitled “Engaging The Atheist Delusion“.

Right off the bat Mr. Karlson creates and describes a brand of atheism that I actually believe he has experienced (although the aggressive nature of his description of this “anti-theism” he has experienced steals some of the sympathy I’d otherwise feel if he simply called them anti-theists and said their distaste for religion is something he finds exhausting). This is aggressive, or “firebrand” atheism which in my experience has been a very dry type of atheism and anti-theism but what strikes me about this is how aggressive he is about this. He describes this as a “delusion” repeatedly, and eventually goes back to the common apologist and fundamentalist claim that “no one is truly an atheist”. He repeats this claim that atheists are nothing more than individuals who worship SOMETHING by “putting it in the place of God” and thus don’t believe in a deity but instead worship something else.

In continuing with this idea of “putting something in the place of God” Mr. Karlson begins to create examples of this vision of Christian theology, specifically by talking about a Buddhist version of the origin of Brahma. It’s an interesting idea but he seems to change (and challenge) this story and discuss it from the perspective that Brahma was a created being. This was an unusual way to look at what appears to be a creation story, and he compares it to modern mankind. It’s a fascinating read. After this it’s time for him to finally tackle the big question: why do people deny God?

From here Mr. Karlson creates a few reasons why he thinks people deny God. It isn’t as bad as it could have been, because he didn’t stick to one or two options. What he discusses as for why people “deny God” are the following options: we are angry at him and it is out of resentment that we “deny” his existence, sometimes it is out of a “poor understanding” of God that led to a belief that because the poor understanding wasn’t reflective of God that God must not exist, and lastly in his post is the possibility that because people’s opinions about God are not reflective of God himself/itself so they decided to “deny” God and he says this happens because people seem to think their experiences are absolute, calling them in his own words “the foundation of truth”. It’s an interesting portion of his work to read.

The semi-final portion of his work is a discussion of why he believes atheism to be self-contradicting. It’s a fascinating read because it says a lot about what Mr. Karlson thinks of atheists and atheism, and of course isn’t at all what atheism really is. The final portion of his article is a set of notes that he marked as worth expanding on via footnotes.

The next “page” of my article will be my responses to selected portions of what Mr. Karlson wrote. I think it was worth showing what I think of what he wrote and separating it from the actual response so that people can read my holistic response separately. If you want to see what I thought of the post as a whole I invite you to check out the next page of this post! 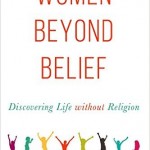 October 1, 2016
Women Beyond Belief: Reviewing The Wise Words of Matilde Reyes
Next Post 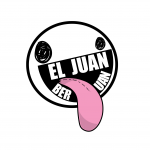