As a Latin-American who cares about Latin-Americans I’ve been accused of being a “single-issue voter”. I’ve also been accused of being a proponent of “identity politics”. Both of these accusations are at best simplifications and at worst ways to demonize someone for caring about their communities or the issues which most affect them. In the wake of the election I wanted to take some time to talk about these accusations and why they are nonsense, at least when applied to Latin-Americans.

Please note: I am not saying “one-issue voters” and proponents of “identity politics” aren’t real. I am merely saying that I am not one of them and many of the people who’ve been accused of being these types of voters probably aren’t either.

Being a “single-issue voter” would imply that I am only politically passionate about one topic. That is obviously not true and any people who consider the issues surrounding their communities to be central to their political identity are not people moved by singular issues. We live in ever-changing political landscapes and our views shouldn’t be simplified for the sake of winning an argument on Facebook. We do not exist in political vacuums just because we consider our community’s needs to be a crucial factor when it comes to our votes.

“Identity Politics” is the term used to describe when groups of people with shared identities form political alliances and move away from “traditional” party-based politics. This term has long been attached to the Democrats by some conservatives. I’ve also seen it used to attack people who are unafraid to speak up as community leaders of minority groups. It is very much a real thing, but it’s another term that is misused when it comes to attacking Latin-American voters. As seen by this election who Latin-Americans vote for isn’t motivated solely by monolithic perspectives on the same issues. We are a complex voting bloc and earning our vote isn’t the simplest thing to do.

At least part of why Latin-American voters are complex is because our backgrounds are complex and this needs to be acknowledged. Latin-America is not some home to sort of “super-culture” and many Latin-American voters have intense discussions within our communities about which political party cares more about us. Our nations of origin vary immensely and this has a real impact on our political opinions. A lot of people seem to think that Latin-Americans in the United States are united by a sense of pan-Americanism but I didn’t see that in Latin-America. I also don’t see it among first-generation immigrants if anything I see a sense of community due to being immigrants not being Latin-American. That sense of being united by being Latin-American as far as I can tell comes from living within the United States exclusively and being grouped together by the majority, treated as one monolithic group.

In the future more and more people will come to realize that despite what some democrats and republicans seem to think the votes of Latin-Americans have to be earned. There is already recognition of this among Latin-Americans and among some political pundits. I look forward to the day when this obvious fact is common knowledge (or at least more common than it appears to be right now). Most of the conversations I’ve been a part of involving identity politics imply that every Latin-American voter will vote for Democrats. That is a very dangerous assumption and I’m hoping that this election will help people move beyond it. If I had it my way both major parties would change how they approached Latin-Americans. It is important for their sakes that they rethink what they thought they knew about Latin-American voters.

Why Are These Accusations Dangerous?

Why is it that I am concerned about being accused of either of the things I’ve written about? I am concerned because I want to be understood. I don’t want to see more simplifications of my views, which are shared by many of my friends and members of my communities. These simplifications make it easier for politicians to get away with not having substantive discussions about topics which matter to me and people who vote like I do. By allowing accusations like this to go unchecked we are simplifying a discussion that should take place about Latin-American perspectives. If we do not put critics in their place when it comes to these accusations the implication is that we won’t respond and thus their opinions on our opinions will matter more than our own thoughts and feelings purely because our thoughts didn’t matter enough for us to speak up ourselves.

As a Latin-American voter I am tired of people making assumptions about what will make me want to vote for them. If people want to know who and what I’ll vote for they need to ask me directly. Assumptions about Latin-American voters made Clinton lose valuable voters throughout the country. A lack of effort by Trump’s campaign prevented him from gaining more Latin-American support (even though he gained more than many people expected). I doubt the same mistakes will be made during the next election but if I start to see them happening I’ll work to stop it. We should want the politicians to work to become friends of the Latin-American community. I want them to come to our homes and to see what it’s actually like for us.

Refuse to sit idly by and not comment on assumptions anymore. If you feel this way as well I hope that you refuse to be silent any longer. Demand that your voice be heard and your opinions considered. Take part in a complex conversation about your perspectives and why you think your vote and the vote of your communities deserve to be earned. My vote deserves to be earned because my vote is my support. If I vote for a candidate it is a sign that I think they are the best suited for whatever position they are running for: they need to earn that level of support from me and not think they deserve it merely because other candidates are “worse”.

If you like my reading, please consider supporting me via Patreon! Any support makes it easier for me to write longer and for me to spend time improving the quality of my work. 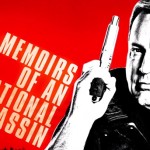 November 25, 2016
Taking A Look At True Memoirs Of An International Assassin
Next Post 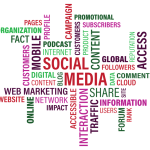 December 5, 2016 Let's Talk Podcasts
Recent Comments
0 | Leave a Comment
Browse Our Archives
get the latest from
Nonreligious
Sign up for our newsletter
POPULAR AT PATHEOS Nonreligious
1