Fallacies Of Politicians In A “Post-Truth” World

Fallacies Of Politicians In A “Post-Truth” World January 1, 2017 Luciano Gonzalez

A fallacy is usually defined in a philosophical context as: A failure in reasoning that renders an argument invalid. Oftentimes during religious debates armchair philosophers will throw accusations of fallacious reasoning at their opponents as if the mere accusation alone somehow invalidates whatever arguments their opponents were making. As someone who regularly engages in religious debates this is an event I have seen repeated over and over, but oftentimes I seen people forget something important: fallacies are not limited to debates and conversations centered around religion.

Throughout 2016 we saw political campaigns that should encourage communication and philosophy teachers and professors everywhere to double their efforts to gain and educate students, but until we know how philosophy and communication teachers and professors feel about the election and the impact it will have on their teaching goals and methods, I wanted to write a piece that briefly talks about the intersection of politics and fallacies.

Persuasive conversations and debates around politics and around electing someone differ (although not as significantly as they should) from other types of conversations and debates. When it comes to persuading people in a political context, especially around election time, the goal isn’t to demonstrate truth (although people who’ve been persuaded of a position will undoubtedly feel that their position is true and might even be demonstrable according to those who hold these positions) but rather to persuade someone of something. This is very different from demonstrating something and shrewd politicians and political commentators probably understand this on some level. This sort of thinking can lend itself to the realization that fallacies can and maybe even “should” be used if it results in a favorable outcome for the politicians and those who stand to benefit from the success of the politicians.

Fallacies appear in political conversations because conversations around these topics don’t reward or require truth or demonstrability when it comes to claims. They reward persuasion and charisma and this is ultimately dangerous because not all charismatic speakers are going to be interested in skepticism or in truth but in popularity and in winning elections. Fallacies can be used in political conversations provided they are used convincingly by skilled speakers who understand how to craft a position that appeals to people who vote. Politicians can and do appeal to emotions, they launch personal attacks, they appeal to authorities, they exaggerate the positions of their opponents, they equivocate. So what can we do?

Skepticism and the fallacies of politicians:

In this strange “post-truth” world, how can we combat the fallacies used by our elected leaders? We can remind people who’ll listen that fallacies continue to exist even in a world where we see more and more people are seeming to care less and less about truth. We can and must constantly share with our friends, families, and followers, definitions of fallacies and examples of those fallacies to help them identify when and where politicians are being fallacious. And most importantly: whenever politicians or influential individuals share examples of fallacious reasoning, we can shred them for it (alternatively as one commentator pointed out we can shred it for them). When we hear politicians launch irrelevant personal attacks on their rivals we can share those statements and point out that the personal attacks are not relevant to someone’s credentials or qualifications for a position. When we hear politicians being inconsistent, we can share those statements, along with past quotes which demonstrate the inconsistencies. When we hear politicians attempt to appeal to emotions, we have to be honest and we have to be willing to verbally clash with those politicians.

We must challenge politicians when they use fallacies to gain support. If we value valid reasoning we must challenge politicians, especially politicians that we agree with. We must work towards a world where we value more than political soundbites but rather strive for real conversations. We must also be fair in our criticisms and challenge politicians who we tend to agree with, whenever they also use fallacious reasoning. We cannot be seen holding our opponents to a higher standard than our friends and comrades. I value skepticism which is why I think it’s important that we demand real conversation on political issues and if we allow fallacies to run rampant in political discourse I am afraid that it will lower the quality of conversations that our politicians can and do have because they don’t see these conversations as intellectual arenas but rather as glorified and high-stake popularity contests.

Because of this election I think I’ll probably restart Fallacy Friday. But until then have a few links!

Neat article that criticizes multiple candidates for fallacy use.

Brutal Article that goes directly after Trump for fallacy use.

Interesting article that talks about fallacy usage from Clinton.

One of my fallacy lists.

I’d love to know what you think about fallacy use by politicians! If you want to share your thoughts feel free to do so down below in the comments section. You could also share your favorite or least favorite fallacies that appeared during the election. 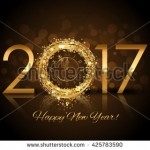 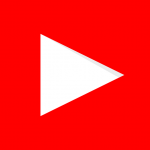 January 8, 2017 I Actually Made A Couple Of YouTube Videos This Weekend!
Recent Comments
0 | Leave a Comment
"Sin is disobeying God's commands. The bible tells Christians to sell all they have and ..."
WCB-2 How Can Skeptics Better Challenge Christians ..."
"It is infuriating to me that this administration, for all of its rhetoric about putting ..."
Tawreos What Secretary Of State Pompeo Remembered ..."
"I wrote and published this post not even five minutes before I saw that Iran ..."
Luciano Joshua Gonzalez What Secretary Of State Pompeo Remembered ..."
"Yes, they definitely reflect the misogynistic attitude of demonizing woman as evil temptresses. I think ..."
Caribbean Man Mythology Monday: A Honduran Twist on ..."
Browse Our Archives
get the latest from
Nonreligious
Sign up for our newsletter
POPULAR AT PATHEOS Nonreligious
1