Is The Republican Party Tolerant Of Unpopular Opinions?

Last night Tomi Lahren was one of the guests on Bill Maher’s show Real Time With Bill Maher. It was a fun chat, although Tomi didn’t speak much. I think that was a smart decision on her part given that even the Republican strategist who was there was ready to tear her apart and more than eager to challenge Trump. I wanted to focus on one of her statements because it matters. Because it isn’t correct.  She humorously stated that the Republican Party is tolerant of multiple voices and opinions. To see if that’s true let’s go over to Hawaii.

The first question is asked to Tomi. Her response is generic, particularly when she says there are a variety of opinions in the Republican Party. Not true. From an insider in the Republican Party, Beth Fukumoto, we can overcome this idea of tolerance of dissent among the conservatives of the United States. Beth Fukumoto is a Republican and a member of the Hawaii House where she serves as the minority party leader who went against Trump and claims that she was voted out of her post. She was almost unanimously voted out, with the only vote to keep her in being from her colleague Cynthia Thielen.  Beth Fukumoto refused to quietly obey Trump and assign him respect that he doesn’t deserve and has been vocal in her opinion of him (she has the demonstrable opinion that he’s made sexist and racist comments). She made a speech at the Women’s March which can be watched here.

Beth Fukumoto has also evidently been accused of being a RINO (Republican In Name Only) even before the Women’s March and before Trump’s run at the presidency. If you YouTube her name you’ll come across multiple videos accusing her of “sounding like a Democrat” and saying that she must go to “Save the Hawaii GOP”. Basically she sounds like a decent human being and not a politician (at least right now) and apparently that’s a problem.

A refusal to tolerate dissent isn’t new among the conservatives and the treatment of Beth Fukumoto, a politician who isn’t dogmatic and is willing to compromise, can definitely serve as evidence of that. This is dumb to me, because I’d think the GOP would be happy to have anyone in Hawaii’s State House and I’d have thought that they would embrace her instead of consistently antagonizing her.

P.S.: If you’re curious she’s reportedly considering leaving the party. Who can blame her? 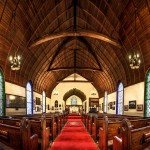 February 2, 2017
The Johnson Amendment And Trump's Statements
Next Post 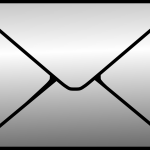 February 4, 2017 An Open Letter To Former Atheists; We Aren't The Same
Recent Comments
0 | Leave a Comment
Browse Our Archives
get the latest from
Nonreligious
Sign up for our newsletter
POPULAR AT PATHEOS Nonreligious
1