Fallacy Talk #2: Gish-Gallop And Why It Should Be Discussed

Fallacy Talk #2: Gish-Gallop And Why It Should Be Discussed February 8, 2017 Luciano Gonzalez

It seems like we should talk about Gish-Galloping. I’m motivated to talk about the Gish-Gallop because it was mentioned last night on the Daily Show by Daily Show correspondent Michelle Wolf (unfortunately at the time of this post’s creation the video is not up on YouTube so I can’t embed it directly within the post, but by clicking on the link above this you can go and watch the video yourself and you should because Michelle Wolf is incredible), just not by name.

This is a really fun fallacy to talk about because it’s common as heck and we can all recognize it. It’s when you drown your opponent/the person you are debating with claims and make it impossible for them to address every claim made in a short period of time. This can be used to make a lesser debate sound substantially better at debating than they actually are and it can be tricky to deal with.

Gish-Gallops can and do expose the weakness in formal debates in terms of seeking truth and communicating it effectively. Most people realize that formal debates are not good ways of seeking truth and communicating it effectively, but if you haven’t realized that yet allow me to explain this further. Someone who is a clever debater can “win” a debate without arguing for the correct position by using clever tactics like the Gish-Gallop. The reality is that there are lots of convincing debaters out there who can make arguments that sound more persuasive than the arguments that are supported by facts particularly when they are debating people whose positions have more factual support but are less appealing or are less hyperbolic. Being aware of this consciously can help someone stay in a skeptical state of mind when they are analyzing debates and reading through claims made by people who seek to persuade them of a position.

Lots of people have talked about the Gish-Gallop in the context of the news. It’s important that we understand that when news anchors and guests on things like talk-shows have agendas it can be hard to counter them and fact-check them on the air. Gish-Galloping is an easy tactic and one that can be done remarkably well when it’s done for a specific audience on either the right or the left. This is the case with Conway in at least a few of her interactions with the media and she is really good at it as Wolf notes on the segment of the Daily Show that is watchable by clicking on the link from the beginning of this post. Part of the issue is that it’s not easy to counter this politely, and even if that were done as objectively and as politely as possible many of people who supported Trump, Conway, and Bannon, would just accuse any reporter who countered these claims of being biased against the new administration.

Trump’s strategy of making it look like the media is biased against him has made it so that journalists and news personalities who try to talk to key figures in Trump’s administration have to follow their roles, rather than the rules of conventional journalism and news coverage. My fellow Patheos Nonreligious blogger Martin Hughes covered this back in November and its still important because even now in the eyes of at least some Trump supporters if journalists tried to directly hold key figures in the new administration responsible this would start happening again.

What I previously said is an important caveat of trying to fact-check Trump and his supporters but it can and should still be done. It’s important that we normalize objective and consistent fact-checking, especially during an administration where the Press Secretary antagonizes the press. It might not be fun for a certain type of Trump supporter, but regular fact-checking and examination of even the minutia of claims made by Trump and his minions matters. If we value truth we need to explore every claim and devote time to trying to find the truth that may or may not exist whenever Trump and his supporters make claims. It’s worth confronting each Gish-Gallop and continuing to seek truth, even if Trump wants to make it hard for us to do so. The truth doesn’t care about Trump’s efforts to hid it, or to punish it.

Truth is still truth. Take strength in that knowledge friends. 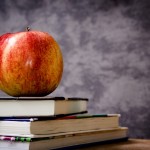 February 7, 2017
Let's Talk About Betsy DeVos And Her Confirmation
Next Post 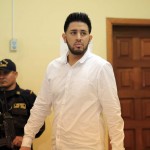 February 9, 2017 Kevin Solorzano's Long Legal Battle And Why You Should Care
Recent Comments
0 | Leave a Comment
Browse Our Archives
get the latest from
Nonreligious
Sign up for our newsletter
POPULAR AT PATHEOS Nonreligious
1 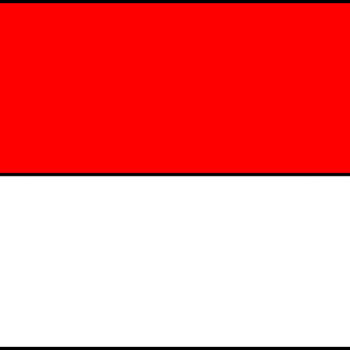 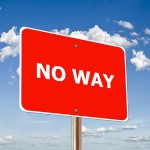