When it comes to failure of the GOP’s healthcare bill a few Republicans, most notably Paul Ryan, have cited “growing pains” as part of the reasoning behind the collapse of the bill which would have devastated healthcare access for millions of estadounidenses. Another Republican who has spoken about the transition from opposition party to governing party is Representative Tom Cole of Oklahoma, in addition to other allies of the Republican Party. In order for you to fully understand the context in which “Growing Pains” keeps reappearing in speeches and conversations by both GOP politicians in office and political pundits supporting the “governing party”, I want to share a few videos which feature this statement as a partial explanation for recent legislative failures.

This last one isn’t “growing pains” directly but it’s close enough to “growing pains” that I’m including it. This idea that the GOP needs to relearn how to be a governing party is complete nonsense and is also totally unacceptable.

Another example of the “growing pains” excuse can be found in an article on The Hill where right-wing writer Lucian Wintrich admitted that the right-wing is forcing itself to become more realistic in its writing, and that many conservative outlets need to reevaluate how they do things. These are not problems that come with a party that is focused on governing, more than winning votes. Unfortunately for many years the Republican Party has solely focused on winning votes and doing nothing else aside from keeping its members in office.

The GOP And Its Growing Pains Make It Sound Like The GOP Has Issues With Its Memory:

Speaker Paul Ryan and the Republican Party Leader hosted a press briefing last year where they talked about how they are the Party of Lincoln in response to encroaching bigotry sneaking into the Republican Party during the election. A governing party that remembers Lincoln’s presidency and is the very same party he led to victory shouldn’t have memory issues, given that Abraham Lincoln was the president over a century and a half ago.

Why is the Party Of Lincoln unable to remember how to govern? And more importantly: why has the failure of the Republican Party to pass its healthcare bill been something that saved people’s lives?

It’s Scary That The Republicans Don’t Remember How To Govern:

The idea that a party that has existed for over 150 years and has had 19 presidents (the most presidents out of any party in the history of the United States, with the second largest number being those of the Democrats at 15 presidents) has somehow forgotten how to govern should terrify people. When we hear this we should be worried about the future of our country.

We should be worried about a party that has apparently been so caught up in their own insatiable need to oppose a president that even now when their own party is in charge they still can’t get their act together. They’ve been so focused on stopping the government from being productive that even with the support of both the executive branch of government and the legislative branch of government they can’t fulfill their promises. From Trump’s ban, to getting a Supreme Court Justice on the Supreme Court and permanently retaking the third and final branch of government, to passing this healthcare bill, it’s been plenty of small disasters and now a major one for Trump and for the Republican Party. But citing that they’ve conveniently lost some of their memories of when they controlled the government is absolutely not justification for the disastrous last few weeks.

If you’re curious as to when the last times were that the government was controlled by the Republican Party two fantastic articles from Snopes and from Azcentral reveal that at various points in the last century, including as recently as George W Bush’s presidency the government was entirely controlled by the Republican Party, despite a funny (but inaccurate) claim on social media stating that the last time this occurred was in 1928, immediately prior to the Great Depression. However: even if this had been true, and the Republicans were rightfully experiencing “growing pains” this would still not be an excuse for them to not get their acts together.

The idea that a political party can use “growing pains” as an excuse for anything is childish. People vote for politicians to represent them. Any political party should at any time be ready to govern because the politicians who make up a political party are not elected to oppose other politicians but to represent their constituents and to act on their behalf, but especially during an election year. People shouldn’t vote because they need someone to oppose people in the government, but because they see politicians as capable individuals who can make the right decisions on their behalf.  Its obvious that the Republican Party is not ready to govern and I hope during the next elections the people of this country remember how woefully unprepared the Republican Party has been so far, and will almost undoubtedly continue to be.

Healthcare is not a game and the consequences of the GOP passing their healthcare bill would have been terrible. We as a country shouldn’t have to breath a sigh of relief because the Republican Party never actually got together to create any real sort of replacement plan. As a country we shouldn’t be happy that our governing party failed to be prepared to govern. It’s a sad sign of how far we’ve fallen, in terms of the quality of our elected officials. 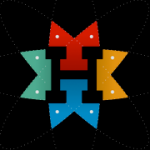 March 25, 2017
I Work With A Lot Of Organizations, Here Are Two You Can Check Out!
Next Post 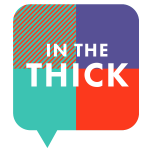 March 28, 2017 In The Thick Hosts A Chat About Immigration In Newest Episode
Recent Comments
0 | Leave a Comment
"Sin is disobeying God's commands. The bible tells Christians to sell all they have and ..."
WCB-2 How Can Skeptics Better Challenge Christians ..."
"It is infuriating to me that this administration, for all of its rhetoric about putting ..."
Tawreos What Secretary Of State Pompeo Remembered ..."
"I wrote and published this post not even five minutes before I saw that Iran ..."
Luciano Joshua Gonzalez What Secretary Of State Pompeo Remembered ..."
"Yes, they definitely reflect the misogynistic attitude of demonizing woman as evil temptresses. I think ..."
Caribbean Man Mythology Monday: A Honduran Twist on ..."
Browse Our Archives
get the latest from
Nonreligious
Sign up for our newsletter
POPULAR AT PATHEOS Nonreligious
1