UPDATE: The court case is not happening tomorrow, March 3rd. The court case has changed and it is my understanding that while it was originally going to be handled in the state level court, there has been a change and it will now be happening on the federal level, which means that this case is increasing in importance but there will be changes to how it is going to happen. Fortunately this undoubtedly means more media will be covering it in English and in Spanish but it also invalidates some of the details that were discussed in this article. That being said this article is still a decent way to learn about the background of this case and to read about some of the coverage of this case that has already occurred. I apologize that the details of this case have changed but I am still going to be providing coverage of it moving forward. This case still deserves your attention and should still be something anyone who enjoys my posts should keep an eye and a ear out for.

Before we go any further I want to recap but here’s the really short version: the Humanistas Seculares de Puerto Rico are taking Carlos “Johnny” Mendez and his allies to court for the previously discussed decree created by Puerto Rico’s president of the house and tomorrow is the first time that both the Humanistas Seculares de Puerto Rico and Carlos “Johnny” Mendez will be at court together related to this incident. This has gone on largely ignored by English media, even with a variety of new developments since my first post on this topic.

Let’s Recap And Share Some Reactions To The Decree:

On February 17th Puerto Rican news outlets began reporting on an unusual decree: Puerto Rico’s President Of The House had created and pushed through an unusual piece of legislation saying that there would be an period of prayer and fasting, starting on February 27th and ending on April 7th. The decree also said that participation in this event was optional, a move that I and various others believe is so the politicians could argue that it’s not a violation of Puerto Rico’s constitution when it was inevitably taken to court.

News outlets in Spanish also began reporting that the decree had caused a reaction from the Secular Humanists of Puerto Rico, a group led by Eva Quinones that is undoubtedly currently preparing themselves for tomorrow’s events. The events have also caused supporters of the New Progressive Party of Puerto Rico (the political party of which Carlos “Johnny” Mendez is a member and which for the rest of this article shall be referred too as the PNP) to react to the Secular Humanists of Puerto Rico causing headlines like: “Mariana Nogales Has Been Criticized For Wanting To Impose Her ‘Atheistic Vision’ On The People“. Mrs. Nogales is the director of the Humanistas Seculares de Puerto Rico’s legal committee. This article has hilarious lines like: “The group led by Angel Luis Gonzalez, Ramon Diaz, and Juan Ramon Perez categorized the radical demand against the President of the House and the group of 37 legislators who signed the decree as a new ‘gag-order’ and an attack on freedom of expression. Additionally they see this as an attack on the faith that blankets the Constitution of Puerto Rico.”

Another set of hilarious lines includes this: “‘Mrs. Nogales is trying to cut up our constitutionally mandated right to meet and pray without fear of persecution. I don’t doubt that this lawsuit is a frivolous attempt to gain attention and coverage from the media. The truth is that we’re going to support the decree, we will actively participate and our voices will not be silenced.’ Says Gonzalez a public accountant working in San Juan.”

I want to point out that this is in no way a gag-order. What Carlos “Johnny” Mendez and his supporters have done with this decree is begin to violate the Constitution of Puerto Rico, which in article 2 section 3 says: “No law shall be made respecting an establishment of religion or prohibiting the free exercise thereof. There shall be complete separation of church and state.” What some members of the PNP want is to test the waters of how far they can go before someone challenges them. I suspect that was orchestrated as a test by savvy politicians who want to capitalize on Christian voters in Puerto Rico and I’m sure I’m not alone in my reasoning. A gag-order, even in the loosest sense possible would be something like the Humanistas Seculares de Puerto Rico saying that people cannot pray. That is in no way what’s going on here. What the Humanistas Seculares de Puerto Rico are after is preventing politicians in Puerto Rico from legislating their religious beliefs into law and also from turning politics into a sensationalist game instead of creating objective policy proposals that better the quality of life experienced by people who live in Puerto-Rico. No one in the Humanistas Seculares de Puerto Rico is trying to prevent people from praying nor are they trying to “cut up” anyone’s constitutionally mandated rights. People like Angel Luis Gonzalez should be mad at Carlos “Johnny” Mendez and his allies, not the Secular Humanists.

It is members of the PNP who are trying to impose their theistic beliefs on everyone else, not Mrs. Nogales, Mrs. Quinones, or anyone else in the Humanistas Seculares de Puerto Rico. I wish that people like Angel Gonzalez would realize that they should be alongside the Humanistas Seculares de Puerto Rico and be angry at men like Carlos “Johnny” Mendez not the people who want politicians to do their jobs.

On February 23rd the Humanistas Seculares de Puerto Rico published a response to the decree, in it they stated that they’d be launching a lawsuit against Carlos “Johnny” Mendez and the legislators who signed his absurd decree. On February 23rd a judge named Pagan Ocasio refused to outright paralyze the decree and it was decided that on March 3rd both the Humanistas Seculares de Puerto Rico and Carlos “Johnny” Mendez’s legal representatives would appear to discuss this further.

The document highlights among other things: the damage that this would do to nonbelievers and non-Christian theists as this decree is a first step in establishing an official religion of the government. At the time in response to the actions of the legal committee of the Humanistas Seculares de Puerto Rico Mrs. Quinones said that this was a necessary action and that it was something she felt they must do as a “moral and ethical duty of our organization not just for our members and partners but for everyone, both nonbelievers and believers alike, throughout Puerto Rico. When elected leaders decide to ignore the content of the Constitution of Puerto Rico in perverse attempts to impose their religion on everyone, they are demonstrating that they lack respect for the people who live here and that they lack respect for the Constitution itself, a document which they swore to protect and uphold when their accepted their duties and responsibilities as politicians.”

If you are in Puerto Rico and want to support them attend the demonstration they are planning tomorrow morning! 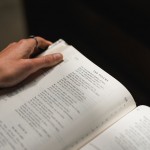 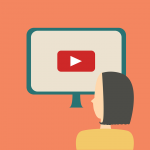 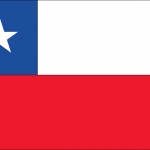