Talking about diversity within the skeptical community can sometimes result in neat chats like this. Yesterday I made a post about diversity in skeptical conferences and this caused a reaction. David Osorio a digital pal of mine and a Colombian writer wrote a response to it. David is a solid writer, and someone who I generally consider to be a writer above my skill level. That being said: like many writers about diversity who aren’t fans of an emphasis on it David wasn’t a huge fan of my article and his response, while generally moderate and wittily written, has a few glaring points that I feel the need to respond to and correct.

Responding To Some Of David’s Points:

David claims that I referred to skin color, sex, gender, and sexual orientation when I wrote about diversity. I wasn’t. At least not exclusively. I would have been smarter to make this a bigger chunk of my article, but I explicitly included other traits in my thoughts on diversity such as career choices (by which I meant something like the fact that many speakers at conferences are bloggers or began by blogging). Next time I talk about this I’ll make that a greater focus of an article to go ahead and prevent such simple arguments from being made, but no my understanding of diversity doesn’t refer solely to biological traits and to think that it does implies at most a skim reading of my article (of course David almost certainly read the whole thing before responding to it but still it does imply that). David also implies that I believe that a deliberate bias or prejudice is what keeps these conventions and conferences lacking in diversity. That’s not the case and nowhere did I state this, in fact I actively stated that I thought it was simple laziness (which I still think because it seems to be the case, I never once implied that this is deliberate and I would never do that).

Diversity in cultural backgrounds because it means diversity in religious experiences and often religious knowledge. Most of the non-Hispanic readers I have probably don’t have experiences with Brujeria or Santeria even if they are aware of these beliefs and traditions existing. Of course exceptions exist but in all seriousness how many non-Hispanic and non-Latin-American skeptical leaders are intimately aware and have experiences of these traditions and beliefs?

Diversity in backgrounds has an actual impact on conventions. Diversity allows us to more comprehensively talk about how religion affects society. The idea that I, a Latin-American who lived in multiple countries, experienced Catholicism the same as say Pat Condell, a former Roman Catholic born in Ireland and raised in England is laughable. The idea that David and I have the same experiences with skepticism is also laughable. David became a skeptic after reading texts by Christopher Hitchens, Fernando Vallejo, and Onfray. I became an atheist after realizing that arguments for Christianity didn’t have sufficient evidence or support, largely by reading and learning about arguments for Christianity. I had very little prompting in this by any sort of skeptical thinkers and didn’t learn about Christopher Hitchens and some other such writers until last year (at which point I had already been a skeptic for two years).

Additionally David doesn’t acknowledge that our ideas are almost undoubtedly at least somewhat influenced by our backgrounds and for at least some of us our experiences with both religion and skeptics has been affected by things like our skin color and our ethnicity and of course our countries of origin. My opinions on the dangers of religion are informed by my experiences in places like Colombia, Panama, and Honduras. My background has a significant impact on my ideas and I acknowledge this and in fact I take pride in it.

Some groups have greater stakes when it comes to become skeptics. Women in Latin-American countries have more to lose by accepting religious traditions which consistently deny them access to birth control and abortions than men do. Members of the LGTBQIA+ community in Latin-America and other religious regions are more affected by an acceptance of religion than straight men (and often straight women), and acknowledging this is a positive thing to do.

No It’s Not Racist Or Sexist To Want To Hear Diverse Speakers And To Celebrate Them Making It:

Some people claim that by overusing words like racism and sexism we’re diminishing their meaning. And if you think that people, particularly people in minority groups are racist or sexist for wanting to hear people from backgrounds like theirs, you are one of the people overusing racism and sexism.

It’s not racist or sexist to want to see someone vaguely like you, or having something in common with you that’s undeniable and unchanging, at a convention or conference as a speaker. This is a laughable claim. Wanting representation isn’t sexist or racist. On the most simple level obtaining representation merely means that people understand that your group or demographic exists within their greater group. Wanting that acknowledge isn’t racist or sexist and to claim that it is, is nothing more than hyperbole meant to get people riled up.

Part of the problem with this line of reasoning is that I know that the skeptical movement on a larger level ISN’T too white, or too male. I know that there are a significant number of women, and of people who aren’t white, in the skeptical movement. What I want is for those individuals to be acknowledged and for there to be more people who aren’t white and male to be speakers. I don’t pretend that non-whites and/or women are in the majority when it comes to the secular/skeptical movement worldwide or within the confines of the United States, but we need to stop reinforcing the idea that all or most of the people worth listening too are representatives of these demographics.

How Can We Talk About Diversity Without Having Reactions Like This?

Diversity is still a positive good when it comes to considering the composition of skeptical conferences and conventions. Nowhere did I say that my conception of diversity was limited to biological factors, yet a response to my post ignored the times I explicitly stated that diversity is more than biological but refers to things like politics, what religion one might have once been, and career choices. Diversity in all of its forms matter and despite what some think is a factor that ought to be considered to enable the best possible conferences and conventions.

David’s response is smart. It’s probably better than my initial post. Next time I’ll focus more on including people of different career choices and from different religious backgrounds, rather than talking about it largely from a race and ethnicity standpoint. I actually kind of understand rolling one’s eyes at conversations about racial and ethnicity diversity within the secular community.

I’ll also clarify that race and ethnic diversity also includes a higher chance to be exposed to certain religious traditions and belief systems outside of Christianity (and occasionally religious syncretism that results in odd forms of Christianity with strange beliefs that are not part of traditional Estadounidense Christian beliefs). 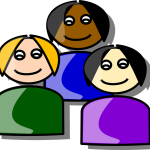 April 18, 2017
Diversity Matters For Skeptical Conventions And Conferences
Next Post 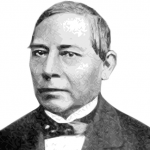 April 20, 2017 The Benito Juarez Experience: A Podcast Worth Checking Out
Recent Comments
0 | Leave a Comment
Browse Our Archives
get the latest from
Nonreligious
Sign up for our newsletter
POPULAR AT PATHEOS Nonreligious
1 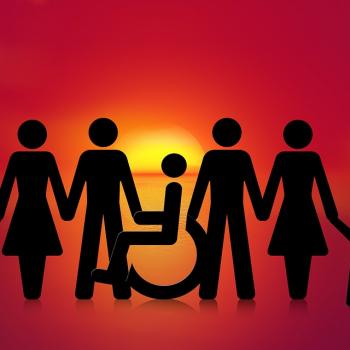 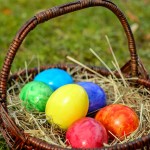