The Hispanic And Latin American Forum:

Throughout the country there are many communities that lack institutions that exist to grant Latin American and Hispanic voters opportunities to be heard by elected officials and tools to effectively organize and participate in elections independent of the level of the particular topics they’d be voting on. I want to change this which is why I am creating my own group that seeks to work with and empower political operatives and strategists of both political parties and of Hispanic and Latin American descent who seek to make sure the voices of our shared communities can be amplified and granted the significance we deserve.This is bipartisan in nature because Hispanics and Latin Americans are not universally left-leaning and are not all conservative either. I want any and all Hispanics and Latin Americans who care about politics and about being heard by the elected officials who are supposed to represent them to feel included in this organization and to feel welcome to make use of the tools we offer to increase both local media coverage of Hispanic and Latin American voters and to make it clear to politicians that we must be actively courted by anyone and everyone who wants our votes.

The purpose of the organization itself is to empower political operatives who want Hispanic and Latin American voters to have opportunities to express themselves politically beyond voting and to have opportunities to speak directly with elected officials and candidates who are running for office. It is in part to make sure that voters of every political ideology who are Hispanic and Latin American can have a chance to be involved in politics on more than one day a year for a few minutes while at the voting booth.

We are brand new but we’re already gradually appearing on social media. If you want to connect with us, check us out on Crowdpac, and on Facebook. We look forward to meeting you and figuring out how we can effectively collaborate! 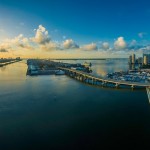 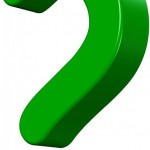 July 12, 2017 Here's Why Compassionate Skepticism Is Necessary
Recent Comments
0 | Leave a Comment
Browse Our Archives
get the latest from
Nonreligious
Sign up for our newsletter
POPULAR AT PATHEOS Nonreligious
1