A Conversation About Deconversion, And Why People Share Their Stories

A Conversation About Deconversion, And Why People Share Their Stories July 23, 2017 Luciano Gonzalez

The experiences we have with religion hugely differ from person to person. Even people in the same church, who’ve attended that exact same church their entire lives have different experiences with religion which is why some leave the church and some don’t, and why some become pastors, priests, and nuns, and others don’t even if they are whatever type of believer they were their entire lives without ever truly changing their religious beliefs. As an atheist who has shared my deconversion story online (I’ll link it at the bottom of this post for anyone interested) I didn’t do it to somehow make points against Christianity. I didn’t share my story to encourage people to leave behind Christianity. I didn’t do it to somehow discredit Christianity. Nor am I saying that Dave believes these nonbelievers did it to somehow discredit Christianity. I did it to start a conversation among Latin-American believers and nonbelievers about religion and to humanize nonbelievers of Latin-American descent, something that our own medias almost systemically refuse to do themselves so its left to us.

There are benefits to sharing one’s deconversion story if one wants to say find a community online. Or if they want to become an activist after becoming an atheist. Or if they just want others to hear their story. As someone who shared my story it felt good talking about it and verbally discussing how I eventually got my current platform and became as passionate about the topics I am passionate about. It felt good to talk about the experiences I had with Christians and Catholics in Latin-America and how those experiences challenged my largely American Catholicism and then non-denominational conservative Christianity and undoubtedly contributed to me realizing that some point I had unconsciously left my religion behind. Sharing our stories isn’t always going to be about the people who contributed to our decision to leave the Church or the Mosque or the Synagogue or the Temple or any other house of worship. It’s not always going to be about attacking the beliefs of our brothers, our sisters, mothers, fathers, aunts, uncles, friends, and neighbors. And not everyone who leaves is going to be an academic or a former apologist.

Many former believers who are now atheists, agnostics, or any other type of nonbeliever were not scholars of religion and to hold us to this idea that we must be or that its worth critiquing our experiences and our stories and holding them to that standard is ridiculous. Not every Christian or every Catholic is a scholar of religion and I rarely if ever see anyone in our camp suggest holding them to that standard even when we examine testimonies from their side of people who were atheists or were believers in something else before becoming Christians and/or Catholics. What we are, like many former anythings who convert to Christianity and/or Catholicism, is honest.

When we examine our understanding of Christian claims and find that they fall short and we deconvert because of that we are being honest we are not dogmatically clinging to a position that has been shown to be unfounded. We honestly examined our understanding of a position and when we found it to not be reflective of reality and that changes our minds it makes us honest people, not dogmatic yes-men whose beliefs matter more to us than reality. And before anyone accuses me of calling Dave that, don’t misunderstand me. I think his belief is the result of an honest examination of claims and evidence, and that he has observed different claims and different evidence than I did when I was a Catholic. I think he is honest. I think just about all of the Patheos bloggers are more or less honest in our motivations and in our religious views (and in my case and the case of my fellow Patheos Nonreligious bloggers irreligious views). Now if a new position appears, say someone was a Protestant, they examined that position found it to be untrue and then deconverted, found another branch of Christianinty and believed it to be true and converted to that form of Christianity, good. I am glad they are being honest. I want an honest world and for people to seriously examine their former positions and their current positions and other positions that are not their former positions or their current position and for them to be willing to change if they find their beliefs to be untrue or unreflective of reality.

Deconversion Stories Are Generally Honest Examinations Of Religion As It Relates To Life Itself:

I don’t talk about this much in my account of my gradual deconversion but I became an atheist after examining the truth value of the claims of the Bible. That was the thing that drove me to leave Christianity. But I’ve heard numerous deconversions and in many of them I’ve heard nonbelievers talk about how their family’s form of Christianity affected life in the home. For that reason expecting them to be scholars of Christianity in order to validly leave it or criticize it is silly. For many people the most important thing about Christianity isn’t necessarily its truth value but the impact it has on their lives in the ways its rules and regulations affect their homes, and communities. This is an important thing to realize and consider as people listen to or read deconversion stories. Of course many deconverts also examine the truth value of the claims of the Bible, but in my experience among those who share their stories its first an examination of the rules that Christianity or any other religion demands be followed that leads to this eventual examination of truth claims of the Bible or any other sacred text.

I’d love to hear your thoughts on this matter and if you’re interested to hear a bit about your deconversion. If you want to listen to mine you can listen to it here, where I talk with my friend Steve Hilliker on his podcast Voices Of Deconversion. I’ll probably write more on this topic in the future. 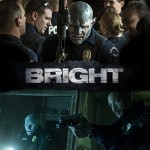 July 21, 2017
Netflix's Bright Could Be The Next Great Urban Fantasy Movie
Next Post 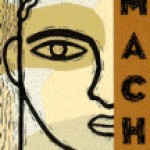 July 24, 2017 Reading Muy Macho: A Look At Latino Masculinity
Recent Comments
0 | Leave a Comment
Browse Our Archives
get the latest from
Nonreligious
Sign up for our newsletter
POPULAR AT PATHEOS Nonreligious
1