The Nashville Statement, Its Authors, Signers, And Why It Matters

The Nashville Statement, Its Authors, Signers, And Why It Matters August 30, 2017 Luciano Gonzalez

If you pay attention to the religious factions within the Bible Belt you might have heard of a thing called the Nashville Statement. In today’s post I want to examine the Nashville Statement and discuss how it impacts conceptions of family and families. If left alone and not criticized this document could empower a conservative faction of Christians (who are also thankfully most likely a small faction of Christians) who because of it would feel energized when it comes towards moving society to their own limited interpretation of the Bible which is why I think it’s important that we talk about this and that the Nashville Statement be explored and studied at length. Today I hope my brief analysis of it encourages you to examine it, and share your thoughts about it with me and with others in your communities.

What Is The Nashville Statement & Who Wrote it?

The Nashville Statement is a document created by the Council on Biblical Manhood & Womanhood. The CBMW is a group that wants to see evangelicals adopt a thing called the Danvers Statement which they released in 1987. The Danvers statement is similar to the Nashville Statement but focused far more on family and family philosophy than on sexuality and marriage. Both should be read by anyone interested in having a real conversation about them and about the Council on Biblical Manhood & Womanhood but it’s understandable why some are okay with having nothing more than “hot-takes” on the issue.

The Council on Biblical Manhood & Womanhood issued the Nashville Statement for attention although that by itself isn’t necessarily a big thing. They chose the timing to coincide with the national conference of the Ethics & Religious Liberty Commission of the Southern Baptist Convention. And in case you don’t believe me the president of the Council On Biblical Manhood & Womanhood actually published an article where he says this directly which means that they wanted their statement to be a core part of the conversations which take place at the national conference.

The Nashville Statement has 14 articles which all touch on aspects of sexuality and marriage from their interpretation of the Bible. Some of its affirmations are surprising such as it going out of its way to talk about those who have some sort of physical disorders which affect sex development and calling them for them embrace their biological sex and be followers of this particular vision of Jesus Christ. Others are surprising in the opposite way: such as article 10 which says that even approving of homosexuality is sinful, an extreme which makes sense according to the Bible (where punishing entire populations for the acts of a few took place a lot) but isn’t often the way modern Christians talk about this issue. Similar to when a Honduran Catholic Cardinal said that even working towards legalized abortion merited excommunication. I once again urge anyone who wants to talk about this topic at length actually read the document instead of finding sources talking about it and parroting them. It’s not a fun read, or a good one but it’s mercifully short and of course it’s not written in a way that’ll convince anyone who didn’t read it already thinking that it was correct that it’s worth considering. It doesn’t present a challenge

What’s The Relevance Of This In The Modern Era?

Interestingly in its preamble it acknowledges that many people are moving beyond some aspects of its narrow vision of Christianity. It challenges the church and encourages it to continue to cling to a myopic vision of Christianity, which Mark Silk of Religion News Services also points out in his post on the manner asking if they want this to be “the hill Evangelical Christianity dies on”. This statement wants to encourage the older Christians and young people who think like they do to be set in their ways and encourages them to cling to their backwards understanding of reality, gender, and the role of sexuality in religion.

To me part of the relevance of this is in how we as skeptics deal with this sort of hard-line thinking. How do we challenge this? How do we engage with this sort of thinking both online and in real-life? I want to start to challenge this by pointing out, like Mr. Silk did that support for same-sex marriage is increasing, and that the Bible featured multiple characters who defied what the Nashville Statement says about marriage and greatly undermined the points of the authors of the Statement given that these characters are celebrated in the Bible and not condemned for their actions not to mention the research which talks about the complexities of biblical marriage. How would you challenge this sort of thinking?

Another point worth making here is the following: this sort of thinking hasn’t gone away. This statement has been shared hundreds of times. There are hundreds of thousands of people who think this way in the United States at least, and by looking at the signers of the document it’s pretty clear not all of them live in the south and that this document has signers in other countries. Some live in Arizona, or in Colorado, or in Kansas, and in plenty of other states and assuming that all of these people are in the same area or even region is bad because it ignores just how widespread and popular this statement is, while also ignoring the foreigners who’ve signed this document as well and who will sign the document in the days and months to come as it spreads through the Evangelical section of the internet. The signers of this document are influential individuals including reportedly one of Trump’s advisers who suggested he ban transgender troops from the military, Tony Perkins of the Family Research Council. Weirdly if you follow the Family Research Council on social media they don’t mention the Nashville Statement but the Statement lists their president as one of their signers. Weird huh? This is more than a document signed by some isolated pastors in Nashville and we need to recognize that and take it into consideration when we talk about it.

Activists, journalists, and theologians are currently discussing the Nashville Statement online and if you want to read some of their articles on it, here are some that I’ve read and enjoyed. I’d love for you to join in on the conversation as well. Read the Statement and then let me know what you think! It’s important that this not be ignored by us skeptics while it spreads throughout the Evangelical sites and digital communities and other factions of Christianity react to it as well. 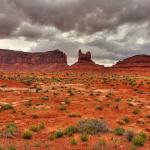 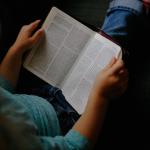