Legislation, Cars, And Protesters: How Laws Can Be Affected By Tragedy

Legislation, Cars, And Protesters: How Laws Can Be Affected By Tragedy August 25, 2017 Luciano Gonzalez

Just two days ago James Croft of Temple Of The Future wrote a brilliantly written piece on weaponized cars and their usage against protesters over the last few months. It was a phenomenal piece and anyone who reads this one definitely should go read his as well. While its important that we talk about patience when it comes to cars the idea that when cars are weaponized they are being weaponized by impatient people isn’t always the case. The reality is rather grim here: cars in this country can be intentionally weaponized to stop protests and if that’s the case it’s fundamentally different than when they are being accidentally weaponized by lazy or impatient people. In the wake of Charlottesville it’s time that someone point out the obvious: sometimes cars are used to shut down protests and not by impatient people but by people who intend to silence patriotic individuals who are making use of their civil rights.

James Fields And Cars As Weapons Of Terrorism:

James Fields is the name of the man who is believed to have driven a car through a crowd of counter-protesters at Charlottesville, killing Heather Heyer and injuring many more people. James Fields was not a man who was late to a date or had somewhere he desperately needed to be. James Fields has been described as a Nazi sympathizer and as someone who had a fondness for Hitler. This is not someone who accidentally murdered somebody; this a man who maliciously attempted to use his car to cause a massive disruption and to sow fear into the hearts of those who came to Charlottesville to protest the white supremacists and neo-Nazis. I am not claiming that he went to Charlottesville with the intention of murdering people but I will state that using his car as a weapon was a decision he made and one that any rational person would understand could kill someone. I fear that in response to this tragedy saying to impatient people not to weaponize their vehicles isn’t aiming it at the right people. That being said: I have real reasons for still strongly standing by the post by James, which I do. Let’s go to my home state of North Carolina.

As usual my state is practically begging for national coverage for an absolutely idiotic reason. House Bill 330 is a ridiculous bill. The only possible background for this bill are moments like when Trump supporters erroneously claimed that anti-Trump protesters ended up causing an ambulance to have to perform an emergency procedure on a patient. In the wake of Charlottesville the state level North Carolina legislative body (specifically the Senate because the House had already approved the bill, because of course they had) announced that they’d keep it the bill frozen. Additionally a spokesman for Roy Cooper, the governor of North Carolina has stated that in the weird event that the bill passes it’d be voted by the governor.

Just to be clear this particular bill is not a free pass to ram into protesters even if it were somehow passed. If it’s obvious that someone willfully ran into protesters they wouldn’t be immune to a civil lawsuit, and weirdly enough if a set of protesters has a permit to be on the public street or highway where the injury took place they would still be able to sue the person or people who hit them with a car. That being said: there’s still no serious justification for this bill. There’s just not. All it does is encourage violence against protesters and offer protections to people who harm protesters, unless they are doing it “the legal way” (which means that rather than a totally improvised protest they get their paperwork in order which is of course nonsensical). Politifact reported on the exaggerated claims of Governor Roy Cooper and noted that the bill at least according to current analysis’s by legal experts & attorneys wouldn’t change much to drivers who meet the specific requirements & conditions that the bill is intended to protect.

Additionally North Carolina isn’t the only state with this sort of bill in its legislative body. Given that this is the case while I feel like James’s article could be more specific the general idea behind it is still hugely valid and horrifically it’s a necessary thing for people to say. So I’ll repeat it: don’t weaponize your cars. Just don’t use your cars as a weapon.

And yes: this is important to talk about given that just Wednesday night someone else used their car as a weapon in St. Louis where a protest was taking place to honor the life of Kiwi Herring a transgender woman who was killed by police earlier this week. In this case there are conflicting accounts with the police claiming that the car was surrounded by protesters who hit it which seemingly provoked the driver into accelerating his car  through the group of police surrounding it, and protesters claiming that the driver had his middle finger raised at the crowd before he ran into them. And in case you’re wondering Missouri is a state where bills have been considered attempting to limit someone’s civic rights such as the right to peacefully assemble. Check out House Bill 826.

Just treat people like people and not like they are expendable pieces of meat you can throw away or arbitrarily decide to run over just because their protest is inconvenient to you or is against something you support. 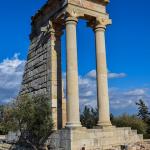 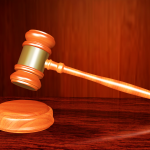