Talking Critically About Thanksgiving: A Historian Weighs In

Today is Thanksgiving. Before we go anywhere in this discussion I’m just going to get this out of the way: what we were told as children in the United States in public schools, particularly about Thanksgiving as an event which occurred at some point in the past is not accurate. I am not here to lie to readers and say that it is. What I am here to do is instead talk about the consequences of non-native estadounidenses twisting and distorting this specific event and the uncomfortable reality that we all have to deal with in some way or another: that history isn’t just what actually happened in the past but is on some level, whatever we as a society choose or what has been chosen for us to remember.

What Thanksgiving Has Become

Thanksgiving has become a day utilized by families of many ethnicities and races in the United States to pause from the hecticness of life and slow down to remember what they have that they ought to be grateful for. When separated from the events that spawned it as a celebration Thanksgiving is merely an arbitrary day to stop and acknowledge all of the ways that ones life is good and all of the things and relationships that one ought to be grateful for. It’s naive to think about this celebration outside of its historical context but for people not well-versed in estadounidense history,  this might well truly be a moment in time for gratitude and for appreciation of one’s present circumstances and that’s fine. We shouldn’t expect more from newcomers to our country and to do so is a sort of arrogance and hyper-inflation about how important our history, particularly our early history, is to the rest of the world.

Thanks to our cultural & historical narratives, and also in part to a woman named Sarah Josepha Hale (who is also the writer of Mary Had A Little Lamb) Thanksgiving has become something massively divorced from its reality as an event that took place at some point in the past.

The Danger & Heartbreaking Reality Of This Rewritten History

To some this revision of an event in the past is harmless. The reality is that it isn’t harmless. This is just the first of many events that we sanitize and “white-wash” to children which perpetuates a simplistic and easily manipulable view of our nation’s past. Of all of the events we teach children about in school concerning Europeans and Indigenous individuals & civilizations, this is quite possibly the first they come cross and it begins an extremely revisionistic trend. Now, this sanitization of history is slowly changing (by which I mean teachers are less expected and less likely to tell kids what we learned in school about this event) but when I was a kid in high-school and I learned about Thanksgiving I was given a very whitewashed version of this even abroad in Latin America. Thanksgiving was the first event I learned about where the brutality of European treatment of Indigenous individuals was replaced with a far friendlier and more pacificist outlook but it was far from the last I’d ever hear. In time it’s possible that we’ll teach children the truth of these events and others that have been similarly white-washed and sanitized and that’d be a great thing but until then we have no one but ourselves to blame for the erasure of the suffering of Native Americans at the hands of European settlers and for how forgotten that has been.

What History Is & What It Could Be (Related To Thanksgiving)

History is both the study of past events and also an examination of how the past is remembered by society. When history is considered exclusively the study of past events Thanksgiving can be recognized as an aberration. When history is how the past is remembered by society we as historians face a more complex situation. Thanksgiving has become a complex day that evokes powerful emotions in people, and not all of those reactions are positive which is a good thing because it shouldn’t inspire uniquely positive reactions. To those unaware of the event’s origins, it makes sense for this to inspire positive reactions but those aware of Thanksgivings origins shouldn’t be happy about it. The Day Of Mourning is a proper reaction to Thanksgiving and I’m grateful that it exists. History, as it relates to society’s views of the past, COULD become something great concerning Thanksgiving if educators, content creators, historians, and more come together to replace the dominant cultural narrative of Thanksgiving and instead use the last Thursday of November to highlight the violence affecting Indigenous peoples in this country and as an opportunity to talk about historical revisionism (both of which are part of the purpose of the Day Of Mourning). We could also highlight that people should be grateful for what they have every day of the year instead of on a special one that was decided by a president who needed to reunite a country in the middle of a civil war when such calls for unity could both help give the troops boosted morale and also eventually be used to reunite the country once the civil war was over.

How can we deal with Thanksgiving? If you think we should decouple it from its historical origins you’re wrong. To decouple Thanksgiving from our nation’s history of abusing Native people doesn’t undo the damage or ease it, it just erases the truth about this event and further perpetuates the erasure of the suffering of Indigenous people. Instead what should happen is an acknowledgment of the violence our ancestors inflicted and that cooperations and politicians continue to inflict on Indigenous people. When acknowledging this violence our nation’s leaders ought to reach out directly to Indigenous people and not only seek forgiveness for continuing violence but also create new opportunities for mutually beneficial collaboration between us that improves everyone’s lives and creates opportunities for growth and independence in Indigenous communities. We should also highlight how different groups can celebrate or honor events differently because a day of mourning is very different from a day of giving thanks.

We Need More Conversations About Thanksgiving & The Day Of Mourning

We need to have more conversations, and better ones, about national holidays like Thanksgiving and the reactions to them from individual groups within our nation. We also need to understand that these holidays and the reactions they provoke are real and genuine but are also a reflection of our present day values which are in fact affected by our memories of the past. Our holidays are not exclusively about our physical past as a nation. Our holidays are about our vision of the past and about our desires for the future. Both Thanksgiving and The Day Of Mourning say things about those who celebrate or honor them, and the visions those individuals have for the past and the future of our nation and it’s important that we continue talking about that.

If you want to talk and think critically about Thanksgiving you need to remember how it was taught to you in schools (and the inaccuracies of that), and you need to think about it’s being celebrated in the present day. You can’t forget how it erases the suffering of Native Americans and you can’t forget that it had a purpose when it was first made into a federal holiday by Lincoln, to raise the morale of Union soldiers in the wake of the Gettysburg victory. You need to remember that this moment in our history is not universally celebrated and that for some it’s in fact turned on its head and made into a day of mourning. And you should also remember that an aspect of history isn’t strictly limited to the actual events that occurred in the past, but also to how we as a society have remembered events which we believe actually happened in the past. Now don’t get me wrong, we can and should still be grateful for the things, relationships, and happiness we’ve acquired in our lives but not because of pilgrims in the 1600 or to honor them in any particular way but just for the sake of remembering what we have that makes our lives better. 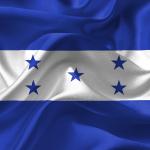 November 27, 2017 Honduras Rejects The Status Quo, Corruption, And Dictatorship
Recent Comments
0 | Leave a Comment
"Sin is disobeying God's commands. The bible tells Christians to sell all they have and ..."
WCB-2 How Can Skeptics Better Challenge Christians ..."
"It is infuriating to me that this administration, for all of its rhetoric about putting ..."
Tawreos What Secretary Of State Pompeo Remembered ..."
"I wrote and published this post not even five minutes before I saw that Iran ..."
Luciano Joshua Gonzalez What Secretary Of State Pompeo Remembered ..."
"Yes, they definitely reflect the misogynistic attitude of demonizing woman as evil temptresses. I think ..."
Caribbean Man Mythology Monday: A Honduran Twist on ..."
Browse Our Archives
get the latest from
Nonreligious
Sign up for our newsletter
POPULAR AT PATHEOS Nonreligious
1 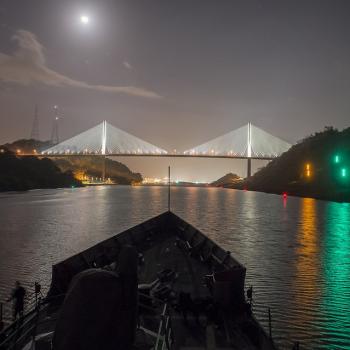