Analyzing Cinematic Afterlives: Coco And The Book Of Life’s Underworld

Today’s post is going to be an interesting one to write and to research. It’s an analysis of the afterlives posited by The Book Of Life & Coco. I’ve wanted to do this for a while now but it took me reading this in order to inspire me to actually sit down and write it out. If you haven’t seen either of these films check out the trailers for them by clicking down below.

First I’m saying that these are Mexican afterlives because The Book Of Life is an explicitly Mexican story taking place in a town that is said in the movie to be in Mexico and because Coco also explicitly takes place in Mexico.

The afterlives in Coco and The Book Of Life are not the same. This post isn’t saying that they are just because they are being discussed in the same post. Rather both afterlives have internal complexities and rules. One big distinction between the two is that in Coco once the last living person who remembered you has forgotten you or passed away you fade out of existence in an as far as the audience can tell within the context of the movie a rather permanent way.

The afterlife in The Book Of Life doesn’t destroy the forgotten in the same manner as Coco. Rather in The Book Of Life, there are separate places for those fortunate enough to be remembered and those who’ve been forgotten. The Land Of The Remembered is a wonderful, bright, and friendly paradise while The Land Of The Forgotten is cold, dreary, and hostile. In both afterlives being forgotten is most likely an inevitability or was at one point although nowadays it’s entirely possible to avoid that fate by living extraordinary and society-changing lives.

If these stories were made to be truly modern they’d also have to deal with the complex realities of how the internet impacts living memory and affect people’s ability to remember those who’ve died. Is it possible for someone who has been forgotten to be remembered once again? If so how would that impact these afterlives? I’d love to have a discussion with the story-writers and directors of these movies and see what they think of that, especially since while Book Of Life is a movie within a movie with a backdrop in the modern world, it’s not quite clear how modern Coco is.

Dia De Los Muertos/Day Of The Dead In The Movies:

In Coco, there’s a special importance to celebrating the Day Of The Dead which is the day that the ancestors of the living can cross over to the world of the living and be one-sidedly united with their families if their families placed pictures of them at their family-tree altars and this day is a wonderful day for the dead because they get to see the sort of lives their living descendants are living. It’s also the day during which the overwhelming majority of the film takes place.

In The Book Of Life, the Day Of The Dead is used as the context of a scene to allow La Muerte and Xibalba to place a bet about the fate of Maria which is the driving force behind the plot of the movie. It helps the framing device and isn’t hugely critical to the plot itself. It’s also the plot-twist which enables the spirits of Manolo’s family to arrive at the land of the living and help fight Chakal and his minions shortly after he himself is resurrected and brought truly back to life.

Where Did These Afterlives Come From?

Honestly, I have no idea. These visions of the underworld and the afterlife might have come from a reimaging of the Nahua afterlife but that’s not likely. The Nahua afterlife isn’t dependent on how one is remembered but largely how they died and to an extent by their social status. What we tend to envision as premature deaths at the hands of some diseases, death in combat, or death in childbirth are considered noble deaths and award those who suffered them favorable afterlives, but death by old-age or other “ignoble” deaths led people to Mictlan which is definitely the sort of negative place we unconsciously envision whenever we think of the underworld and not an afterlife, but first the dead had to undergo fierce trials and overcome vast challenges to reach their true afterlives in this gloomy and desolate place. The afterlives in Coco & The Book Of Life are nothing like the afterlife according to Nahuatl beliefs. These envisionments of the underworld depend upon someone being remembered and that’s clearly not the case in at least Nahuatl culture.

I suspect that this weird envisionment of the afterlife is more than anything else an original creation by people who want to mythologize the day of the dead and explain to their children and young members of their community why the day matters in a method that invokes spirituality, religion, and theories about what the afterlife must be like. That is forgivable but this idea of the afterlife and the popularity of these movies is a bit worrying to people like me who take religion, history, and culture seriously because I don’t want people thinking that these original stories were unduly influenced by Indigenous religions and beliefs when they don’t appear to have been. That being said: these are fascinating concepts and beautiful movies that while not perfect definitely (at least in my opinion) deserve to be seen and to have an impact on movie-goers. 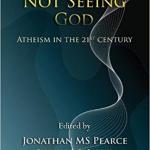 December 27, 2017
I Got That Book I Helped Write In The Mail Last Night!
Next Post 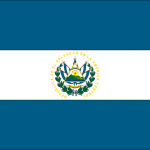