In Michigan, there is a school that took down a video of a prayer that happened on their football field because of advice that was given to them by their legal representation following a letter sent to them by Freedom From Religion Foundation. Faithwire, a publication with a tagline that contains among other things the idea “covering news with purpose” (and whose “purpose” appears to be getting ad revenue through clicks thanks to click-baity articles and misleading headlines) published an article about this that appears to feeds into the idea of the “Christian persecution complex” for the sake of the almighty dollar. This sort of shoddy coverage could make the growing conflict in this country between hyper-Evangelicals who eat up this sort of thinking and secularists, especially irreligious secularists, worse so it’s important to write a more accurate telling of what happened in Michigan. Another example of bad coverage here comes from Todd Starnes over at Fox News.

In Lake City Highschool there is a football coach whose daughter got very sick a few weeks ago. The community came together and prayed for the daughter and family. This community included families of students who attended the high school and of course their adult relatives and likely many of the school’s administrators and staff. They prayed on school property and apparently made use of the school’s loudspeakers. Making use of school-owned communications including loudspeakers is a problematic area for prayer and even if it’s the students themselves who volunteer to lead a prayer over such systems this has been previously ruled to be unconstitutional under certain circumstances. A video of this was also shared on the school’s social media profiles which makes the situation for the school a lot worse since that can very easily be interpreted as an endorsement of religion even if it’s genuinely not intended to be. The Freedom From Religion Foundation argued that such an action was irresponsible and a possible violation of the constitution.

So what did Faithwire say?

The publication reported that the Freedom From Religion Foundation convinced the school that the proper course of action was to “prohibit prayer” in the article’s headline which is not at all what they did. Student-led prayer is constitutional and the FFRF did not try to convince the school otherwise.

That is what appeared in a letter from the foundation according to the article that appeared on Todd Starnes’s Fox News publication. I understand that to many this reality is disappointing but this is in no way a prohibition of prayer, it’s a prohibition of the school’s actions that publicize their prayer and could be intrepreted as an endorsement of said prayer. Despite the aggressive wording in the Faithwire article’s headline, there is little in the article itself that suggests this is what FFRF did or was after. Both this and Todd Starnes’s article are examples of shoddy journalism and both improperly feed into the idea of a conflict between certain strands of Christianity and the basic concept of secularism as well as its supporters and advocates which is dangerous.

A proper article exploring this wouldn’t have attacked the Freedom From Religion Foundation or suggested they seek the prohibition of prayer in the school. Faithwire could revise the article’s headline and change the first sentence and this wouldn’t be a bad article but as it stands right now it’s an article that could reasonably be interpreted as seeking clicks with a tricky leading sentence and a bad headline.

With edits, Faithwire could republish this article as an exploratory piece that highlights how a community feels after realizing they did something with good intentions that could hurt religious minorities in the school and drew negative attention to a school that is staffed by well-meaning teachers and has an educational culture strengthened by feelings of love and support. What they did instead was trick their readers into reading something that feeds off of a natural human impulse to read news that explores conflicts between communities they love and groups they don’t like. Todd Starnes wrote a negative piece about a group he didn’t like and just tore into them for doing something he doesn’t like but his clickbait is of a different sort and doesn’t promise readers something and not deliver it like Faithwire’s piece does.

These articles are unnecessarily bad. They are bad for different reasons and neither is a particularly accurate article exploring these events but the reality here is an accurate article would be easy to write.

In late August students, teachers, and their families came together on Lake City High School’s football field to pray for the daughter of football coach Kyle Smith. The community hoped to show support and love to Mr. Smith’s family as their daughter suffered from an accurate intestinal infection and they did so while being recorded and making use of the school’s loudspeakers. After the prayer took place a video of it was uploaded to the school’s social media accounts. In doing these things they inadvertently may have violated the Constitution and because of this the Freedom From Religion Foundation caught wind of their actions and warned them against repeating such reckless actions in the future. Upon hearing all of this their attorney’s convinced them that it might be prudent of them to take down the videos of the event they had uploaded online which they promptly did.

This understandably disappoints members of the community but is wise action to take in order to avoid lawsuits and shows the school being reasonable in its decision making to avoid conflicts in the near future and to free up time that could be used to show real support for Mr. Smith or anyone else in their community who suffers from a serious sickness in the near future. The school’s actions were wise and their previous actions were well-intentioned and should be celebrated as a way to show the school’s kindness and sense of community instead of being weaponized by some who are driven by desires to bring eyes to their publication and potentially increase their ad revenue by feeding off of fears of persecution and silencing. 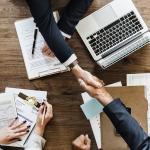 September 22, 2018
Brigade: Political Organizing For The Digitally Literate
Next Post 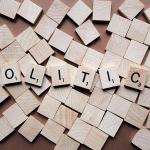