This post owes its existence to a tweet posted by Daniel Jose Camacho and the conversation that that tweet caused. Reading the tweet caused me to remember the idea of the role of “the forgotten man” or the “forgotten voters” in politics and in the 2016 election. I dislike this idea in a vacuum but I recognize that for many people who voted in the 2016 election it was one of the reasons why they voted the way they did. It’s critical that politicians not only believe that their policies are actually better than those of their competitors but also actually convince voters who are on the other side of the political aisle that their policies are in fact better than those of their competitors. Inclusive politics and inclusive policies matter and as someone who is going to run for office one day I’m going to layout to readers how it is that I plan on being inclusive and if others want to do this they can feel free because frankly many politicians don’t do enough to be inclusive and should actively be doing more than they are right now.

So @edstetzer can correct me if I am wrong, but does this new study which claims to measure why evangelicals voted for Trump contain ZERO questions related to racism or xenophobia? https://t.co/DWgyjVqSh8

When I start prepping for my run for office the first thing I’m going to do is start meeting with political groups in my community. I’m not going to limit this to progressive groups and my rationale here is quite simple. If I win the election I won’t just be the congressperson, city council person, governor, or mayor of the Democrats who voted for me. I’m going to be everyone’s congressperson, city council person, governor, or mayor. And since that’s the case I need to be open and engage all of the voters and all of the people who’d be my constituents from the start, not just after any primaries or even after I’ve filed the paperwork to be an official candidate. From the start, I need to go out and meet with the people I’d be representing. I also won’t be limiting where I go to places of voters or political spaces, I’ll go reaching out to schools, to churches, to parks, to universities and colleges. I’ll be going everywhere to meet anyone and everyone whose lives I’d have the power to affect with any bills I vote for.

Once I’ve begun my campaign I’ll be going about and advertising something pretty radical: opportunities to talk with me online. And I don’t mean Facebook Lives where tens of comments happen every second and there’s no possible way for me to keep up. I mean meetings through Zoom where I’m not excluding people who don’t have Facebook. I mean group Skype sessions where even if the sessions are somewhat private I can actually hear and respond to people in real time. I will be practicing honestly inclusive methods to hear anyone who feels the need to be heard and wants to talk to those in power.

Another thing I’ll do that I’ve yet to see any candidates do aside from the most well-known and active Senators is that I’d create groups of voters who give me feedback on certain policy positions and recommend to me how I can best help them using legislation and my vote. I would ask the people my actions affect directly how I can be a responsible lawmaker and what they need from me. I would fight for these groups to be made up of people of different races and ethnicities, of different religions, and of different political beliefs and organize them around things they share such as types of jobs or socioeconomic status. I’d want to hear varying positions and I’d want to be able to not only rely on academics and policy professionals but also working class people who can tell me themselves what they need and what they want from their representatives.

I am tired of people feeling forgotten by politics and by politicians and my brand of politics would be known for its inclusive nature. I would actively seek out different opinions and insights and I’d use these various thoughts to make my own positions stronger. I would want to know what all sorts of voters think and I’d seek out insights from groups that have historically been ignored as well as seeking out insights from groups who wouldn’t think that I’d approach them such as conservative believers. I am devoted to inclusivity in my politics and I am tired of people feeling forgotten, even if they aren’t or haven’t been forgotten and believe that they have been anyway. I recognize that there is validity to people’s feelings and that dismissing the opinions of people doesn’t make you a better candidate even if you have reasons behind your actions and policymaking.

I recognize that there is a considerable amount of frustration towards politics, policymakers, and other government officials right now. I don’t even disagree with some of the frustration out there. Which is why I want to address this frustration and the apathy it causes. I want people to feel acknowledged, heard, and respected. This doesn’t mean agreeing with them or letting them do as they wish and that’s an important thing to acknowledge.

I want anyone who’d be affected by my legislation and by my votes to feel free to let me know what they think and how they feel. This inclusiveness isn’t a free pass for them to disrespect me or anyone else and I’ll let them know that right away. If I can treat people with respect, people can treat me and others with respect as well. My desire to be inclusive and listen to the voters isn’t at all something that should be taken as a sign of weakness if anything the ability to respectfully hear different opinions and incorporate them into my own policymaking and rhetoric is a sign of strength and pragmatism. Only weak politicians refuse to go out and hear different opinions, or worse block people who let them know that they disagree with them. If someone’s arguments and positions are strong they can withstand criticism and can even be strengthened by hearing and learning from different positions.

I am striving to be inclusive. I am striving for that because I believe that exposure to a diversity of viewpoints respectfully conveyed will strengthen my positions and help me grow as a leader, community builder, and as a politician one day. I believe in my point of view and I want to see and hear other points of view that I can learn from.

Inclusive politics are great politics. And in this day and age that so often feels divisive being inclusive and seeking out different viewpoints is a good thing.

When I run for office I won’t let voters feel forgotten. I won’t judge people by how they voted in the past, instead, I’ll work towards creating an inclusive future that works for everyone. People deserve politicians who understand and respect them and including people in a sign of understanding and respect. Let’s create a more inclusive future.

Oh and I have some minor news: if you like my writing and want to see more of it, go give my new writing page a “like”! There’s gonna be a big diversity of posts on this page and if you like me and what I write, you’ll love that page. I hope to see you there! 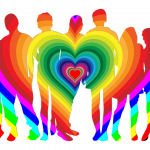 October 17, 2018
Talking A Bit About International Pronoun Day
Next Post 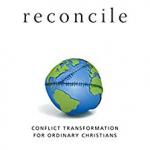 October 20, 2018 Reconcile: Secular Review Of A Christian Reconciliation Text
Recent Comments
0 | Leave a Comment
Browse Our Archives
get the latest from
Nonreligious
Sign up for our newsletter
POPULAR AT PATHEOS Nonreligious
1