If I were writing a dystopian novel about America’s end time, I might well use a short punchy name for the arch villain or anti-hero, say “Trump.”

Dickens might have done the same, given his penchant toward gnarly names like Sykes and Pip.  A few months ago I walked out of a hotel in Chicago and looked down the street at a glassy skyscaper dominating the scene and saw the word “Trump” spelled out like graffiti in overlarge letters midway up the building and I felt I was in a cartoon-like movie where some giant insecure goblin was plastering his name over everything.

As a depth psychologist I’m used to looking behind the scenes of the lives of people whose outer persona may be obnoxious but whose personal history and background make me wonder how they managed to do so well. I have nothing against the man, but I’m worried about the over-sized character who has appeared in world history.

Donald Trump may be a real person but “Trump” is like a figure from a dream, pointing to many other things, a living metaphor and symptom. We make a mistake when we deal with him rationally because he is more a phantom than a real person.

An inner figure encountered in actual life, he is the analog to something in us that doesn’t want to be civilized. The name seems oddly inspired. Trump, from card games, a card that overcomes others of a different suit. A trump card is like a whack that upsets the flow of the game and wins. What a description of the man.

At first, I thought he was an expression of racism, misogyny and all around ignorance and immaturity that afflicts many who are not used to thinking deeply and going beyond their own self-interest. I wondered if he were a symptom of our failed educational system that now concerns itself so much with STEM instead of with personal maturity and culture. With the support Trump has found I wondered how so many Americans would be susceptible to this dark infatuation that, for all the differences, does clarify how Hitler came into power.

The depth psychologist in me sees the society suddenly in the throes of an anxiety disorder. “Trump” seems to symptomize an emotional complex of the American psyche. Deep resentments, anger and frustration have been churning for a long time. Consciousness, awareness and achieving important equalities have a cost.  Through them we become more civilized and more civil, but the pain in becoming better people doesn’t go away. As Jung and Freud both intimated, becoming more civilized creates a shadow force that likes being dumb and self-centered.

The psychological complex “Trump” has been around since the end of the “Indian” wars and slavery and women’s right to vote and gay liberation. These achievements have asked us to stuff away our raw prejudices that help us keep our superiority intact. Trump supporters are saying now that his ascendancy helps them stick it to the elite who consider them inferior. This is a powerful dynamic that threatens to put Donald Trump in the White House. People do outrageous things when their anger heats up from deep within. They usually regret them later, but then the damage is done.

The only way I know to heal this anxiety disorder is to bring it out into the open without disguise. Can we discuss our deep racism and the problem society has with women, especially those who refuse to be subdued? It’s no accident that the gremlins have arranged to have a contest between Trump and Woman. But neither arguing with each other or looking for rational reasons—the stuff of the formal debates—touches the real reason for voter rage.

What Trump expresses and embodies is real. It is festering in the body politic. Just to champion high civil values isn’t enough to counter it.  We all have to admit to this shadow called Trump before we can get over our divisions.  In the long run we may have to face the extreme materialism that has infected all our institutions, including medicine and education. We may have to listen to ancient Greeks once again and educate our young people for thoughtfulness, personal excellence and culture. We may have to stop dallying with atheism and a secularistic society and upgrade our religious and spiritual forms of reflection and practice.

Good can come from Trump: We could recover strengths and virtues that we’ve left behind to our detriment. 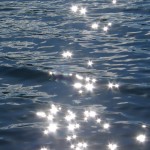 October 31, 2016 Taking Your Soul on a Trip
Recent Comments
0 | Leave a Comment
Browse Our Archives
Related posts from Soul and Spirit