SOULJOURN: the book and the journey of interfaith exploration

I believe that the best way to preserve religious freedom and diversity in America is to make sure no particular religious sect dominates the society or gets preferred status from the government.  What do you think?

The freedom to practice religion, with neither the interference nor the endorsement of the government, is sacred to Americans. It’s explicitly protected in our Constitution. And it’s largely the reason that religion flourishes here much more than in European countries. Turn on the television, turn on the radio, look down the main streets of the cities and towns of America at the steeples and domes of houses of worship, and there is no question that religion of virtually every kind is alive and well. Our nation shelters a vast free marketplace of theological ideas and spiritual practices.

So it’s worthy of note that some notable faith leaders believe religious freedom is threatened in this country. I met some of them a couple of years ago in Salt Lake City, at the headquarters of the Church of Jesus Christ of Latter Day Saints. I was part of a delegation of interfaith leaders from southern California, hosted by members of the Quorum of the Seventy, the second tier of top leaders of the Mormon church. With them we discussed a speech given by Dallin Oaks, one of the Mormons’ Twelve Apostles, the body above the Seventy. Oaks made the case for giving religious speech its own higher level of rights to free expression. “Treating actions based on religious belief the same as actions based on other systems of belief is not enough to satisfy the special guarantee of religious freedom in the United States Constitution. Religion must preserve its preferred status in our pluralistic society in order to make its unique contribution—its recognition and commitment to values that transcend the secular world.” He worries, as did some of the Elders of the Seventy with whom we spoke, that encroachments on religious freedom in Europe and Canada will spread to the US. Oaks cited incidents in which people with religious scruples against homosexuality were fired or demoted in their jobs due to their expression of their beliefs, and incidents when church-related entities have been sued for discriminating against LGBT people. In particular he frets about marriage. “We have already seen a significant deterioration in the legal position of the family, a key institution defined by religious doctrine.”

The worries of Oaks and other top Mormon Elders are mirrored by Timothy Dolan, Archbishop of New York. “We see in our culture a drive to neuter religion,” he said at the recent US Conference of Catholic Bishops, quoted in the New York Times. Another bishop at the conference decried the fact that in several jurisdictions, Catholic agencies receiving federal funds had been forced to cease offering adoption services because they refused to help same-sex couples adopt chidren.

This outcry is now injected into electoral politics. Some evangelicals created a “International Religious Freedom Pledge for Presidential Candidates” including this statement: “Religious freedom … includes the right of individuals and of religious communities not to be forced to participate in, or to forfeit their employment because of refusal to participate in, activities that deeply offend their religious conscience.”

I wonder if these worries really boil down to what Elder Dallin Oaks said toward the beginning of his speech at Chapman University: “Organized religion is surely on the decline. Last year’s Pew Forum Study on Religion and Public Life found that the percentage of young adults affiliated with a particular religious faith is declining significantly. Scholars Robert Putnam and David Campbell have concluded that ‘the prospects for religious observance in the coming decades are substantially diminished.'”

But it seems to me that this trend is not the result of an organized “drive to neuter religion”. The opposite is the case. People are tired of religious leaders, whether conservative or liberal, trying to impose their will on society. According to the Gallup Poll, the number of Americans who felt strongly that religious leaders should not try to exert influence on how people vote rose from 30% in 1991 to 45% in 2008 (as quoted in American Grace by Robert Putnam and David Campbell, p 121). The relentless drive to neuter same-sex marriage, among other political interventions, is driving people away from churches – and from organized religion in general. Americans want freedom of theology, not theocracy.   All of us, across political and theological spectra, need to be mindful of unintended effects of the ways we exercise our religious freedom.  We may get so full of ourselves, so exercised with our freedom, that we dampen interest in religion itself.

It’s important to engage publicly the concerns of those who fear government intrusion in religious organizations, and in matters of personal religious conscience. The examples they cite are almost all ones in which people with religious scruples can avoid compromising their religion. If you don’t want anything to do with abortions, don’t go to work for a hospital that performs them. If your church-related charitable agency doesn’t want to help gay people adopt children, then don’t receive government funds for your work. Concerns about religious or faith-related organizations being forced by anti-discrimination laws to hire people in same-sex marriages or to pay for benefits for same-sex couples must be put into perspective. All workers, everywhere, deserve these protections. Religious organizations should not be excepted. But as a practical matter, how likely is it for a male church secretary, married to another male, to be comfortable editing an anti-gay-marriage sermon by a fundamentalist pastor? The pastor is within his or her rights to order that task to be done. Who wants to work in an environment that is actively oppositional to one’s very identity? There are legal ways of making it highly unlikely for an atheist to get or keep a job in a fundamentalist Christian church. Just because a congregation can’t discriminate in hiring non-clergy staff, that does not in any way prevent the congregation from practicing its tradition and standing up publicly for its positions. Some demand that churches be able to endorse candidates for office. Nothing is stopping them from doing so. They can give up their tax-exempt status and do as they please. For-profit religion is still religion! The “religious right” movement in America started with the government’s threat of denial of tax-exempt status to the fundamentalist Bob Jones University, because it discriminated against black students. Conservative Christians were politically mobilized by their anger at this supposed intrusion. But what was the real problem? An attack on religious freedom, or mere failure to qualify for a tax break? It’s a contradiction to be against “big government” and at the same time insist that the government directly or indirectly subsidize religious organizations.

Elder Oaks wants religion to have not just liberty, but a “preferred status”. But what can that mean in practice? The legalization of same-sex marriage does not force the Mormon church to perform or bless or agree with gay marriages. It leaves the LDS definition of marriage intact. No gay couple will be allowed have their marriage “sealed for eternity” in a Mormon temple. Nor does legalized same-sex marriage give the United Church of Christ, the denomination to which I belong, “preferred status” because we happen to bless those unions. Both the UCC and the LDS churches believe that marriage is a spiritual condition, a topic about which no state law has anything to say. All state laws regarding marriage are religion-neutral, without neutering religion. Aside from the special tax break afforded it now, how can religion have a “preferred status” beyond the enjoyment of liberty, without the state endorsing one version of religion over another? The trouble with Dallin Oaks’ call for “recognition and commitment to values that transcend the secular world” is that there is no consensus among religions about which values are transcendent. And for government to define such a consensus would be unconstitutional.

Who is “forced to participate in, or to forfeit their employment because of refusal to participate in, activities that deeply offend their religious conscience” in America today? To be sure, faithful progressive Christians, who work in banks that sold sketchy mortgages to unsophisticated home-buyers and then received bailouts from the government, have to face the tough choice of participating in a sin that violates their religious scruples, or forfeiting their jobs. But that difficulty can’t be construed as a sign of eroding religious freedom in America. Bank workers are free to quit and find other employment. Indeed, there are occasions when the exercise of our precious freedom of religion results in tough personal consequences. But we have the liberty to make such choices. And for that, I’m grateful to be an American!

November 1, 2013 God and Awe: an excerpt from the novel, SOULJOURN (now in print!)
Recent Comments
0 | Leave a Comment
Browse Our Archives
Related posts from Souljourn

Progressive Christian
The Way of the Mule: An Interfaith Encounter...
Souljourn 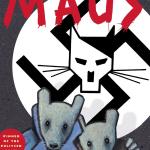