Following Rocky Balboa into the Wilderness of Lent

Among the many roots of the season of Lent is the remembrance that Jesus spent 40 days in the wilderness at the beginning of his ministry. As we enter into our own 40 days of discipline, it would be good to ask what, exactly, Jesus was going out to the desert to do? The answers in the history of interpretation are varied. To fast, to pray, to reflect—those were certainly among Jesus’s activities, but to what purpose? The best answers and analogies may come not from Bible commentaries, but from movie screens.

I recall many years ago watching Martin Scorsese’s The Last Temptation of Christ. In that movie Jesus, portrayed as an uncertain messiah, goes out to the desert to find himself. He wanders and searches, listening hard to the silence of God. Finally, in a climactic scene, he draws a circle in the sand around himself and vows not to leave until God gives him clarity. It is an intriguing image and I think no one has ever played a better Jesus than Willem Dafoe, but I find little resonance with this confused and searching Jesus. It is not that I worry about Jesus having doubts, but rather that I see in the Gospels nothing but a man driven by a purpose, even if self-doubt may have accompanied it at times. The world cried out and he could do nothing but answer it.

A better image of Jesus’s purpose in going to the desert comes from another 80s era movie (or series of movies): Rocky. Cliché perhaps, especially now, but who can forget those scenes in which Stallone trains for the fight—running the 72 steps of the Philadelphia Museum of Art, sweat dripping from his face in the agony of one handed push ups, the raw egg shakes? In those scenes Stallone is training with purpose; he is preparing his body and mind, and I think it is safe to say, spirit for a contest that will require his all.

This is far more analogous to Jesus’ journey into the desert than the wandering Messiah waiting for a word from God in The Last Temptation of Christ. Jesus was going like many before and after him, to train and prepare his body and soul, to enter into three years of intensive spiritual and bodily ministry. This is a season of training that culminated with a confrontation with the Adversary—a direct contest with the animating power behind wealth, power, and significance that will be his enemy throughout his earthly ministry.

We should not see his temptations as a fight taken on in his weakest moment, but rather like Rocky, this battle comes after Jesus is trained and prepared to resist the Adversary in body and spirit alike. When Jesus faces Satan he is at his strongest. As the late Dallas Willard argued, the wilderness “was actually the place of strength and strengthening for our Lord” (emphasis his). The fact that Jesus was weak after the contest was because he had exerted a great deal of physical and spiritual strength, like any athlete in a race or contest. He was exhausted but he was victorious because he had come prepared.

As we follow Jesus into the wilderness this Lent, we should go as he did, not to wander in aimless searching for ourselves, but for purposeful training. Lent is a time for us to practice for resurrection, to prepare the whole of ourselves to follow Jesus, the new Adam, into becoming fully human. To do so, this cannot be a time of spiritual exercises only. If we are to follow Jesus our Lent cannot be simply reading scripture, praying quiet prayers in our hearts, and contemplating the holy mysteries of God in our minds. Jesus’ time in the desert was bodily as much as it was spiritual, just as Jesus ministry on earth was at least as concerned with the physical as it was with matters of the soul. Healing the sick, resurrecting the dead, calling for a reordering of the social and political life in real and concrete ways—these were the bulk of Jesus’ earthly activities. Love proved its victory in a body on the cross and a body resurrected from the dead.

So this Lent, bring your whole person to the task of training—body and spirit. We are a people whose hope remains in the everlasting existence of our bodies because to hope for something otherwise would not be to hope as humans. And so when you are in need of inspiration on that late night when a glass of wine seems like it would heal the day or a bowl of ice crème assuage the worries of the world, think of Rocky running those steps and Jesus fasting 40 days in the desert. There is no redirection of our spirits towards our better truths without also directing our bodies there. In this time of training we are directing our bodies and souls toward a fullness and health that we can only begin to imagine. In this time we are preparing for our own battles with power and wealth and significance that constantly lurk around us. It’s time to start running those stairs. 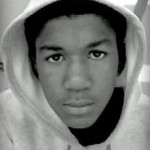 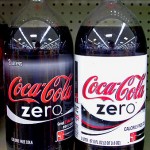 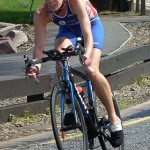 INNER CIRCLE: Empty-Handed Faith
SAYING 41: Jesus says: "To him who has in his hand,...
view all Progressive Christian blogs