At one time or another almost every Christian will hear a sermon on 1 Corinthians 12, where Paul compares the church to a body and talks about the unity of the body’s members. Quite naturally the preacher will use the passage to urge his or her congregation to greater unity. Here is the Lexham English Bible translation of that discussion.

Like everyone else, I’ve read this passage many times and heard it used to prompt us to greater unity even more times. But beyond that important homiletic use, there are a number of interesting questions about this passage.

For example, why does Paul speak of us drinking the Spirit? In chapter 11 he spoke of the proper celebration of the Eucharist (“the Sacrament” in Mormon terms). That reminder of Jesus’ words, “Take, eat: this is my body, which is broken for you: this do in remembrance of me” (1 Cor. 11:24) and “This cup is the new testament in my blood: this do ye, as oft as ye drink it, in remembrance of me” (1 Cor. 11:25), seems to be the provocation for the extended metaphor that begins here: eating the body and blood of Christ makes us a member of his body, the church.

How is that metaphor related to Christ’s teaching, and does this say anything about the gift of the Spirit or is it only a relatively unimportant consequence of the metaphor?

My interest, though, is in Paul’s use of the related words, aschēmōn (“shameful; despised”) and euschēmōn (“appropriate for display”), and the similar sounding word, schism (“tear”; “division”). It is difficult to believe that the semantic and aural connection of those words in these verses is merely accidental. But it is not obvious what to make of it.

The sentence that raises the interpretive question for me is this: God composed the body by giving more abundant honor to the part which lacked it (verse 24).

God made the body in a way that gives more honor to the parts that, in the beginning, lack that honor. God gave the most glory to those parts that lacked it naturally. Does that mean that arms, hands, and the head, being less honorable parts from God’s point of view, are given honor by being exposed, but the supposedly “shameful” or “despised” parts are not exposed because they are, in themselves, more honorable?

The eyes are unadorned, needing no further glory. But the metaphor suggests that is because they are, in fact, less glorious. Our private parts, on the other hand, are the most glorious but also require the most adornment to be presentable in public.

The way we usually talk about these verses makes sense: Paul does not want the divisions of kind within the church—Roman, Greek, Jew, slave, free, male, female, married, unmarried, rich, poor, etc.—to become tears or breaks. He teaches that the church is composed of people of different genders, races, classes, and cultures, but through the Spirit those difference operate together as one divine body.

But verses 23-24 suggest that he is also doing something more. I wonder whether he is suggesting that those who we think “less worthy,” “less valuable,” “strange,” and so on may appear to be “less presentable” because, in the eyes of God, they do not need to be made more presentable, while those who, to us, are “appropriate for public display” may be those less favored.

If so, Paul makes a point similar to that of Hebrews 13:2 (Be not forgetful to entertain strangers: for thereby some have entertained angels unawares), though applied to those within our congregations rather than to those who are, strictly speaking, strangers. Paraphrased we might say “Be not forgetful to honor the despised members, for thereby some have honored angels unawares.” And, equally, we might take this as a warning to remember that public honor and recognition are not the same as divine. Paul’s worry is that when we forget those things we wound the body of Christ, creating tears (schisma) in it. 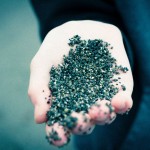 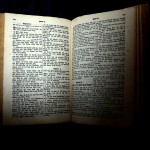 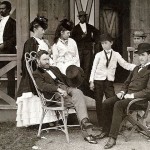 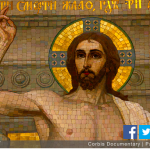 Latter-day Saint
More Important than the Resurrection: Christ in the...
Speaking Silence 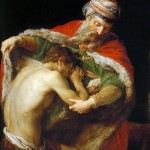