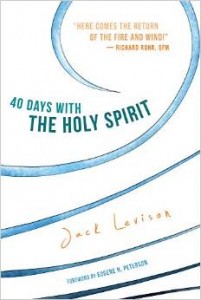 2015 40 Days with the Holy Spirit. Paraclete Press.   Summary: 40 Days with the Holy Spirit will inspire you to encounter God in fresh and surprising ways. You’ll develop stronger spiritual muscles as you breathe, read, reflect, and pray—all with an eye to cultivating a relationship with the least familiar member of the Trinity. The book is interactive, offering the opportunity to write and pray each day; intelligent, rooted in a rigorous study of Scripture, from Genesis to Revelation; and inviting, with 40 insightful, well-planned 20–30 minute daily exercises; and prayerful, with 40 original prayers that capture each day’s insight into the deep, spiritual work of the Holy Spirit. 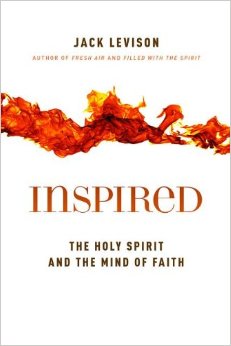 2013 Inspired: The Holy Spirit and the Mind of Faith. Wm. B. Eerdmans Publishing Company Summary: Eugene Peterson calls Jack Levison ‘the clearest writer on the Holy Spirit that I have known.’ In this book Levison speaks a fresh prophetic word to the church, championing a unique blend of serious Bible study and Christian spirituality. With rich insight, he shows Christians of any church or denomination how they can take the Spirit into the grit of everyday life. Levison argues for an indispensable synergy between spontaneity and study, ecstasy and restraint, inspiration and interpretation. Readable and relevant, winsome and wise, Levison’s Inspired sets a bold agenda for today’s church that will replace quick-fix spiritualities with a vibrant, durable experience of the Holy Spirit 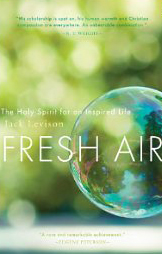 2012   Fresh Air: The Holy Spirit for an Inspired Life. Paraclete. Summary: Lively, wise, profound, and winsome, this refreshing new book takes the Holy Spirit from the mountaintop to the grit of everyday life by showing us that the Holy Spirit is not just about speaking in tongues, spiritual gifts or “fruits”–but also about our deepest breath and our highest aspirations. Provocative and life-changing, Fresh Air blends moving personal stories, rich biblical studies, and practical strategies for experiencing the daily presence of the Holy Spirit where we least expect it–in human breathing, in social transformation, in community, in hostile situations, and in serious learning. Small wonder that Scot McKnight calls Fresh Air “the most biblical, wide-ranging, innovative, and refreshing book on the Holy Spirit in years,” and Eugene Peterson calls it “a rare and remarkable achievement.”

2012   Sex, Gender and Christianity, edited with Priscilla Pope-Levison, Cascade Books, Wipf & Stock. Summary: Inflammatory questions such as these have splintered Christianity and polarized the church. In Sex, Gender, and Christianity, a cadre of seasoned college professors offers the modest proposal that honest, fruitful conversations about these questions will take place only if we develop the ability to deal with sex, gender, and the Christian faith with the academic rigor and perspectives of our various disciplines. This volume contributes an unprecedented collection of first-rate articles from a variety of disciplines—from the social sciences to history, from literary criticism to theology—that will challenge college administrators, professors, and students to address fractious questions in an atmosphere of scholarly inquiry. 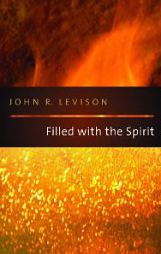 2009   Filled with the Spirit. Eerdmans. Summary: Containing meticulous, up-to-date scholarship yet written in a flowing, enjoyable style, this comprehensive book takes readers on a journey through a breathtaking array of literary texts, encompassing the literature of Israel, early Judaism, the Greco-Roman world, and the New Testament. John R. Levison’s skill with ancient texts — already demonstrated in his acclaimed The Spirit in First-Century Judaism — is here extended to a myriad of other expressions of the Spirit in antiquity.

2000 Texts in Transition: the Greek Life of Adam and Eve. Early Judaism and Its Literature Series 16. Scholars Press. 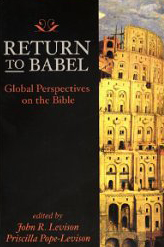 1999   Return to Babel: Global Perspectives on the Bible. Edited with Priscilla Pope-Levison. Westminster John Knox. Summary: In Return to Babel, each of ten historically significant biblical texts is interpreted by three scholars: one Latin American, one African, and one Asian. Geographic locales range from a tiny village in the Philippines to the city of Nairobi, Kenya; from Gwangju, South Korea, with its one million inhabitants, to the frontier city of Wiwili in the northern mountains of Nicaragua. The result is a collection of essays that shed new light on familiar texts and make the reader aware of the ways in which culture can shape our understanding of Scripture. 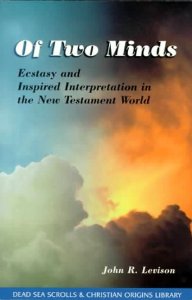 1999   Of Two Minds: Ecstasy and Inspired Interpretation in Early Judaism. D. & F. Scott Publishers, BIBAL Press. Summary: In Return to Babel, each of ten historically significant biblical texts is interpreted by three scholars: one Latin American, one African, and one Asian. Geographic locales range from a tiny village in the Philippines to the city of Nairobi, Kenya; from Gwangju, South Korea, with its one million inhabitants, to the frontier city of Wiwili in the northern mountains of Nicaragua. The result is a collection of essays that shed new light on familiar texts and make the reader aware of the ways in which culture can shape our understanding of Scripture. 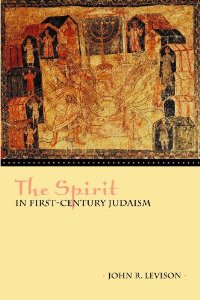 1997   The Spirit in First Century Judaism, Arbeiten zur Geschichte des antiken Judentums und des Urchristentums 29. Brill. Paperback edition, 2002. Summary: The work mirrors the growing recognition that the role of the Spirit in Judaism and early Christianity warrants further scholarly inquiry and lays a cornerstone in the foundation of pneumatological studies by scouring the writings of Plato and Plutarch, Daniel and the Dead Sea Scrolls, as well as those of Philo of Alexandria and Flavius Josephus. The text contextualizes the material both historically and literally, taking seriously the influence of popular Greco-Roman thinking as well as Jewish exegetical traditions. 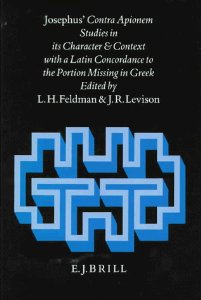 1996   Josephus’ Contra Apionem: Studies in its Character and Context with a Latin Concordance to the Portion Missing in Greek. Edited with Louis H. Feldman. Arbeiten zur Geschichte des antiken Judentums und des Urchristentums 34. Brill. Summary: This volume offers a state-of-the-art collection of papers on one of the most significant works of Flavius Josephus, by many of the leading scholars in current Josephus research. The collection, which includes a concordance by H. Schreckenberg of the Latin section “Contra Apionem” 2.52-113, forms a standard, indispensable resource for the study of Josephus’ writings, of apologetic literature in general, and particularly for the study of “Contra Apionem,” one of the most significant apologetic treatises in Antiquity.

1992   Jesus in Global Contexts, with Priscilla Pope-Levison. Westminster John Knox. Summary: Liberator, ancestor, cosmic Christ, and Black Messiah: these are just some of the ways that Jesus is viewed in the world. This rare book provides a global tour of the Christologies emerging in Latin America, Asia, and Africa, and those of North American feminist and African American theologies. 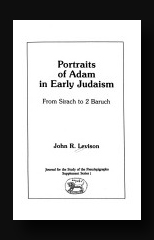 1988   Portraits of Adam in Early Judaism: From Sirach to 2 Baruch, Journal for the Study of the Pseudepigrapha Supplement Series 1; Sheffield Academic Press (JSOT).