“It is good that you grasp one thing and also not let go of the other; for the one who fears God comes forth with both of them.”

A couple of weeks ago, our friends were at home on a typical Saturday evening in Tower Grove South, a genteel neighborhood of older homes next to one of the best parks in St. Louis. Suddenly, the normal Saturday night was shattered, along with most of their windows.  Like those windows, blown apart by incoming tear gas canisters from SWAT teams, their home and imaginations were assaulted and violated. I’m sure that normal evening will now mark a permanent before-and-after moment in the lives of my friends.

I’m not kidding about the tear gas and SWAT teams. It all started when someone was shot in the alley outside. My friends called 911 to report the crime, and as they were on the phone, a man entered the front door carrying a handgun. They were told to get off the phone, and they did—immediately inching toward the back door. They saw a brief opening, so they ran out the door and fled the scene unharmed. Scores of policemen filled the neighborhood, as the intruder barricaded himself inside my friends’ house.  One of the officers approaching the scene was shot by the perpetrator, and later died. His name was Officer Tamarris L. Bohannon, 29, father of three children.  Their lives will never be the same, either.

It’s eerie knowing that this exemplary, well-liked young officer was shot and killed from inside my friend’s house, where I’ve sat in peace and fellowship in the past. Our patio features plants given to us from their garden, and our church’s pastor was on the way to dinner there the night of these atrocities. It’s a mystery, too, but it’s one worth probing a bit. Because most of us will one day face a similarly perilous day like this.

The Goals of Literature and the Mystery of Iniquity

In The Writing Life, Annie Dillard describes what she sees as the goal of all literature, nonfiction as well as fiction: “Why are we reading, if not in hope of beauty laid bare, life heightened and its deepest mystery probed? Can the writer isolate and vivify all in experience that most deeply engages our intellects and our hearts?”

I agree that the best writing is able somehow to probe those deepest mysteries, to lay bare those beauties.  And the saying reminds me of another biblical passage, this one from II Thessalonians 2:7-9: the “mystery of iniquity” that penetrates all of human life and endeavor.  Evil, that is: the kind of stuff I once dubbed “Everyday horror” in a longer essay, “Surviving Ferguson,” published in The Cresset after the death of Michael Brown.

In terms of both fiction and film, we have a category called horror.  If I mention that term, what would you immediately think of as an example?  As a kid, I learned to love Poe stories that included scenes of dismemberment, torture, or dank old houses.  I recall vividly seeing The Exorcist when I was in high school, and later those creepy scenes with the twins in The Shining.  Perhaps you are a fan of Stephen King or some other master of the form.  But what strikes me more than ever is the way in which horror has begun to make its presence felt throughout the days of our lives.  Media is saturated with images that can only be called horrific.

David Dark’s exploration of the apocalyptic mode, in his quirky yet often brilliant  book Everyday Apocalypse, has suggested to me the idea of the “everydayness” of horror.  In that study, Dark provides a blueprint for understanding how that mode of observation is available to us all the time—if we have eyes to see it:  “apocalyptic expression is a radical declaration concerning the meaning of human experience. . . . It creates an unrest within our minds, and it can only be overcome by imagining differently, by giving in to its aesthetic authority, by letting it invigorate the lazy conscience. . . . apocalyptic has a way of curing deafness and educating the mind. . . . It’s the breaking in of another dimension, a new wine for which our old wineskins are unprepared.”

Here, I will adopt Dark’s use of the notion of “everydayness” by describing what I call “everyday horror.” Evil doings are also disruptive, bursting in upon our normal lives, just on the fringe of our awareness, waiting to pounce.

As theologian David Bentley Hart has stated in his book The Doors of the Sea, in describing Dostoyevsky’s Brothers Karamazov: “[pain and suffering are] the only challenge to a confidence in divine goodness that should give Christians serious cause for deep and difficult reflection. . . . Those Christian readers who have found it easy to ignore or dispense with the case Dostoyevsky constructs for Ivan have not fully comprehended that case” (42).

This is a remarkable, and I think true, statement. I ask myself, have I fully comprehended the severity of the evil that surrounds us? Have I given serious consideration to how ugly and horrific are the lives of people all around the globe? I spent years studying these topics, in putting together my book on grief and the bonds with the dead—and honestly, I am still shocked when confronted by the “mystery of iniquity.” In his non-fiction book Danse Macabre, Stephen King stressed how horror tales normally chart the outbreak of madness, or the terrible, within an everyday setting.

This everyday setting of horror must now include, for me, my friends, and the family and friends of Officer Bohannon, that beautiful century-old house on Hartford Street, just south of Tower Grove Park in south St. Louis. That home and its luminous, life-giving  garden, where so many of us have spent pleasant, friendly hours.  Such is the “mystery of iniquity”: and such is the life of the pilgrim on the road to find out, a road that is often littered with similar atrocities and horrors.

I began with the verse from Eccl. 7:18: “It is good that you grasp one thing and also not let go of the other; for the one who fears God comes forth with both of them.” In my own experience, I find that people gravitate toward one end of the spectrum. I wonder if we can do both? I am so thankful for the safety of my friends.  At the same time, I am lamenting the death of the young police officer, and I recognize that this tragedy will haunt his family for a very long time.  Evil is indeed a mystery, and horror is all around us. I wonder: how can we hold on to both of these powerful emotions simultaneously?

And yet, we are urged to come forth holding both of them. In our world, a lamenting heart  and a grateful heart must somehow go together. 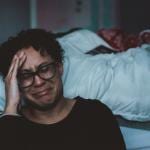 September 15, 2020
The Courage to Blog in Corona Time: Lessons from C. S. Lewis in War-Time
Next Post

September 29, 2020 Dehumanizing Trump; Dehumanizing Biden: Spiritual Debate Prep, Part 1
Recent Comments
1 Comment | Leave a Comment
"Trust nobody but God. It's a matter of whom do you trust more? I trust ..."
Ray “Social Trust” vs. Social Derangement–A Spiritual ..."
"Our government and political parties are a LONG way from earning my trust. But I ..."
Bruce Atkinson “Social Trust” vs. Social Derangement–A Spiritual ..."
"The answer, I think, is for believers to pray for our nation, its leaders and ..."
Bruce Atkinson “Social Trust” vs. Social Derangement–A Spiritual ..."
"1 Samuel 8 is an eerie prophetic warning to the evangelical yearning for a King, ..."
Hal Bush Oliver Stone’s ‘Natural Born Killers’ & ..."
Browse Our Archives
get the latest from
Spiritual Coffee
Sign up for our newsletter
POPULAR AT PATHEOS Evangelical
1 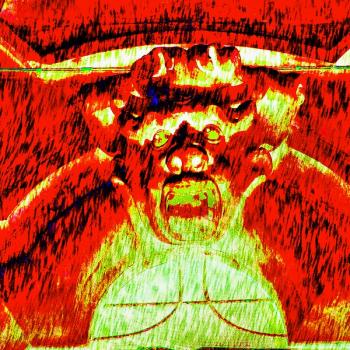 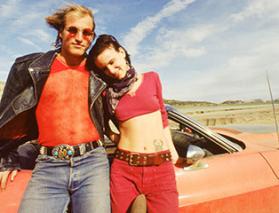 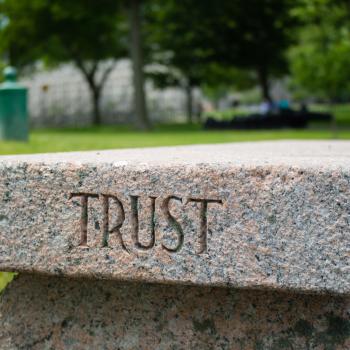 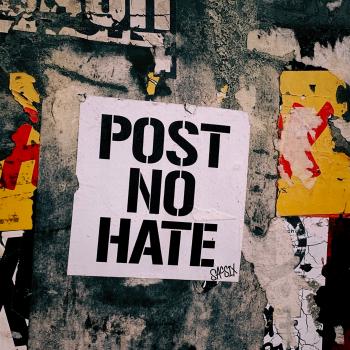