In a powerful essay appearing this week in Quadrant, Luke Powell laments the rise of a Nietzschean regime among the laborers in the vineyards of the humanities–including myself, I guess. His overall analysis goes like this: a nihilistic approach to the humanities is “only the symptom of a much more problematic malady. In the West today we have abandoned the core values that put these institutions in place. Ultimately, it is our culture’s morality that has begun to quiver, as the foundational moral paradigms of the Judaeo-Christian framework and the search for reason falter and fade. Instead, we have a Freudian appraisal of the senses, followed by ‘critical theories’ that find their roots in cultural Marxism and postmodernist thought.”

First: is it true to say we have “abandoned the core values that put these institutions in place”? My sense is that there may be a kernel of truth here; there may be something hideous and disturbing about the truthfulness of this charge, something we are unwilling to confront in our distressing times as a culture or a nation. In fact, we dislike using those terms in the singular anymore: a culture or a nation is for many observers a monstrous thing to be avoided at all costs. Talk about a symptom.

And while Powell whines about the distressing fact that the universities simply are opposed to the Transcendent truths he most values, it’s worth noting that we have a fairly long history of sermons and other diatribes describing the nihilistic swamp of intellectuals that is the contemporary university. Some of it, alas, rings true to me.  But I hope, some of us, like the Underground in France in WW II, continue to fight the good fight, as it were. So there’s that. As James Hunter puts it in his magisterial book To Change the World (2010) there remains a “faithful presence” of professors who  cherish the humanities tradition and continue to believe that God is not Dead, (despite the smarmy movie of that title of a few years ago, which stereotyped the sort of smoldering, smart-ass Nietzschean professor who believes it is their job to alienate undergrads and tempt them away from their family’s beliefs).

While there is much to debate in Powell’s account of humanities teaching and its decline in the university today, I want to telescope out a bit and suggest how it may be related to this untidy endgame of the U.S. Presidential Election of 2020. Because one might think, by watching the mauling and disrespectful enmity on display, that perhaps there is no God. And that despite the alleged “religious faith” of the debaters.

Hunter brilliantly prophesied this new reality a decade ago, in To Change the World.  He even used a Nietzschean term to describe what we will probably see on stage tomorrow: “what Nietzsche called ‘ressentiment.’ His definition of this French word included what we in the English-speaking world mean by resentment, but it also involves a combination of anger, envy, hate, rage, and revenge as the motive of political action” (To Change the World, 107).

I am not being at all partisan in saying that Hunter’s version of “ressentiment” perfectly captures what is on display at present in our leaders, but most obviously in the behavior of President Trump. “Ressentiment is grounded in a narrative of injury or, at least, perceived injury; a strong belief that one has been or is being wronged,” says Hunter.  Watch Trump scornfully walk out of his 60 Minutes interview with Lesley Stahl: one of the last bastions of “serious investigative journalism” left, I think.

And it’s gotten worse with time: often, shockingly so. Hunter saw that coming, too: “Over time, the perceived injustice becomes central to the person’s and the group’s identity. Understanding themselves to be victimized is not a passive acknowledgment but a belief that can be cultivated.  Accounts of atrocity become a crucial subplot of the narrative, evidence that reinforces the sense that they have been or will be wronged or victimized.  Cultivating the fear of further injury becomes a strategy for generating solidarity within the group and mobilizing the group to action…Thus, instead of letting go, the sense of injury continues to get deeper” (107-108).

Clearly, victimization and atrocity are being cultivated–by both sides, really, because Hunter’s analysis is not reserved for one side over the other. But I can think of no more glaring exaggeration of Nietzschean ressentiment that what we are currently seeing in our President. Again, Hunter’s words: “a combination of anger, envy, hate, rage, and revenge as the motive of political action.” Problem is, the “issues” seem to be getting in the way of many people simply admitting that a person driven wholly and completely by these emotions i unfit for office, as so many of the fired minions have described their leader.

But how do we rid ourselves from this same scourge of “ressentiment“? As Powell notes in ending his essay:

“Jonathan Haidt’s The Coddling of the American Mind similarly notes the failure to recognize the utility of pain in making us mature and resilient people. This should be the focus of education, not protecting our minds against bad ideas — which will in due course manifest themselves as undesirable ­— but foster resilience by having a canonical discussion on suffering.

“This interlock between joy and suffering is most present in James 1:2-4:

“Consider it pure joy… whenever you face trials of many kinds, because you know that the testing of your faith produces perseverance. Let perseverance finish its work so that you may be mature and complete, not lacking anything”

Perhaps the President should have consulted the Book of James prior to his interview with Lesley Stahl.  Or before the debate tomorrow evening. When questioned about Covid, or about his seriously depraved remarks seemingly in support of the kidnapping and execution of the Governor of Michigan, perhaps he should take a deep breath and “consider it pure joy.”

If the humanities, or education in general, are meant to foster “mature and resilient people,” as Haidt has it, then no pain, no gain. But before we whine even more about our leaders: perhaps each of us should look into the mirror and ask the spiritual question: how much have we been corrupted by the status quo swamp water called “ressentiment“?

Because we are all swimming around in it, too. 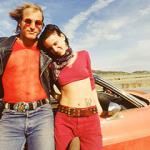 October 28, 2020 Loving to Read; Resisting Totalitarian Regimes: A Spiritual Meditation
Recent Comments
0 | Leave a Comment
Browse Our Archives
get the latest from
Spiritual Coffee
Sign up for our newsletter
POPULAR AT PATHEOS Evangelical
1

Deplatforming
Cranach
Books by This Author Books by Spiritual Coffee 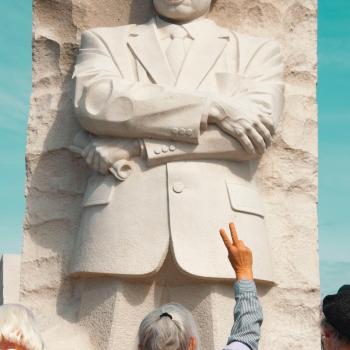