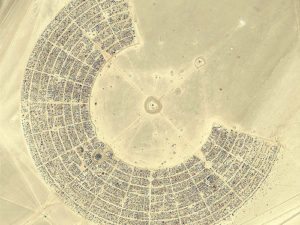 Today’s article written by Eric Steinhart … As the summer grinds on, some of us are starting to think about Burning Man. I think Burning Man provides an interesting model for thinking about naturalistic spirituality. It doesn’t have any official interpretation (and that’s a very good thing). But it does lend itself to spiritual reflection. The main Burning Man festival takes place in the Black Rock Desert in Nevada for a week at the end of August. The Black Rock Desert is a playa – it’s an old lake bed. It can be a harsh place, with intense heat, high winds, and violent dust storms. It can get close to freezing at night. On the playa, you’re exposed to nature in a very naked way. There are few other places on earth where the stars shine as brightly through a clear night sky. Burning Man involves about 50,000 participants who build a temporary town, known as Black Rock City, in the desert wilderness. Those who attend Burning Man are known as burners. I’ve always kept a bit of a distance from Burning Man. I’m curious about it; I’ve been to the Black Rock Desert many times, including during the set-up phase for the festival; but I’ve never participated. Before I get involved in something, I want to try to figure out what it means.

Burning Man is temporary intentional community. It isn’t a commercially produced party. It isn’t like Bonnaroo or Lollapalooza. Much of the activity at Burning Man focuses on the arts, from sculpture to performance art. During the year, burners construct individual or group art installations which they bring to the playa. It’s fair to say that Burning Man is a festival of the arts. As a festival, Burning Man involves the celebration of life. It is an effort to express the joy of awakening to see this world. Of course, it also involves considerable hedonism. Its hedonistic side makes me skeptical about going. And, like any gathering of human animals, it’s got other human all too human problems. Nevertheless, since 1986, the Burners have journeyed to the desert to reconstruct their intentional community. I think of it as an expression of American utopianism – an urge to found ideal communities. Burning Man is governed by ten general ethical principles. As an arts festival, it is a community in which beauty plays a central organizing role. Everybody knows that Burning Man has religious precedents. It resembles pagan events like Vinotok or the Wicker Man. Those were fire-festivals in which an effigy was burned. But Burning Man resists dogmatic interpretations. Burning Man is not a religion. You are free to interpret it however you like.

Burning Man can provide evolutionary concepts with spiritual meanings. Beauty is a central concept in the writings of many spiritually oriented scientists. One of my favorite books for the celebration of beauty as a spiritually meaningful scientific concept is Unweaving the Rainbow, by Richard Dawkins. If you think of Dawkins as an anti-spiritual atheist, I’d encourage you to read Unweaving. Lots of Dawkinsian ideas turn up at Burning Man. Black Rock City is an oasis of art and beauty in a vast hostile landscape. It is analogous to the earth; it is like Sagan’s Pale Blue Dot sitting in the midst of an endless inhospitable space. The beauty gathered in the desert is precious, fragile, and rare; it is like life itself, and human life especially. Dawkins often uses the metaphor of islands of viability in great seas of sterility. Burning Man illustrates that metaphor. The pilgrimage to the Black Rock resembles the evolutionary production of rare oases of sacred value in a vast desert of valuelessness.

Besides its aesthetic beauty, Burning Man aspires to moral beauty. Burning Man is founded on a gift economy. The Man has often been lit by a fire which is kindled from the sun. This solar power obviously drives the evolution of life on earth. And the sun freely gives this power away. It generates beauty by squandering itself. Dawkins talks about how evolution creates waste; but it is only by creating waste as fast as possible that it creates beauty as intense as possible. The fire kindled from the sun symbolizes the eruption of energy in the big bang. It symbolizes the Stoic pyr technikon, the rational fire-energy which animates all things. And, if you like Platonic imagery, then the sun refers to the Good, and the fire kindled from it refers to the power of the Good, which brings all things into being. Dawkins says we ought to be grateful for very existence; he says we are blessed to be alive and to experience the beauty of the world. Burning Man is a festival of gratitude, in which making art is a way of giving thanks. To produce art, especially ephemeral art, is to engage in useless squandering. This useless squandering involves the sacrifice of time, energy, money, and other resources. It’s very expensive to go to Burning Man. It takes a lot of planning and hard effort to live on the playa for a week. You can’t just do this for fun. Sacrificing so much time, energy, and money to go to Burning Man shows a high level of social commitment. This sacrifice is a sacred act of thanks-giving. It expresses reverence through imitation.

The Man stands in the center of Black Rock City. The Man is a large wooden structure which outlines an indefinite male human. On the penultimate night of the festival, the Man burns. His arms are raised and he is lit on fire. Burning the Man is accompanied by shouting, dancing, and other acts of celebration. Everybody already knows that the Man resembles all the dying-and-rising gods of the old mythologies. When he burns, he dies; but he will be born again next year. When the Man’s arms are raised, they are raised in victory. He will be victorious over death; he will rise in the next annual cycle. The Man will literally be resurrected. But for spiritual naturalists, the Man does not symbolize any of those old gods. The Man is neither Dionysus nor Christ. The Man is the Phoenix.   To use a concept central to biology, the Man is the Replicator. The Man is every gene which replicates itself from organism to organism. The Man is every meme which replicates itself from brain to brain or computer to computer. For the Stoics, the entire universe is a replicator: it reproduces itself exactly in a great cosmic cycle. Each cycle begins and ends with the Stoic ekpyrosis, the dissolution of all things into the holy fire. Out of this fire, each new universe, like a Phoenix, is reborn. This cycle is infinite.

The construction of the Man during the year symbolizes the evolutionary process in which the pyr technikon concentrates itself into sacred beauty. This self-concentration involves an endless struggle of forms against forms. Darwinian natural selection is the war of all against all. Dawkins frequently reminds us that all value is produced through violent conflict. And if the construction of the Man symbolizes the evolutionary process, then the Man symbolizes the survival of the fittest. The Man symbolizes all those who have survived in victorious combat. If nature is red in tooth and claw, then the Man is stained with blood. The Man has accumulated many mistakes and misdeeds. But those mistakes and misdeeds also belong to us. If the Man is victorious, then his victory depends on the suffering of others. This suffering is recorded in the Temple.

The Temple is an elaborate wooden structure, whose form is taken from sacred architecture world-wide. The Temple serves a special ceremonial purpose: burners decorate the Temple with inscriptions, texts, photos, or other mementos. These are expressions of grief, loss, or triumph over adversity. On the last night of the festival, the Temple is lit on fire and burned, traditionally in silence. Burners have built and burned Temples around the globe. They have been burned for peace and reconciliation in Derry, Ireland. Burning the Temple is an act of cleansing. Everyone who participates in burning the Temple is ritually cleansed. They are purified, to begin the cycle again.

July 21, 2017
A River, a Volleyball, and Secular Spirituality
Next Post

August 6, 2017 Not Thinking is Not the Goal
Recent Comments
0 | Leave a Comment
Browse Our Archives
Follow Us! 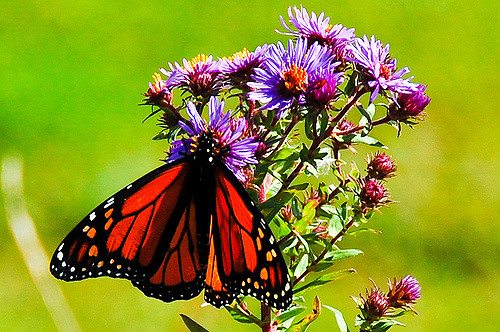 New Visions
Spiritual Hedonism and Beyond
The Spiritual Naturalist 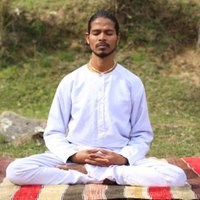 New Visions
Not Thinking is Not the Goal
The Spiritual Naturalist 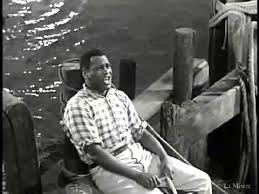 New Visions
A River, a Volleyball, and Secular Spirituality
The Spiritual Naturalist