Without some sense of conviction we’ll not accomplish much, nor be able to communicate effectively.  Neither will we progress far without benefiting from the insights of others. Of course that does not mean we have to swallow all opinions (our own or others)! Those who are sure they are right about everything are neither effective nor persuasive!  Ironically, Gautama, the Buddha, whose eyes were open to “the way things really are” (his phrase) also unleashed a mode of relating to the world marked by a healthy (one might even say holy) scepticism.

The most obvious example is his reply to the question to a group of people, the Kalamas, who asked, “Which teacher should we trust when they all claim their view is right and all others are wrong?” Gautama urged them not to use the ordinary criteria:

In other words, be sceptical of all that can seem so persuasive!  Test it, prove it, by your own experience:

In this he urges us to make subjective judgments, taking our eye away from universal and metaphysical concerns, even from cold reasoning. This was just the beginning of the pervasive scepticism of the philosophy he instigated, variously evidenced.

The Buddhist “two truth” concept affirms that there is absolute (ultimate) truth and conventional (relative) truth.  One way to put it is that our perceived ‘truths’ are like fingers pointing to the moon.  It would be a great mistake to identify the ‘finger’ as the actual reality. We can add that traditional concepts of the dynamic ‘emptiness’ of everything (shunyata), the subjective nature of our perceptions (implied in the five skhanda analysis of ‘Buddhist psychology’), and the crucial factor of conditionality (whose power and scope is most often not fully perceived) to understand the realities we experience.  These all combine to undermine our common sense  of what is “real” and “true”.

The Buddha told a fable of a bored king who had six blind beggars brought into a hall, in which he had stationed an elephant.  Each was introduced to a specific part, and asked what he was feeling.  “A spear, sire” (the tusk).  “A great fan” (the ear). “A rope” (the tail). And so forth…  Gautama used it as a warning to equate our fallible perceptions with reality.

Scepticism in popular usage can have a negative tone: mere negation, ignoring clear evidence, leaving us with nothing positive, laughing at “the blind beggars” like that insensitive king.  Yet this need not be.  There is a healthy scepticism that can assimilate and apply positive values and constructive actions, while viewing all claims about absolute truth and comprehensive perception with a critical eye.  Robert M. Ellis amply demonstrates this in his Middle Way Philosophy as does Stephen Batchelor (author of Buddhism Without Beliefs). Of course the ”religious” sensibility, full of reverence and celebration before what we experience as reliable and transformational, is inclined to absolutise the positive.  But there are some good reasons to avoid doing so.  Even a superficial acquaintance with social psychology and the emerging neurosciences & neurophilosophy (and indeed world history) underscore the dangers of taking apparent realities too seriously!

Just as a Copernican revolution shifted convictions that the universe was revolving around the earth, a new realisation is dawning that our senses (including reason) cannot  be expected to capture a complete sense of ‘the way things really are.’  This phrase was meant to describe that Buddha’s full awakening from self-centred perception (an end to greed, hatred, delusion). Yet many think of it as exposing the fullness of every reality under the sun, or, indeed beyond our solar system (much as some mistakenly view Jesus as omnipotent).  No one can know everything about everything – or, indeed, “the whole truth and nothing but the truth” about anything.  We human animals have our inherent limitations.  Our certainties must remain provisional.  Indeed we can function better if we remain sceptical (probing, testing, not easily convinced) about our own certainties, not just those of others.

Such thoughts were clarified by reading R. M. Ellis’ apologia for scepticism.  But their original  expression was as a cycle of poems.  What I really want to say is this:

A SKEPTIC FINDS HIS FAITH

I yearned for it,
believed it,
listened, studied, camped with those
who said they’s found it;
so much so that I confidently taught it.
And yet I’ve come to  sense
no flesh and blood has ever found it,
and that no one really needs it,
despite our great desire,
our addiction,
it may well be fiction.

Now this is funny: with such an inescapable inconfidence
I sense new strength, am nonetheless
more able to enjoy the journey.
Nevertheless
I still I keep moving, searching and companioning
eyes wide with wonder and
with laughter.

The Midst, the Mist

Within the midst, the mist,
I no longer pretend to see
the forms once viewed with clarity,
held surely,
admired for their strength and beauty,
and that mysterious more that we hope
will one day meet us.

Once I longed to be as overcome with awe and joy,
as some have claimed, and many sing:
that they had found and hold the prize.
That was before I became acquainted with the ambiguity of everything.

All I’ve ever wanted, now it seems, was this:
to be embraced by a deeper sense
of life’s reality.
But not with final confidence,
and not too seriously.

The Stream, The Shore, The Air

In the middle of the stream,
unclear about its depth,
uncertain of my own endurance,
I begin to realise the drift.
Soon I may be sinking,
a lifetime short of my intended destination.
Strangely without fear
I’m taken towards what still remains
unknown and unexplained:
maybe to the bottom (since we all are dying)
or perhaps the edge of some uncharted land,
another new beginning.

The raft I’m on begins to disappear
and though I never learned to swim
and can no longer see, nor understand
what’s really happening,
and feel the water rising with unmanageable speed,
I have a certain sense I’ve found my home,
and I am flying. 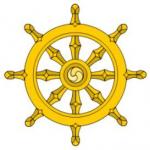 October 3, 2021 Hakuin and the Accusation
Browse Our Archives
get the latest updates from
The Spiritual Naturalist
and the Patheos
New Visions
Channel
POPULAR AT PATHEOS New Visions
1

New Visions
How to Pray as a Naturalist
The Spiritual Naturalist 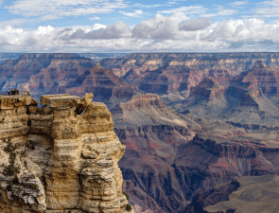 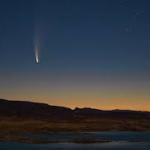 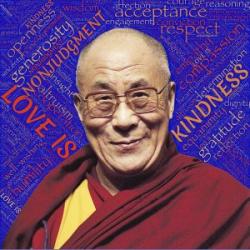 Being A Romantic
Throughout history, those afraid of the life of feelings have undermined their...
view all New Visions blogs
Copyright 2008-2021, Patheos. All rights reserved.